July 7, 2021 Ridley's Believe It Or Not World Chocolate Day 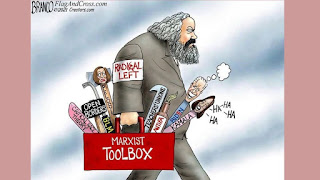 Chicago Gun Violence: Hey Jackass.com is alive and well to collect data to show that through July 6, 2,021, gun violence involving mostly persons of color shooting mostly persons of color in Chicago is alive and well with 2122 persons shot of whom 361 have died.
As always, I hope you enjoy today’s holidays and observances, factoids of interest for this day in history, a recording musical link to “Cherry Pink (and Apple Blossom White ” by Perez Prado and His Orchestra,  the fact that you are not a salacious person  and a quote by President Franklin D. Roosevelt at the dedication of the Boulder Dam, secure in the knowledge that if you want to send a gift for any memorable events like Fourth of July, college graduations, birthdays, weddings, or anniversaries, you know that the Alaskanpoet can provide you with a unique customized poem at a great price tailored to the event and the recipient. Please contact me for details on pricing.
1.  World Chocolate Day—celebrated by chocoholics first on this day in 2009 to coincide with the day in 1550 that chocolate was introduce into Europe.
2.  Tell the Truth Day—not sure who created this observance only to be sure it was not created by politicians who collect “Pinocchio’s  at the drop of a hat but no matter how painful it might be to tell, truth is a goal all of us should try to achieve in our daily and work lives.
3. 1955 Number 1 Song USA—the number 1 song in 1955 on this day was “Cherry Pink (and Apple Blossom White)” by Perez Prado and His Orchestra on a run of 10 weeks in that position to share with 10 other songs that achieved number 1 status. Here is a recording of “Cherry Pink (And Apple Blossom White)” by Perez Prado and His Orchestra: https://www.youtube.com/watch?v=ggSDeyPu_e4 Prado was a Cuban born pianist and bandleader and also known as “The King of Mambo.”
4.  Word of the Day—the word of the day is “salacious” which means lecherous which is a trait in the Me Too movement it would be best to have shed.
5.  Dynamic Duo--celebrating the birth on this day in 1924 of noted singer Iris Summers better known to her fans as Mary Ford who married Les Paul to create a duo in the 50’s that generated 28 hits for Capitol Records from 1950-1957 but with the advent of Rock n Roll their music fell out of favor and the two stopped singing as a duo when they divorced in 1964. Ford struggled with alcoholism and went into a diabetic coma for 8 weeks and died on September 30, 1977. Her tombstone bears the inscription “Vaya Con Dios” one of their long running hits in 1953.
On this day in:
a. 1931 Henry Kaiser later to win fame for his efforts to construct Liberty ships during World War II in heretofore record lengths of time, started construction of Boulder Dam, later renamed Hoover Dam in 1947, and completed it on March 1, 1936 two years ahead of schedule.
b. 1980 in a step backward from the 20th Century,  sharia law was instituted in Iran.
c. 2005 in London a series of 4 coordinated terrorist bombs went off in the London Transit System killing 57 people including the 4 jihadist suicide bombers and injured some 700 people.
d. 2007 the first Live Earth Concert was held in 11 locations around the globe with 150 musical acts participating to create awareness of the need to fight climate change.
e.  2019 the U.S. Women’s Soccer Team won its 4th World Cup by defeating the Netherlands 2-0.
Reflections on the construction of the Hoover Dam: “This morning I came, I saw, and I was conquered, as everyone would be who sees for the first time this great feat of mankind…Ten years ago the place where we gathered was an unpeopled, forbidding desert. In the bottom of the gloomy canyon whose precipitous walls rose to a height of more than a thousand feet, flowed a turbulent dangerous river….The site of Boulder City was a cactus-covered waste. And the transformation wrought here in these years is a twentieth century marvel.” “Speech by Roosevelt at the Dedication of Boulder Dam, September 30, 1935 in Edgar B. Nixon, ed., Franklin D. Roosevelt and Conservation.
Please enjoy the poems on events of interest on my twitter account below (if you like them, retweet, and follow me) and follow my blogs. Always good, incisive and entertaining poems on my blogs—click on the links below. Go to www.alaskanpoet.blogspot.com for Ridley’s Believe It Or Not—This Day in History,  poems to inspire, touch, emote, elate and enjoy and poems on breaking news items of importance or go to  Ridley's Believe It Or Not for just This Day in History.

© July 7, 2021 Michael P. Ridley aka The Alaskanpoet
Alaskanpoet for Hire, Poems to Admire
Poet Extraordinaire, Beyond Compare
A Unique Gift, All Recipients a Lasting Gift

Posted by Michael P. Ridley aka the Alaskanpoet at 12:08 AM