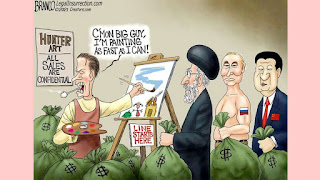 Chicago Gun Violence: Hey Jackass.com is alive and well to collect data to show that through July 11, 2,021, gun violence involving mostly persons of color shooting mostly persons of color in Chicago is alive and well with 2186 persons shot of whom 378 have died.
As always, I hope you enjoy today’s holidays and observances, factoids of interest for this day in history, a video recording musical link to “The Battle of New Orleans” by Johnny Horton,  the fact that you expect any trip to a hospital will result in a sanable experience and a quote by Hovhannes Bagramyan r on the Battle of Kursk, secure in the knowledge that if you want to send a gift for any memorable events like Fourth of July, college graduations, birthdays, weddings, or anniversaries, you know that the Alaskanpoet can provide you with a unique customized poem at a great price tailored to the event and the recipient. Please contact me for details on pricing.
1.  Simplicity Day—celebrating the ethos of Henry David Thoreau of living a simplistic life who was born on this day in 1817 which with our 24/7 lifestyles and loss of privacy is getting harder and harder to accomplish.
2.  National Pecan Pie Day-- celebrating the great Southern desert creation a pecan pie which is a pie hard to put down even if this highly evolved omnivore is clueless of who created this day and when first celebrated.
3. 1959 Number 1 Song USA—the number 1 song in 1959 on this day was “The Battle of New Orleans” by Johnny Horton on a run of 6 weeks in that position to join 15 other songs that achieved number 1 status and 8 other acts with their first number 1 song. Here is a video recording  by Johnny Horton of “The Battle of New Orleans”:  https://www.youtube.com/watch?v=mjXM6x_0KZk Just as Horton’s career was taking off on November 5, 1960 his prediction that he would die at the hands of a drunken driven came true on a bridge near Milano, Texas when an intoxicated student James Earl Davis lost control and ran his pickup truck head first into Horton’s car killing him and injuring the 2 passengers in the car. Davis was convicted of murder without malice and sentenced to 2 years which was probated.
4.  Word of the Day—the word of the day is “sanable” which means able to be healed which describes to a tee the thoughts of anyone heading into a hospital due to illness or surgery.
5.  Grindcore--celebrating the birth on this day in 1969 of noted guitarist Jesus "Jesse" Ernesto Pintado Andrade who was the lead guitarist of Napalm Death and coined the term “grindcore” which meant “noise and chaos” to describe his music. He was a heavy drinker and like to many with that problem he suffered from liver failure and died in a diabetic induced coma on August 27, 2006 at the young age of 37.

On this day in:
a. 1862 the Medal of Honor was authorized by Congress.
b. 1943 Soviet and German armed forces met during the Battle of Kursk in Operation Citadel in the Battle of Prohorovka in one of the  largest clash of tanks ever seen which when coupled with the landing of the Allies in Sicily broke the back of the Wehrmacht and caused them to soon withdraw from the battle and to insure that the Soviets would ultimately defeat the Germans in the East.
c. 1948 Israeli Prime Minister David Ben Gurion ordered the expulsion of Palestinians from the villages of Lod and Ramla.

© July 12, 2021 Michael P. Ridley aka The Alaskanpoet
Alaskanpoet for Hire, Poems to Admire
Poet Extraordinaire, Beyond Compare
A Unique Gift, All Recipients a Lasting Gift