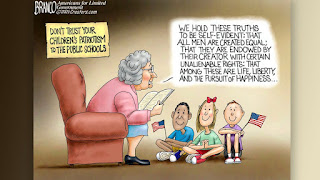 Chicago Gun Violence: Hey Jackass.com is alive and well to collect data to show that through July 1, 2021, gun violence involving mostly persons of color shooting mostly persons of color in Chicago is alive and well with 1989 persons shot of whom 339 have  died.
As always, I hope you enjoy today’s holidays and observances, factoids of interest for this day in history, a recording musical link to “Too Young” by Nat King Cole, the fact that you do not suffer from rutidosis, and a quote by Sam Walton on the secret of succeeding in the retail business, secure in the knowledge that if you want to send a gift for any memorable events like Fourth of July, college graduations, birthdays, weddings, or anniversaries, you know that the Alaskanpoet can provide you with a unique customized poem at a great price tailored to the event and the recipient. Please contact me for details on pricing.
1.  Made in the U.S.A. Day—created by Joel D. Joseph in 1989 to promote in the U.S. the purchase of goods made in the U.S.A. as the right thing to do to reduce our trade deficit and not reward bad players like China for their IP theft and illegal or objectionable trade practices to the detriment of American workers.
2. World Sports Journalists Day—created by the International Sports Press Association in 1994 to commemorate the founding of the International Sports Press Association on this day in 1924 during the 1924 Summer Olympics in Paris and to promote the work of sports journalists which in recent years seemed to have crossed the line and entered the field of political commentary.
3. 1951 Number 1 Song USA—the number 1 song in 1951 on this day on a run of 5 weeks in the position was “Too Young” by Nat King Cole to join 9 other songs in the number 1 position. Here is a recording of “Too Young” by Nat King Cole: https://www.youtube.com/watch?v=KaFtsqU2V6U.
4.  Word of the Day—the word of the day is “rutidosis” which means wrinkling which with greater life expectancy is a fate for most of us for our skin as we age.
5.  Full Throttle--celebrating the birth on this day in 1927 noted tenor saxophonist Lee Allen, considered by many to be one of the greatest saxophone players of all time who lived life at full throttle, enjoying music, women, drinking, smoking and golfing but like many who smoked to much played his last note on October 16, 1994 due to lung cancer.
On this day in:
a. 1776 the Continental Congress passed a resolution severing ties with Great Britain although the formal wording which became the Declaration of Independence was not published until 2 days later on the 4th.
b. 1962 the first Wal-Mart store was opened in Rogers, Arkansas to begin the chain now known as Walmart that has grown to 10,526 stores and clubs in 24 nations.                       c. 1964 after a long filibuster by Southern Democrats, Lyndon B. Johnson signed the Civil Rights Act of 1964 banning segregation in public places.
d. 1966 France intent on developing its nuclear Force de Frappe detonates its first nuclear weapon on the Moruroa  Atoll in the Pacific .
e.  1990 in a walking to Paradise moment, 1400 Muslims on a pilgrimage to Mecca were trampled to death and suffocated in a pedestrian tunnel in Mecca.


Posted by Michael P. Ridley aka the Alaskanpoet at 10:24 AM