July 27, 2021 Ridley's Believe It Or Not Bagpipe Appreciation Day 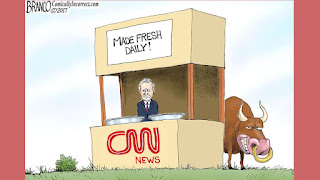 Chicago Gun Violence: Hey Jackass.com is alive and well to collect data to show that through July 26, 2021, gun violence involving mostly persons of color shooting mostly persons of color in Chicago is alive and well with 2478 persons shot of whom 425 have died.
As always, I hope you enjoy today’s holidays and observances, factoids of interest for this day in history, a video recording musical link to “(They Long to Be) Close to You” by The Carpenters,  the fact that you often find time to scamander on your walks, and a quote by Ashley Jensen on bagpipes, secure in the knowledge that if you want to send a gift for any memorable events like Labor Day, college graduations, birthdays, weddings, or anniversaries, you know that the Alaskanpoet can provide you with a unique customized poem at a great price tailored to the event and the recipient. Please contact me for details on pricing.
1.  National Korean War Armistice Day—celebrated since 1994 to honor those who served and died in the Korean War which started on June 25,1950 with the unprovoked invasion of South Korea by North Korea and the signing of the Korean War Armistice Agreement on this day in 1953 after 158 meetings spread over two years and 17 days, the longest time and the most meetings in history to reach an armistice.
2.  Bagpipe Appreciation Day—celebrating that unique musical instrument that keeps playing its eerie music  as long as the bag is full and has been around since Mesopotamian times and thoroughly enjoyed today by this Alaskanpoet who with a Scot for a mother and an Irish for a father and a Scot for a stepfather was doomed to enjoy the pipes. Please enjoy one of my favorites “Scotland the Brave"  https://www.youtube.com/watch?v=vBKBI7DOLHA                                                                             3. 1970 Number 1 Song USA—the number 1 song in 1970 on this day was “(They Long to Be) Close to You” by the Carpenters on a run of 4 weeks in that position to join 24 other songs that achieved number 1 status and join 13 other acts, who achieved their first number 1 song on the Billboard Hot 100. Here is a video recording by The Carpenters of “(They Long to Be) Close to You”:  https://www.youtube.com/watch?v=6inwzOooXRU Karen and Richard Carpenter were a soft rock duo of siblings who were active from 1969-1983 with a one year hiatus of Richard due to quaalude addiction. Sadly Karen suffered from anorexia and she ended the duo by dying from a heart attack from it on February 4, 1983.
4.  Word of the Day—the word of the day is “scamander” which means to meander as opposed to a direct course to get from point A to point B.
5.  Going Out in Style But Still Going Out--celebrating the birth on this day in 1981 of Dash Snow, a controversial photographer and artist whose work depicted scenes of sex, drug-taking, violence and art-world pretense with candor, documenting the decadent lifestyle of a group of young New York City artists and their social circle. He lived what he photographed, and the snow melted forever on July 13, 2009 in a $325 a night hotel room from a drug overdose at the age of 27.

On this day in:
a. 1948 in a great step in the fight to combat diabetes researchers at the University of Toronto led by biochemist Frederick Banting proved that the hormone insulin regulated the level of blood sugar in the body.
b. 1929 the Geneva Convention of 1929 dealing with the treatment of prisoners of war was signed by 53 nations and became effective of June 19, 1931.
c. 1990 the Americans With Disabilities Act was signed into law by President George H.W. Bush.

d. 1995 the Korean War Veterans Memorial was dedicated in Washington, D.C.
e.  1996 a pipe bomb planted at Centennial Olympic Park in Atlanta during the Olympics by Eric Rudolph exploded killing 1 and injuring 111 people. Rudolph was arrested, pled guilty to avoid the death sentence and is now rotting away in prison for life without possibility of parole.
Reflections on bagpipes: “When I hear the bagpipes, it makes the hairs on ,my neck stand on end. It always makes me weep.” Ashley Jensen, Emmy award nominated actress born in Scotland. If the pipes are playing “Amazing Grace” there will be a lot of people weeping with her, including the Alaskanpoet.
Please enjoy the poems on events of interest on my twitter account below (if you like them, retweet, and follow me) and follow my blogs. Always good, incisive and entertaining poems on my blogs—click on the links below. Go to www.alaskanpoet.blogspot.com for Ridley’s Believe It Or Not—This Day in History,  poems to inspire, touch, emote, elate and enjoy and poems on breaking news items of importance or go to  Ridley's Believe It Or Not for just This Day in History.

Posted by Michael P. Ridley aka the Alaskanpoet at 10:09 PM