July 5, 2021 Ridley's Believe it Or Not National Workaholics Day 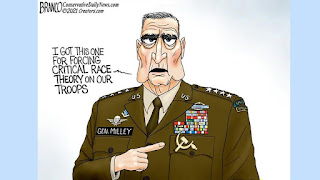 Chicago Gun Violence: Hey Jackass.com is alive and well to collect data to show that through July 4, 2021, gun violence involving mostly persons of color shooting mostly persons of color in Chicago is alive and well with 2082 persons shot of whom 355 have died.
As always, I hope you enjoy today’s holidays and observances, factoids of interest for this day in history, a recording musical link to “The Song from Moulin Rouge (Where Is My Heart?)” by Percy Faith, the fact that you do not suffer from sacralgia, and a quote by L.B.O. Ceallaigh on rabies, secure in the knowledge that if you want to send a gift for any memorable events like Fourth of July, college graduations, birthdays, weddings, or anniversaries, you know that the Alaskanpoet can provide you with a unique customized poem at a great price tailored to the event and the recipient. Please contact me for details on pricing.
1.  National Mechanical Pencil Day—created by Cult Pens, a seller of fine pens and writing instruments, and first celebrated on this day in 2018; this writing instrument has two great advantages—first that you never have to sharpen it and second you never have to find a waste basket when you have to empty the wood shavings when your pencil sharpener is full.
2. National Workaholics Day—celebrating or rather pitying those workers who are consumed by their work to the point that they ignore other goals, their health, and friends and family.
3. 1953 Number 1 Song USA—the number 1 song in 1953 on this day on a run of 10 weeks non continuous in the position was “The Song from Moulin Rouge (Where Is Your Heart?)” by Percy Faith and his Orchestra to join 8 other songs in the number 1 position. Here is a recording of “The Song from Moulin Rouge (Where Is Your Heart?)” by Percy Faith and His Orchestra My Heart” by Percy Faith and His Orchestra: https://www.youtube.com/watch?app=desktop&v=M3hWamittvo.                                                       4.  Word of the Day—the word of the day as we leave words starting with “r” and move to those starting with “s” is “sacralgia” which means a pain in the sacrum which is another reason to go horseback riding infrequently.
5.  This Babe Dressed in Vogue--celebrating the birth on this day in 1915 of Babe Paley, a noted model and fashion editor for Vogue, who became the second wife of William Paley, the founder of CBS, and was noted for being the best dressed woman 14 times. Sadly she was a heavy smoker probably due in part to the extramarital affairs of her husband Bill and was diagnosed with lung cancer in 1974 and died 1 day after her 63rd birthday on July 6, 1978.
On this day in:
a. 1885 Louis Pasteur successfully tested his rabies vaccine on 9 year old Joseph Meister who had been bitten by a rabid dog. He did not develop rabies and went on as an adult to become the caretaker of the Louis Pasteur Institute but 10 days after the Wehrmacht entered Paris in 1940, he committed suicide at the age of 64 on June 24, 1940.
b. 1944 The Ringling Brothers and Barnum and Bailey Circus was performing its circus in Hartford, Connecticut under a tent which could accommodate 9,000 spectators when the tent coated with fire to waterproof it but made it very flammable caught fire and quickly spread causing pandemonium and panic  and when the fire ended some 168 spectators had died and some 500 more had been injured.
c. 1986 Davis Phinney became the first America to win a road stage in the Tour de France.
d. 2006 the Nathu La pass sealed during the Indo-China War was reopened to trade after 44 years.
e.  2013 in a glaring example of why pipelines are safer to transport petroleum, a 73 tanker car train derailed at Lac-Mégantic, Quebec which the resulting fires and explosions destroyed most of the town’s downtown center and killed 47 people.