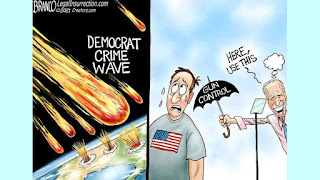 Chicago Gun Violence: Hey Jackass.com is alive and well to collect data to show that through June 30, 2021, gun violence involving mostly persons of color shooting mostly persons of color in Chicago is alive and well with 1954 persons shot of whom 334 have died.
As always, I hope you enjoy today’s holidays and observances, factoids of interest for this day in history, a recording musical link to “The Third Man Theme” by Anton Karas and his zither, the fact that you rarely do anything that would merit ruth, and a quote by Willie Nelson on Lance Armstrong and The Tour de France, secure in the knowledge that if you want to send a gift for any memorable events like Fourth of July, college graduations, birthdays, weddings, or anniversaries, you know that the Alaskanpoet can provide you with a unique customized poem at a great price tailored to the event and the recipient. Please contact me for details on pricing.
1.  Canada Day—originally celebrated on July 1, 1867 as Dominion Day to commemorate Canada becoming a Dominion of Britain and now celebrated as Canada as it is now an independent country.
2. Zip Code Day—commemorating the day in 1993 in an attempt to speed up the mail, the USPS instituted the 5 digit zip code to be attached at the end of all addresses.
3. 1950 Number 1 Song USA—the number 1 song in 1950 on this day on a run of 11 weeks in the position was “The Third Man Theme” by Anton Karas to join 11 other songs in the number 1 position. Here is a recording of “The Third Man Theme” by Anton Karas: https://www.youtube.com/watch?v=2oEsWi88Qv0. Karas forever memorialized the zither as a musical instrument in the film.
4.  Word of the Day—the word of the day is “ruth” which means pity which is what we should feel for the likes of the Squad who know not the damage they do.
5.  Aging With Grace and Dignity--celebrating the birth on this day in 1916 of one of the more noted actresses of her time in a career spanned 53 years Olivia De Havilland who became the longest living Academy Awards Winner until her final curtain call on July 26, 2020 of natural causes at 104.

On this day in:
a. 1903 the start of the first Tour de France.
b. 1979 to the joy of music lovers everywhere, SONY introduced the Walkman.
c. 1980 “O Canada” became the official national anthem of Canada.
d. 1991 the Warsaw Pact was  officially dissolved.
e.  2020 the United States-Mexico-Canada Act came into force replacing  the disastrous agreement of NAFTRA.

Please enjoy the poems on events of interest on my twitter account   below (if you like them, retweet, and follow me) and follow my blogs. Always good, incisive and entertaining poems on my blogs—click on the links below. Go to www.alaskanpoet.blogspot.com for Ridley’s Believe It Or Not—This Day in History,  poems to inspire, touch, emote, elate and enjoy and poems on breaking news items of importance or go to  Ridley's Believe It Or Not for just This Day in History.

© July 1, 2021 Michael P. Ridley aka The Alaskanpoet
Alaskanpoet for Hire, Poems to Admire
Poet Extraordinaire, Beyond Compare
A Unique Gift, All Recipients a Lasting Gift

Posted by Michael P. Ridley aka the Alaskanpoet at 10:29 PM