June 7, 2021 Ridley's Believe It Or Not National Citizens Against Police Harassment Police Against Citizen Harassment Daynsta

Guatemala:  Active Cases:  14,316  Deaths/M 456
Honduras:    Active Cases: 149,197  Deaths/M 645
El Salvador:  Active cases:     2,652  Deaths/M 349
US Vaccinations: As of 6/7/21 302.9 million doses finally after decreasing for several days falling to below 1 million to increase to 1.03 million per day which means if the rate does not increase it will take us now back to some 6 months to have 75% of the population vaccinated which many believe is necessary to develop herd immunity. In California 39,541,180 total doses have been given (82.5% of doses received to exceed the U.S. average of 81.5%), but even with the pressure of a recall to be scheduled this fall which hopefully end Newsom’s term, California has not moved  from  25th out of the 50 states in terms of the percentage of doses administered as a percentage of doses delivered to the states and at 44.9% of its population fully vaccinated compared to the U.S. average of 42.1% has moved up from  19th   to 18th among the 50 states.  A long way to go still to get herd immunity in terms of getting vaccines received into arms and the percentage of the population fully vaccinated compared to other states which means a great reason to recall this inept and hypocritical governor.
Non  CV News: Our MIA immigration czar in the eyes of Progressives like AOC may have become the latest racist in her declaration that migrants should not be making the dangerous trip to the U.S. as they will be returned (sadly Biden’s actions on curtailing I.C.E. deportations makes a mockery of that statement which most if not all the illegals coming from the Northern Triangle will ignore); Where’s Waldo is so blind that she cannot see the “root cause” of the illegal migration surge—Biden’s open border policies that the Guatemalan President blamed for the surge; our VP is rapidly becoming the new narcissist as she passed out cookies to reporters on Air Force 2 bearing her likeness (appropriately mocked on Twitter and head removing similarity to Marie Antoinette’s infamous response “Let them eat cake”; why Rep. Omar has not been censured and why she is still on any House committees has to be a great mystery as she ranted again placing the U.S. in the same boat as Hamas and the Taliban in terms of crimes against humanity (wonder how long she would last in a Taliban run country?); despite early announcements that Bill and Melinda Gates’ divorce would be amicable reports are coming out that that many not be the case and the NDA’s signed by Microsoft employees will not prevent employees from testifying on inappropriate behavior in the workplace by Bill; pick up any paper or listen to any local news and it is clear that violent crimes are soaring almost exponentially, a fact exemplified as a man in Atlanta’s Buckhead neighborhood, one of the wealthiest zip codes in the nation was shot twice walking his dog Saturday morning by a black who stopped next to him, lowered his tinted windows, shot him twice and sped off run into another pedestrian and then crash and was fortunately arrested; Michigan has announced its first confirmed case of rat borne hantavirus that has a scary fatality rate of 40%; the FDA has approved Biogen’s Alzheimer’s drug, the first drug approved in two decades to treat the disease that the elderly and their caretakers should really fear; AOC wins the prize for another inane rant blaming Trump for the fact that her grandmother who lives in Puerto Rico has not received any help for damages caused by the hurricanes that devastated the island ignoring the fact that she had done nothing for her beloved grandmother so conservative Matt Walsh started a Go Fund Me account and quickly raised $100,000 which AOC’s grandmother refused to accept (another example of the generosity of Americans to reach out and help their fellow Americans even if living in Puerto Rico and another example of why no one in their right mind should listen to AOC and the Squad); Katie Valenzuela, who is a firebrand socialist and sits on the Sacramento City Council, has hired leftist podcaster Skyler Henry to assist her in communicating digitally with her constituents but Henry is best known for his rants that Senator Sinema should be terrorized for life not able to leave her home and the same should be true for Valenzuela’s fellow members of the Sacramento City Council; as Dr. Fauci’s reputation is being shredded by leaked emails, leave it to the political cartoonist to bring HRC’s advice on how to handle emails in her obstructionist mentality: 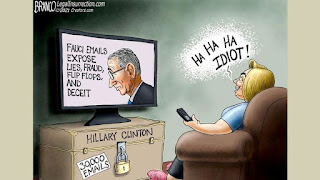 Chicago Gun Violence: Hey Jackass.com is back to show  that   through June  5, 2,021, gun violence involving mostly persons of color shooting mostly persons of color in Chicago is alive and well with 1547 persons shot of whom 267 have died.
As always, I hope you enjoy today’s holidays and observances, factoids of interest for this day in history, a video musical link to “Can’t Hold Us” by Macklemore and Ray Lewis feat. Ray Dalton, the fact that your actions are rarely regarded as risible, and a quote from an anonymous source on the 2005 London Suicide bombings, secure in the knowledge that if you want to send a gift for any memorable events like Father’s Day, college graduations, birthdays, weddings, or anniversaries, you know that the Alaskanpoet can provide you with a unique customized poem at a great price tailored to the event and the recipient. Please contact me for details on pricing.
1.  National Citizens Against Police Harassment Police Against Citizen Harassment-Day—created Greshun De Bousse and first celebrated on this day in 2021 as a day of solidarity promoting respect mutuality between police and citizens and raising awareness of the need for eradication of both police-citizen harassment and citizen-police harassment. Finer goals indeed as respect should be a two-way street free of harassment from both sides but good bet BLM will not buy into this day nor the left and its charge of prevailing systematic racism.
2. June Bug Day—celebrating the time when June Bugs, a member  of the Phyllophaga genus, which consists of over 269 species of New World scarab beetles tend to become active emerging from the ground where they have been hiding out for up to 3 years to emerge for food and mates.
3. 2013 Number 1 Song USA—the number 1 song in 2013 on this day was “Can’t Hold Us” by Macklemore and Ryan Lewis feat. Ray Dalton on a run of 5 weeks in that position to join 10 other songs reaching number 1 and 7 other acts that achieved their first number 1 song either as the lead artist or featured guest.  Here is a video recording by Macklemore and Ryan Lewis feat. Ray Dalton of “Can’t Hold Us:  https://www.youtube.com/watch?v=2zNSgSzhBfM Macklemore and Ray Lewis  were a rapper duo from Seattle active from 2008 until 2017 when they went on hiatus. Ray Dalton is a Seattle singer who has been singing since to the age of 6 and is still active as a solo singer today.
4.  Word of the Day—the word for today is “risible” which means laughable which describes Where’s Waldo attempt to use jokes in her speeches.
5.  Brought to Fame With the B-Bender--Laid Low by Drinking Bender--celebrating the birth on this day in 1944 of Clarence White, noted guitarist, country western singer and singer/guitarist with the Byrds and inventor of the B-Bender that enabled a guitarist to simulate the crying sound of a steel pedal sound on a Fender Guitar. Sadly, this talented musician and singer’s career was cut short by a DUI driver coming from a bender and running into a car White was loading musical equipment into on July 15, 1973 at the age of 29.
On this day in:
a. 1958 to the joy of Alaskans fed up being ruled by a distant and uncaring federal government in the Swamp were overjoyed that President Dwight D. Eisenhower signed the Alaskan Statehood Act.
b. 1985 Swedish tennis player Bjorn Borg at the age of 17 became    the youngest tennis player at age 17 to win a championship at Wimbledon Stadium.
c. 2005 4 jihadists, 3 of whom were Pakistanis born in England and the other in Jamaica, detonated suicide bombs on 3 trains and 1 double decker bus in London, punching their 1 way misguided tickets to Paradise while taking 52 innocents with them and injuring 784.
d. 2007 the first Live Earth concert to raise proceeds to fight climate change was held at 11 locations around the planet with 150 musical acts participating but revealed the hypocrisy as many of the acts used private jets to travel to the venues inefficiently spewing massive amounts of carbon into the atmosphere.
e. 2016 a former U.S. Army member Micah Johnson, an African American outraged over police shootings of blacks, at an anti-police rally in Dallas, Texas shot 14 policemen, 5 of whom fatally and in the following shootout with police had the dubious distinction of the first person killed by a police robot armed with a bomb.
Reflections on 2005 London subway and bus bombings:      "We took on  the Romans, the Saxons, the Danes, the French, William Wallace, the Black Plague, the Roundheads, the Great Fire, Napoleon, the Nazis, and the Blitz, and we’re still here. You terrorists are bloody amateurs.” Anon but still conveys the spirit of why there will always be an England.
Please enjoy the poems on events of interest on my twitter   account below (if you like them, retweet, and follow me) and follow my blogs. Always good, incisive and entertaining poems on my blogs—click on the links below. Go to www.alaskanpoet.blogspot.com for Ridley’s Believe It Or Not—This Day in History,  poems to inspire, touch, emote, elate and enjoy and poems on breaking news items of importance or go to  Ridley's Believe It Or Not for just This Day in History.

© June 7, 2021 Michael P. Ridley aka The Alaskanpoet
Alaskanpoet for Hire, Poems to Admire
Poet Extraordinaire, Beyond Compare
A Unique Gift, All Recipients a Lasting Gift

Posted by Michael P. Ridley aka the Alaskanpoet at 4:07 AM