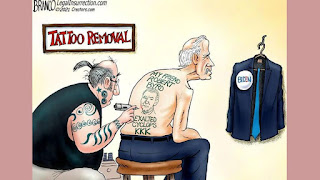 Chicago Gun Violence: Hey Jackass.com is back to show  that   through June 2, 2021, gun violence involving mostly persons of color shooting mostly persons of color in Chicago is alive and well with 1476 persons shot of whom 255 have died.
As always, I hope you enjoy today’s holidays and observances, factoids of interest for this day in history, a video musical link to “OMG” by Usher feat.will.i.am, the fact that you have a rident personality, and a quote from Al Waxman witnessing the Zoot Suit Riots, secure in the knowledge that if you want to send a gift for any memorable events like Father’s Day, college graduations, birthdays, weddings, or anniversaries, you know that the Alaskanpoet can provide you with a unique customized poem at a great price tailored to the event and the recipient. Please contact me for details on the pricing.
1. World Bicycle Day—created by the General Assembly in 2018 12 to recognize the importance of bicycles for over 2 centuries as an environmentally fit mode of transportation and now recognized that use of them can be critical in treating Type I and II diabetes in societies that have seen fit to become heavier and more sedentary.
2. World Club Foot Day—celebrated on this day since 2013 as an initiative of the Ponseti International Association to commemorate the birthday of Ignacio Ponseti, the pioneer of the Ponseti technique for clubfoot which has been instrumental in giving mobility to those affected with it.

3. 2010 Number 1 Song USA—the number 1 song in 2010 on this day was “OMG” by Usher feat. will.i.am on a run of 3 weeks in that position to join 16 other songs reaching number 1 and 8 other acts that achieved their first number 1 song either as the lead artist or featured guest.  Here is a video recording by Usher feat. will.i.am of “OMG”:  https://www.youtube.com/watch?v=1RnPB76mjxI “OMG” was Usher’s 9th number one single and he became the first artist to have a number one song in the 1990’s, the 2000’s and the 2010’s. will.i.am is the co-founder of The Black Eyed Peas.
4.  Word of the Day—the word for today is “rident” which  describes      someone laughing or smiling radiantly which describes our Where’s Waldo with respect laughing but not smiling radiantly.
5.  Turn, Turn, Turn--celebrating the birth on this day in 1946 of musician Michael James Dick better known to his fans as a member of The Byrds--Michael Clarke who was their drummer, but sadly suffered from a lifetime of heavy drinking and died at age 47 from liver failure on December 19, 1993.
On this day in
a. 1937 having previously abdicated his throne “to marry the woman I love” on December 10, 1936, the former King Edward VIII now the Duke of Windsor married Wallace Simpson.
b. 1943 U.S. Sailors and Marines started attacking Hispanic youths wearing  “Zoot Suits” and when the attacks had ended on the 8th, some 150 Hispanics had been injured.
c. 1979 the Oil Drilling Platform Itox-1 in the Southern part of the Gulf of   Mexico blew ultimately releasing, before it was capped on March 23, 1980, over 3 million barrels of oil in the second worst oil spill but at least as the oil was heading toward one of the few nesting sites for the Ridley Kemp Sea Turtles, thousands of the baby turtles of this endangered species were airlifted to areas of the Gulf of Mexico free from oil contamination.
d. 2013 the trial of transgender Chelsea Manning for release of classified documents to WikiLeaks began which resulted in her conviction and sentencing to 35 years imprisonment which was commuted to 7 years by Barack Obama before leaving office on January 17, 2017 which resulted in her being released from prison on May 17, 2017.
e. 2017 3 Islamic jihadists in London drove their van into pedestrians on   the  London Bridge then jumped out to run into a nearby market where they started stabbing people before having police punch their one-way ticket to Paradise but not before they killed 8 people and wounded 48 including 4 policemen who unfortunately were not armed.                    Reflections on the Zoot Suit Riots, another sad moment in American history:                  “Our boys came out of a pool hall.  They were wearing the zoot-suits that have become the symbol of a fighting flag. Police ordered them into arrest cars. One refused. He asked: “Why am I being arrested?” The police officer answered with three swift blows of the night-stick across the boy’s head and he went down. As he sprawled, he was kicked in the face. Police had difficulty loading his body into the vehicle because he was one-legged and wore a wooden limb. Maybe the officer didn’t know he was attacking a cripple.
At the  next corner a Mexican  mother  cried out,  “Don’t take my boy, he did nothing. He’s only fifteen years old. Don’t take him.” She was struck across the jaw with a night-stick and almost dropped the two-and-a-half-year-old baby that was clinging in her arms. . . .
Rushing back to the east side to make sure that things were quiet here,    I came upon a band of servicemen making a systematic tour of East First Street. They had just come out of a cocktail bar where four men were nursing bruises.     Three autos loaded with Los Angeles policemen were on the scene but the soldiers were not molested. Farther down the street the men stopped a streetcar, forcing the motorman to open the door and proceeded to inspect the clothing of the male passengers. “We’re looking for zoot-suits to burn,” they shouted. Again the police did not interfere. . . . Half a block away . . . I pleaded with the men of the local police substation to put a stop to these activities. ‘It is a matter for the military police,’ they said.” Al Waxman in Eastside Journal

© June 3, 2021 Michael P. Ridley aka The Alaskanpoet
Alaskanpoet for Hire, Poems to Admire
Poet Extraordinaire, Beyond Compare
A Unique Gift, All Recipients a Lasting Gift

Posted by Michael P. Ridley aka the Alaskanpoet at 12:44 AM