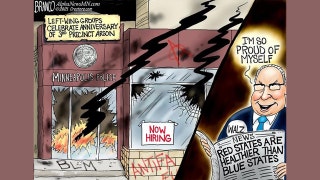 Chicago Gun Violence: Hey Jackass.com is back to show  that   through June 5, 2,021, gun violence involving mostly persons of color shooting mostly persons of color in Chicago is alive and well with 1534 persons shot of whom 266 have died.
As always, I hope you enjoy today’s holidays and observances, factoids of interest for this day in history, a video musical link to “Someone I Used to Know” by Gotye feat. Kimbra, the fact that you have dodged the a rimple bullet, and a quote from former British Paratrooper who jumped on D-Day Harry Read, secure in the knowledge that if you want to send a gift for any memorable events like Father’s Day, college graduations, birthdays, weddings, or anniversaries, you know that the Alaskanpoet can provide you with a unique customized poem at a great price tailored to the event and the recipient. Please contact me for details on pricing.
1.  D-Day—commemorating the largest amphibious land in world history when over 162,000 Allied forces landed on the Normandy Coast of France in what would be called “The Longest Day” and the insuring of the end of the !000 Year Reich.
2. National Cancer Survivor Day--created by Merrill Hastings at the second meeting of the National Coalition for Cancer Survivorship on November 20,1987 to promote the idea that with proper screening and early treatment that cancer is treatable and not a death sentence.
3. 2012 Number 1 Song USA—the number 1 song in 2012 on this day was “Someone I Used to Know” by Gotye feat. Kimba on a run of 8 weeks in that position to join 12 other songs reaching number 1 and 5 other acts that achieved their first number 1 song either as the lead artist or featured guest.  Here is a video recording by Gotye feat, Kimbra of “Somebody I Used to Know”:  https://www.youtube.com/watch?v=8UVNT4wvIGY Gotye is a 41 year old Australian singer/songwriter who has been performing since 2001. Kimbra is a 31 year old singer/songwriter from New Zealand who has been performing since 2000.
4.  Word of the Day—the word for today is “rimple” which means to wrinkle which is an attribute of old age which vain people like the Botox Queen spend lots of money to avoid being seen with them.
5.  Oops Big Time Moment--celebrating the birth on this day in 1896 of Italo Balbo, an aviator instrumental in expanding the Italian Air Force and Governor General of Libya who while on a flight to Tobruk was mistaken for a British bomber and shot down killing him and all aboard; also noted for his criticism of anti-Semitism.
On this day in:
a. 1889 in the afternoon a heated glue pot in a wood working shop in Seattle was tipped over to start and fire that quickly spread until after burning 25 city blocks and destroying Seattle’s business district and killing 1 person and a million rats, it ran out of buildings to burn and rats to kill and was put out in the early morning hours of June 7.                     b. 1933 the first drive-in theater was opened in Camden, New Jersey.
c. 1944 it what would be the beginning of the nailing of the coffin of the    Third Reich, 160,000 Allied troops crossed the English Channel to land from the air inland from the Normandy beaches and on 5 beaches on the Normandy coast to at the end of the Longest Day be linking up with the paratroopers and beginning to drive inland.
d. 1971 Soyus 11, the only space probe whose crew entered the world’s first space station, Salyut 1 to spend 22 days there on returning to Earth had an decompression while preparing to reenter the Earth’s atmosphere, killing the 3 Cosmonauts aboard giving the unfortunate Russians the dubious distinction to be the only humans to die in space as opposed to during reentry or during launch.
e. 1975 in a referendum on remaining in the European Economic Community, 67% of British voters voted in favor of remaining.
Reflections on D-Day: "It was a different world then. It was a world that required young men like myself to be prepared to die for a civilization that was worth living in."--Harry Read, British D-Day veteran who jumped again this week with the British Parachute Regiment's freefall display team. Chilling reminder of what the cancel culture and Woke attacks are exposing this nation to.
Please enjoy the poems on events of interest on my twitter   account below  (if you like them, retweet, and follow me) and follow my blogs. Always good, incisive and entertaining poems on my blogs—click on the links below. Go to www.alaskanpoet.blogspot.com for Ridley’s Believe It Or Not—This Day in History,  poems to inspire, touch, emote, elate and enjoy and poems on breaking news items of importance or go to  Ridley's Believe It Or Not for just This Day in History.

© June 6, 2021 Michael P. Ridley aka The Alaskanpoet
Alaskanpoet for Hire, Poems to Admire
Poet Extraordinaire, Beyond Compare
A Unique Gift, All Recipients a Lasting Gift

Posted by Michael P. Ridley aka the Alaskanpoet at 7:31 PM