June 1, 2021 Ridley's Believe It Or Not Global Day of Parents 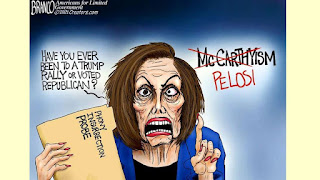 Chicago Gun Violence: Hey Jackass.com is back to show that through May 31, 2021,  gun violence involving mostly persons of color shooting mostly persons of color in Chicago is alive and well with 1449 persons shot of whom 250 have died.
As always, I hope you enjoy today’s holidays and observances, factoids of interest for this day in history, a video musical link to “Boom Boom Pow” by The Black Eyed Peas, the fact that you are not prone to speak in riddle-me-ree, and a quote from Henry Heimlich on saving a choking victim with his maneuver, secure in the knowledge that if you want to send a gift for any memorable events like Father’s Day, college graduations, birthdays, weddings, or anniversaries, you know that the Alaskanpoet can provide you with a unique customized poem at a great price tailored to the event and the recipient. Please contact me for details on the pricing.
1. Global Day of Parents—created by the General Assembly in 2012 to recognize  the importance of parents in the upbringing of children and the need for families that create loving and nurturing environments which in our society with so many blacks being born out of wedlock the presence of both parents is so critical to their proper development.
2. World Milk Day—created by the UN’s Food and Agriculture Organization in 2001 to recognize the importance of milk and other dairy products as a food source and income source throughout the globe.
3. 2009 Number 1 Song USA—the number 1 song in 2009 on this day was “Boom Boom Pow” by The Black Eyed Peas on a run of 12 weeks in that position to join 12 other songs reaching number 1 and 5 other acts that achieved their first number 1 song either as the lead artist or featured guest.  Here is a video recording by The Black Eyed Peas of  “Boom Boom Pow”: https://www.youtube.com/watch?v=4m48GqaOz90   The Black Eyed Peas was founded in 1995 in Los Angeles as an alternative hip hop group that had little success until rebranding as a pop rap group with their third album Elephunt in 2003 and have gone on to sell some 80 million records and still performing today.
4.  Word of the Day—the word of the day is “riddle-me-ree” which means nonsense language which describes too often what we hear from the MSM and sadly too often on both sides of the political aisle but more often than not from the lips of the Squad.
5.  Paperback Writer--celebrating the birth on this day in 1950 of noted author and screenwriter Michael McDowell, who Stephen King called “the finest writer of original paperbacks in America today.” This talented writer collected death memorabilia and had a collection of 76 boxes and sadly was diagnosed with AIDS in 1994 which prompted him to begin teaching screenplay at Boston University and Tufts until his death on December 27, 1999.
On this day in
a. 1890 the U.S. Census Bureau started using Herman Hollerith’s tabulating machine  to tally census returns.
b. 1974 the lifesaving procedure for choking victims the Heimlich maneuver was published in Emergency Medicine.
c. 1980 the leader in leftist bias Cable News Network (CNN) began broadcasting.
d. 2008 a fire that broke out in a back lot of Universal Studio destroyed the King Kong Encounter and as reported by the New York Times in 2019 over 100,000 master music tapes.
e. 2009 General Motors filed for Chapter XI Bankruptcy, the 4th largest bankruptcy in U.S. history.
Reflections on the Heimlich maneuver: “After three compressions this piece of meat just came out and Patty Ris started breathing, Patty Ris whole face changed, I felt sort of wonderful about it, having just saved that girl.” Henry Heimlich, the thoracic surgeon who gave us the Heimlich maneuver on his use of the maneuver for the first time at age 96 on May 23, 2016 on a fellow resident at his senior living facility, Patty Ris.

© Jun1 1, 2021 Michael P. Ridley aka The Alaskanpoet
Alaskanpoet for Hire, Poems to Admire
Poet Extraordinaire, Beyond Compare
A Unique Gift, All Recipients a Lasting Gift

Posted by Michael P. Ridley aka the Alaskanpoet at 3:46 PM