Standing: On a deaths per million population measure on a steady   but slowing climb to 1848 the U.S. ranks behind Peru (5655) the new number 1 which has had a quantum leap in deaths previously unmatched which may be a change in the method of reporting; Hungary the new number 2 has had a huge continuing surge in deaths with the increase now slowing down and improving slightly to  3.93% of its closed cases have died (3106), aping Hungary in terms of increase in deaths Bulgaria 2597),   Brazil (2282) which has been hit with a rapid rise in deaths and cases and passed us and Italy, Belgium (2156), (Italy (2105), Poland (1974) and the UK (1875) which had passed us despite leading world in testing and now has new deaths barely increasing), and Argentina (1887), and slightly better than Mexico (1768), Spain (1721),  France (1689), Portugal (1677), Romania (1672), Chile (1602), Sweden (1431) that never closed its economy down like we did but has recently been experiencing a steady rise in deaths, Bolivia (1321) and Switzerland (1247).               Tests: We have now conducted 495,257,573 tests (now at 1,487,932/M) compared to number 2 now France at 1,365,761/M) as we are conducting more tests in number and on a per capital basis for all nations (other than those nations that contain small populations like Bahrain, Denmark, Israel, Malta, Singapore and UAE) other than the U.K. which remains as king of the mountain with respect to tests at 2,884,550/M.
CV Open Gate: Lost in the pronouncements by Biden and his lackeys   that there is no crisis of illegals surging across the border is that fact that COVID-19 is alive and well and spreading in the Northern Triangle and Mexico which has moved down to 11th  on my list of deaths from the pandemic having been passed by Argentina at 1768/M with a death rate of 10.53% of closed cases and the 3 countries in the Northern Triangle in terms of active cases and deaths per million are as follows even though the data may be suspect as underreported (regardless of number we need no more cases):

US Vaccinations: As of 6/14/21 310.6 million doses finally after decreasing for several days falling to below 1 million to decrease from 1.14 million per day to 1.11 million which means if the rate does not increase it will take us now down to some 5 months to have 75% of the population vaccinated which many believe is necessary to develop herd immunity. In California 40,236,460 total doses have been given (84.1% of doses received to exceed the U.S. average of 83.0%), but even with the pressure of a recall to be scheduled this fall which hopefully end Newsom’s term, California has moved  up barely  from  25th  to 24th of the 50 states in terms of the percentage of doses administered as a percentage of doses delivered to the states and at 46.6% of its population fully vaccinated compared to the U.S. average of 43.7% has  moved from 20th to 19th among the 50 states.  A long way to go still to get herd immunity in terms of getting vaccines received into arms and the percentage of the population fully vaccinated compared to other states which means a great reason to recall this inept and hypocritical governor.
Non  CV News: Maybe in an attempt to tout its diversity the Fairfax County School Board picked its lone Muslim member Ambrar Omeish to deliver a graduation speech where warned students they were entering a world marred by racism and individualism (haven’t read it but given the fact that her father was active at a mosque attended by 2 the 911 hijackers, Fort Hood shooter Hasan and radical imam Anwar Al-Awlaki it was probably more like a call to jihad); in another reason not that it is needed for Reds to retake the House, Kevin McCarthy has vowed a day of reckoning for Illan Omar (as expected Pelosi’s Puppets blocked Red attempts to have her removed from her committees); Facebook wanted to use a song by Roger Waters of Pink Floyd “Just Another Brick in the Wall Part 2” and Waters replied to Zuckerberg to profanely in essence to pound sand, calling him a “little pr**k”; in an example of the leftist drumbeat of systematic racism and white supremacy effects police have arrested felon Justin Tyran Roberts for targeting 5 whites and shooting them multiple times in five states (his mug picture is a photo of pure hate): 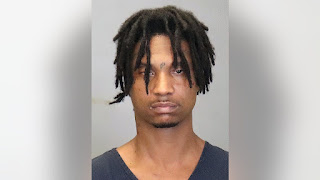 despite signed contracts and appropriated funds for the border wall, the GAO has ruled that Biden’s executive order halting construction of sections already being constructed; Disneyland touts itself as the “happiest place in the world” but the reality of the dangers of modern life have resulted in a spike of people carrying concealed weapons into Disney World to 14 thus far this year compared to 20 all of last year; Giants MLB pitcher Tyler Roberts with his almost underarm sidearm delivery has become a viral sensation with his money pitch, a rising slider; Harvey Weinstein already convicted and serving 23 years in New York will be extradited in July to face trial for raping and sexual harassment of 5 women and facing 140 years if convicted on all counts (justice must be done but this man will die in a New York prison and surprised that soft on criminals Gascon is extraditing him); on Broadway when a play quickly closes due to a lack of paying customers, it is said “to have bombed” which means CNN’s Brian Stelter’s “Reliable Sources” must be seeking a bomb shelter as viewers hit an all-time low of 752,000 (when will CNN come to its senses and fire this biased leftist hack?); censorship reigns supreme at Amazon as it banned bestselling author Ryan Anderson’s book When Harry Became Sally; the former head of the CDC blasted the arrogance and sense of infallibility of the scientific community dismissing the source the Wuhan virus as being from the Wuhan Lab as he claimed it may well have infected lab workers but who were asymptomatic who then spread it to the general population; as each day there seems to be another indication that COVID-19 came from a Wuhan Lab leak, leave it to the political cartoonist to identify the parties to the coverup of its origin: 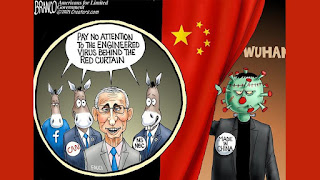 Chicago Gun Violence: Hey Jackass.com is alive and well to collect data to show that   through June 14, 2,021, gun violence involving mostly persons of color shooting mostly persons of color in Chicago is alive and well with 1686 persons shot of whom 291 have died.
As always, I hope you enjoy today’s holidays and observances, factoids of interest for this day in history, a video musical link to “Butter” by BTS, the fact that you do not experience rookery in your daily life, and a quote from Eric Bibler on wind energy, secure in the knowledge that if you want to send a gift for any memorable events like Father’s Day, college graduations, birthdays, weddings, or anniversaries, you know that the Alaskanpoet can provide you with a unique customized poem at a great price tailored to the event and the recipient. Please contact me for details on pricing.
1.  World Wind Day—created by the European Wind and the Global Wind Energy Council in 2007 to the bane of birds that have a proclivity to fly into wind turbines and be killed to promote the generation of electricity by wind turbines which now produce some 8.4 % of utility scale electricity in the U.S. in 2020.
2.  World Elder Abuse Awareness Day—created on this day in 2006 by    the  International Federation for the Prevention of Elder Abuse to promote awareness of mental and physical abuse of seniors destroying the quality of their Golden Years by their relatives and institutions that are supposed to care for them and promote prosecution of those who commit abuse.
3. 2021 Number 1 Song USA—the number 1 song in 2021 on this day was “Butter”  by BTS on a current run of 3 weeks in that position to join 11 other songs reaching number 1 as 6 acts have achieved their first number 1 song either as the lead artist or featured guest.  Here is a video recording by BTS of “Butter”: https://www.youtube.com/watch?v=WMweEpGlu_U.
4.  Word of the Day—-the word for today is “rookery” which means a state of confusion which describes the mental state of Biden and Harris and the chaos at our southern border.
5.  The American Beatle--celebrating the birth on this day in 1941 of Harry Nilsson, noted singer and songwriter often known as the “American Beatle” who was named by the Beatles during a 1968 press conference as their favorite band which led to his close friendship with them, especially Lennon and Starr with whom he joined the Hollywood Vampires drinking club. Nilsson took a hiatus from performing to become an anti-gun advocate after Lennon’s murder by Mark David Chapman. Sadly, he was embezzled out of his fortune by his manager and died way too early from a heart attack on January 15, 1994 at age 52.
On this day in:
a. 1667 the first xenotransfusion to a human was performed by Doctor Jean-Batiste Denys.
b. 1864 Arlington National Cemetery, consisting of 200 acres formerly owned by Robert E. Lee, was dedicated by order of the Secretary of War, Edward Stanton.
c. 1921 Bessie Coleman, a female African American, became the first woman of her race to earn a pilot’s license.
d. 1970 in a crime that terrified residents of Los Angeles County, Charles Manson went on trial for the Sharon Tate murders.
e. 1992 in a the long arm of the law stretches further moment, SCOTUS ruled in the case of United States v Machain that the United States could forcibly extradite a person from a foreign country without the approval of that country.
Reflections on wind power from another point of view: “I have never encountered a single person who said: “I used to be against wind energy. Now that I have done my homework and learned as much as I can about them, I support wind energy.” Never. Not once. On the contrary, this is a one-way street. Once you learn the facts, you can only be against wind energy — and you can never, ever be won back to the other side.” Eric Bibler
Please enjoy the poems on events of interest on my twitter   account below (if you like them, retweet, and follow me) and follow my blogs. Always good, incisive and entertaining poems on my blogs—click on the links below. Go to www.alaskanpoet.blogspot.com for Ridley’s Believe It Or Not—This Day in History,  poems to inspire, touch, emote, elate and enjoy and poems on breaking news items of importance or go to  Ridley's Believe It Or Not for just This Day in History.

© June 15, 2021 Michael P. Ridley aka The Alaskanpoet
Alaskanpoet for Hire, Poems to Admire
Poet Extraordinaire, Beyond Compare
A Unique Gift, All Recipients a Lasting Gift

Posted by Michael P. Ridley aka the Alaskanpoet at 9:10 PM