October 6, 2021 Ridley's Believe It or Not Random Acts Of Poetry Day1 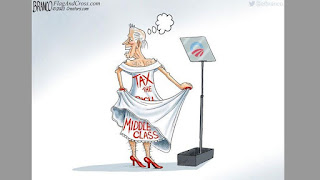 Chicago Gun Violence: Hey Jackass.com is alive and well to collect data to show that through October 5, 2021, gun violence involving mostly persons of color shooting mostly persons of color in Chicago is alive and well with 3645 persons shot of whom 628 have died.
As always, I hope you enjoy today’s holidays and observances, factoids of interest for this day in history, a  music video link to  “Wrecking Ball”  by Miley Cyrus, the fact that people will rarely if ever see you shail and a quote by Anwar Sadat why he entered into a peace treaty with Israel, secure in the knowledge that if you want to send a gift for any memorable events like Halloween or Veterans  Day, college graduations, birthdays, weddings, or anniversaries, you know that the Alaskanpoet can provide you with a unique customized poem at a great price tailored to the event and the recipient. Please contact me for details on pricing.
1.  World Space Week—created by the General Assembly of the United Nations in 1999 to start on the anniversary of the launch of Sputnik on October 4, 1957 and ending on the anniversary of the signing of the Outer Space Treaty on October 10, 1967 to commemorate man’s progress in exploring outer space for the betterment of human society.
2.  Random Acts of Poetry Day—celebrated first on this day in 2015 by creating poetry in a public space with chalk or on a whiteboard which is erasable.
3. 2013  Number 1 Song USA—the number 1 song in 2013 on this day was “Wrecking Ball”  by Miley Cyrus  on  a run in that position of 2 weeks to join 10 other  songs that achieved number 1 status  and join 7 other act that  achieved their first number 1 song on the Billboard Hot 100. Here is a music video of “Wrecking Ball” by Miley Cyrus: https://www.youtube.com/watch?v=My2FRPA3Gf8
4.  Word of the Day—the word of the day is “shail” which means to shamble or stumble which describes our frail president after leaving a speech turning his back on any questions.
5.  Never Asked Never Told-- celebrating the birth on this day in 1941 of Army First Lieutenant Paul Popham who served with the 5th Cavalry Regiment of the 1st Cavalry Division in South Vietnam and retired as a major in the army reserve in 1969. He founded the Gay Men’s Health Crisis in 1981 when AIDS was beginning to devastate the gay community to become and serve as its president from 1981-1985 until AIDS required him to retire to die from the disease on May 7, 1987 at age 45.
On this day in:
a. 1927 the first prominent “talkie” motion picture The Jazz Singer starring Al Jolson in black face premiered at Warner Brothers premier theater in New York City marking the rapid beginning of the end of silent motion pictures and the musicians who played in the orchestra pits.
b. 1979 Pope John Paul II became the first Pope top visit the White House.
c. 1981 on live television at an annual victory parade celebrating Egypt’s crossing of the Suez Canal in the Yom Kippur War President Anwar Sadat was assassinated by a band of Jihadists outraged over his peace treaty with Israel.
d. 2007 Jason Lewis survived being hit by a car while cycling and arrested and held for over 100 days on suspicion of spying to complete the first human powered circumnavigation of the Earth which had commenced on July 12, 1994.
e. 2010 Instagram was founded by 2 Stanford grads, Kevin Systrom and Mike Krieger; after Kevin had turned down a recruitment offer from Mark Zuckerberg in 2012 with only 13 employees the company was acquired by Facebook with Krieger and Systrom remaining in management roles until resigning in 2018. Just as well as Instagram is on the Congressional hot set for practices deemed dangerous to kids.
Reflections on why Anwar Sadat signed a peace treaty with Israel which led to his assassination: “I took this decision after long thought, knowing that it constitutes a great risk, for God Almighty has made it my fate to assume responsibility on behalf of the Egyptian people, to share in the responsibility of the Arab nation, the main duty of which, dictated by responsibility, is to exploit all and every means in a bid to save my Egyptian Arab people and the pan-Arab nation from the horrors of new suffering and destructive wars, the dimensions of which are foreseen only by God Himself.”—Egyptian President Anwar al-Sadat, Speech to the Israeli Knesset.
Please enjoy the poems on events of interest on my twitter account below (if you like them, retweet, and follow me) and follow my blogs. Always good, incisive and entertaining poems on my blogs—click on the links below. Go to www.alaskanpoet.blogspot.com for Ridley’s Believe It Or Not—This Day in History,  poems to inspire, touch, emote, elate and enjoy and poems on breaking news items of importance or go to  Ridley's Believe It Or Not for just This Day in History.

© October 6,2021 Michael P. Ridley aka The Alaskanpoet
Alaskanpoet for Hire, Poems to Admire
Poet Extraordinaire, Beyond Compare
A Unique Gift, All Recipients Receive a Lasting Lift

Posted by Michael P. Ridley aka the Alaskanpoet at 12:47 AM