October 28, 2021 Ridley's Believe It Or Not Honoring the Nation's First Responders Day

RIDLEY’S BELIEVE IT OR NOT October 28, 2021
CV World Cases: The CV pandemic across the planet continues on an increasing basis with cases now over 246 million at 246,225,743 cases,  18,138,835 of which are active, 228,086,908  closed with 223,091,834 recoveries (97.81%), and 4,995,074 deaths (2.19% )to continue the low trend of increased cases with increased recovery percentages and decreased death percentages with some plateaus, dips, and rises.
CV USA Cases: Total cases now over 46 million at 46,670,093 with 9,365,975 active cases of which 13,000 are serious or critical, (8,599 on 3/25/2021) (back to steady decreases despite the  Delta variable to .139 % of active cases and to increase the reduction from the 29,271 peak on 12/31/2020 to 16,271, 37,304,118 closures with 763,146 deaths (2.05%) and with 36,540,972 recoveries (97.95%). Our death rate percentage is .14% lower than the world’s death rate.
Standing: On a deaths per million population measure on a steady   but slow climb to 2288 the U.S. ranks behind Peru (5961) the new number 1 which has had a quantum leap in deaths previously unmatched which was a change in the classification to give Peru the a new method of reporting to have a fatality rate of 9.26% of total cases now; Bulgaria the new number 2 (3488), Hungary just passed by Bulgaria (3188),   Brazil (2821) which has been hit with a rapid rise in deaths and cases and passed us and Italy, Argentina (2534),  Columbia newly added to the list  (2465), and  Romania (2235),  and slightly better than Belgium (2226), Mexico (2198), Italy (2188), UK (2051),  Poland (2031), Chile (1951),  Spain (1867),  Ecuador newly added to list (1831),  France (1797), Portugal (1787), Bolivia (1591),  Sweden (1472) that never closed its economy down like we did, and Switzerland (1286).
Tests: We have now conducted 695,903,354 tests (2,086,265/M) just passed by France at 2,309,785/M who is now 1st  on a per capital basis for all nations (other than those nations that contain small populations like Bahrain, Denmark, Israel, Malta, Singapore and UAE) other than the U.K. which remains as king of the mountain with respect to tests at 4,761,947/M.
CV Open Gate: Lost in the pronouncements by Biden and his lackeys  that there is no crisis of illegals surging across the border is that fact that COVID-19 is alive and well and spreading in the Northern Triangle and Mexico which is  10th  on my list of deaths from the pandemic  at 2198/M with 385,347 active cases and a fatality rate of 8.34% of closed cases and the 3 countries in the Northern Triangle in terms of active cases and deaths per million are as follows even though the data may be suspect as underreported (regardless of number we need no more cases):
Guatemala:  Active Cases:    6,588 Deaths/M  813
Honduras:    Active Cases: 249,093 Deaths/M 1007
El Salvador:  Active cases:   14,838 Deaths/M  552
US Vaccinations: As of 10/28/2021 417.8 million doses,  .991 million per day (down to 2 months for 75% of population vaccinated) and in California 121,523  per day  (which means if the rate does not increase it will take us now only  4 weeks to have 75% of the population of California vaccinated which many believe is necessary to develop herd immunity (other than Flip Flop Fauci who may believe that 90% is required).  In California 53,719,846 total doses have been given (86.1%  of doses received to exceed the U.S. average of 81.9%), California has moved from 6th to 19th tied with Illinois  of the 50 states in terms of the percentage of doses administered as a percentage of doses delivered to the states and at 61.1% of its population fully vaccinated compared to the U.S. average of 57.6% and has moved from 16th to 1th in terms of getting vaccines received into arms and the percentage of the population fully vaccinated compared to other states.
Non  CV News: CRT supporters like McAuliffe drool while Virginia parents rule as the latest poll shows that Youngkin now leads McAuliffe among likely voters 53% to 45% (no wonder the alarm bells are ringing in Blue Party headquarters and given the miniscule crowds Biden attracted doubt if his appearance will chance the outcome); at an Orange County, Florida School Board Meeting a parent was forcibly removed after protesting the shelving in the high school the book Gender Queen: A Memoir and reading passages from it the school board considered too vulgar ( if so why was it on the shelves in the first place); Los Alamitos School Board President Marlys Davidson’s f*bomb was not the only indiscretion caught on a hot mike as she denigrated an Asian American parent by complaining “Oh God, here we go”; Brittany Cooper a tenured associate professor in Rutgers University  Department of Women's, Gender and Sexuality Studies degrees from which lead quickly to the unemployment line was ranting at an event that when it comes to whites “We got to take these mother f—kers out”; the infrastructure bill is still held hostage by the Progressives in the House because of cuts to the misnamed Build America Back Better bill down to $1.75 trillion which still is a mindboggling inflation generating and national debt generating amount we really can’t afford; totally oblivious to the homelessness crisis and the struggles of low income families as inflation soars the Biden Administration is floating the idea of $450,000 per person payments to families separated under Trump’s zero tolerance immigration policy; the supply chain fiasco just blazed an 0-2 fastball past our inept president as due to the supply chain disaster the Braves and the Astros are playing with jerseys that do not have the normal World Series patch (how difficult would it have been to hire some local seamstresses to create the 150 or so patches needed?); Mario Cuomo the disgraced New York governor who has resigned has just been charged with a misdemeanor sexual assault news of which were trashed by his “journalist” brother Chris at CNN; while California is suffering from a prolonged drought Seattle was enjoying monsoon like rains flooding the Skokomish River with salmon using it as a path to their spawning sites: 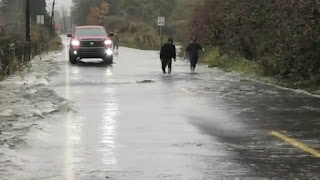 As AG Garland is accused of quashing free speech and using the FBI to intimidate CRT protesting parents leave it to the political cartoonist to reveal the extent of the parents’ defiance: 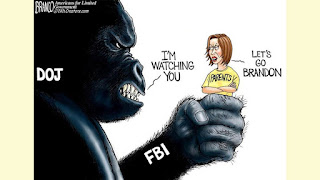 Chicago Gun Violence: Hey Jackass.com is alive and well to collect data to show that through October 27, 2021, gun violence involving mostly persons of color shooting mostly persons of color in Chicago is alive and well with 3888 persons shot of whom 668 have died.
As always, I hope you enjoy today’s holidays and observances, factoids of interest for this day in history, a  music video link to  “Closer”  by The Chainsmokers feat. Halsey, the fact that you are facing anyone who wants to shend you; and a quote by Nicholas D. Kristof on the benefits of DDT, secure in the knowledge that if you want to send a gift for any memorable events like Halloween or Veterans  Day, college graduations, birthdays, weddings, or anniversaries, you know that the Alaskanpoet can provide you with a unique customized poem at a great price tailored to the event and the recipient. Please contact me for details on pricing.
1.  International Animation Day—created by the International Animated Film Associations to promote the creation and acceptance by the viewing audience of animated films.
2.  Honoring the Nation’s First Responders Day—created by the U.S, Senate on June 5, 2019, and first celebrated on this day in 2019 to commemorate the service and dedication of the nation’s first responders and their selfless dedication at the risk of their own lives and injuries to keep us safe.
3. 2016  Number 1 Song USA—the number 1 song in 2016 on this day was “Closer”  by The Chainsmokers feat. Halsey  on  a run in that position of 12 weeks to join 10 other  songs that achieved number 1 status  and join 7 other acts that  achieved their first number 1 song on the Billboard Hot 100. Here is a music video of “Closer” by The Chainsmokers feat. Halsey: https://www.youtube.com/watch?v=PT2_F-1esPk The Chainsmokers who don’t smoke are a duo that started performing in 2012; Halsey is a female bisexual who started performing in 2012 and has sold a million albums and is very open about her bipolar issues and is the mother of a son Ender Ridley (no relation to the Alaskanpoet) born this year to her and her partner.
4.  Word of the Day—the word of the day is “shend” which means to ruin or destroy which describes to a tee what conservatives feel about the Progressives’ agenda for America.
5.  It Must Have Been the Coffee—celebrating the birth on this day in 1917 of Goru Suzuki better known to his fans as Jack Soo, noted comedian and actor who began entertaining as a comedian in a Japanese American internment camp and best known for his role as Sergeant Yemana on the TV series Barney Miller, but who was a smoker who came down with esophageal cancer to die from it on January 11, 1979 at 61.
On this day in:
a. 1919 the U.S. Congress overturned President Wilson’s veto of the Volstead Act paving the way to the implementation of the failed social experiment of Prohibition.
b. 1942 the Alaska Highway built to enable the shipment of military supplies to Alaska for its defense against the Japanese connected Alaska to the North American railway network at Dawson Creek, British Columbia.
c. 1948 Paul Hermann Müller  was awarded the Nobel Prize for Medicine or Physiology for his discover of the insecticidal properties of DDT, the use of which was instrumental in the war against malaria and the over use of which made Rachel Carson famous for her book Silent Spring.
d. 1962 Nikita Khrushchev blinked to end the Cuban Missile Crisis and ordered the removal of Soviet nuclear missiles from Cuba.
e. 1965 in a what took you so long moment, Pope Paul VI promulgated Nostra acetate wherein the Church officially recognized non-Christian religions.
Reflections on DDT: “If the U.S. wants to help people in tsunami-hit countries like Sri Lanka and Indonesia - not to mention other poor countries in Africa - there's one step that would cost us nothing and would save hundreds of thousands of lives. It would be to allow DDT in malaria-ravaged countries.” Nicholas D. Kristof, NYT columnist and aspirant to run as governor of the state of Oregon oblivious to the legal requirement there that a candidate must have been a resident for at least 3 years.
Please enjoy the poems on events of interest on my twitter account below (if you like them, retweet, and follow me) and follow my blogs. Always good, incisive and entertaining poems on my blogs—click on the links below. Go to www.alaskanpoet.blogspot.com for Ridley’s Believe It Or Not—This Day in History,  poems to inspire, touch, emote, elate and enjoy and poems on breaking news items of importance or go to  Ridley's Believe It Or Not for just This Day in History.

© October 28 ,2021 Michael P. Ridley aka The Alaskanpoet
Alaskanpoet for Hire, Poems to Admire
Poet Extraordinaire, Beyond Compare
A Unique Gift, All Recipients Receive a Lasting Lift

Posted by Michael P. Ridley aka the Alaskanpoet at 6:57 AM