US Vaccinations: As of 4/30/2021 240.2 million doses have been given, 2.55 million per day in the last week (sounds impressive but if the rate does not increase it will take us now reduced to some 3 months to have 75% of the population vaccinated which many believe is necessary to develop herd immunity. In California 30,223,391 total doses have been given (77.7% of doses received slightly less than the U.S. average of 77.8%), but even with the pressure of a recall to be scheduled this fall which hopefully end Newsom’s term, California has fallen from 27th to 31st  out of the 50 states in terms of the percentage of doses administered as a percentage of doses delivered to the states and at 30.2% of its population fully vaccinated compared to the U.S. average of 30.5% has fallen slightly from  29th tied with Illinois to 30th .  A long way to go to get herd immunity and lagging in terms of getting vaccines received into arms and the percentage of the population fully vaccinated compared to other states means a great reason to recall this inept and hypocritical governor.
Non CV News: The extent of the racial slurs and personal attacks leveled against “Uncle Tim” by the Blues and their MSM lackeys revealed where true racism lies and the fear that blacks will no longer remain Plantation Blue Voter Slaves (look at Blue Lamar County Chairman Gary O’Connor’s now deleted Facebook claim that Scott is little more than an oreo with no real principles” and the sounds of silence from Blues, BLM and the NAACP); on AMTRAK’s 50th anniversary, Biden who must be clueless over the disaster of overbudget spending on California’s Bullet Train and was proposing a massive $10 billion annual increment to AMTRAK funding when more and more Americans are migrating to a work at home viral environment (in the West AMTRAK has no service from L.A. to Las Vegas  or L.A. to Phoenix that would make sense); in yet another example of the human trafficking by cartel and smugglers racking in huge dollars with our porous borders, police in Houston responding to a complaint found more than 90 illegals stashed in a 2319 square foot house without food and some with CV symptoms; a TSA requirement of mask wearing set to expire on May 11 has been extended to September 13, 2021 despite falling CV cases and increasing percentages of the population fully vaccinated and recovered (when are the CDC experts going to explain to Americans the need to wear masks after fully vaccinated as Biden continues to make a fool of himself wearing, assuming he can remember where he put it, a mask outdoors with almost no one around him).
The soap opera involving Brittany Spears and her conservator father of 12 years continues with Jamie Spear contending Brittany has dementia; leftist Seattle which has seen 200 police officers quit or retire over its anti-police environment witnessed a chocolate shop Café Chocolati refuse to serve an officer and his trainee; Biden made a major goof in SOTUS when he touted our rejoining the Paris Accords when he admitted that we account for only 15% of the world’s carbon emissions but if do  everything perfectly “it won’t matter” (that’s why Trump had the wisdom to pull us out when we are leading the world in reducing carbon emission and China and India are adding carbon to the atmosphere like there is no tomorrow so we slaughter our economy and the spoils head to China and India and other growing carbon emitters); Arizona’s 2 Blue Senators have blasted Biden for not doing enough at the border as the cartels seem to have taken over the business of smuggling illegals and the surge of human trafficking, drugs, unaccompanied minors and mostly bogus asylum claims soar (since it is clear Where’s Waldo won’t go, Biden should go there to see firsthand the chaos and crisis his ill-conceived policies have engendered; finally after a year of riots in Portland on almost a nightly basis, the Multnomah Sheriff has had enough and deputies will no longer issue citations to appear for misdemeanor reckless burning and criminal mischief but will be booked in the county jail (hopefully the D.A. is not a Soros backed stooge and will prosecute those arrested and instead have them back on the streets committing mayhem against the city and its residents, the FBI searching for Pelosi’s lap top broke down the downs to a Homer, Alaska hotel, handcuffed the owners and quests and confiscated the computers there only to later realize they were at the wrong place, probably wrong city and wrong state.
While the Blues and their lackeys the MSM continue to rabidly attack  Governor Ron DeSantis fearing he will be a formidable candidate in 2024 for the Red nomination for president, leave it to the political columnist to expose the blatant bias of the MSM: 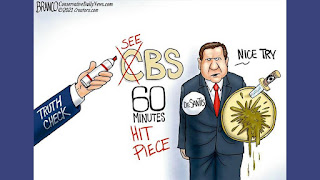 Chicago Gun Violence: HeyJackass.com is back to show that through April 29, 2021, gun shooting violence involving mostly persons of color shooting mostly persons of color in Chicago is alive and well with 1040 persons shot of whom 187 have died.
As always, I hope you enjoy today’s holidays and observances, factoids of interest for this day in history, a musical link to “Heart of Glass” by  Blondie, that you enjoy your reguerdon from your work efforts and a quote by Elliot Kahlan on the New York World’s Fair of 1939-40,  secure in the knowledge that if you want to send a gift for any memorable events like Mother’s Day, college graduations, birthdays, weddings, or anniversaries, you know that the Alaskanpoet can provide you with a unique customized poem at a great price tailored to the event and the recipient. Please contact me for details on the pricing.
1. Honesty Day—created by author and speechwriter M. Hirsch Goldberg in the early 90’s to promote and encourage sorely needed honesty and straightforward communication in politics, relationships, consumer relations and historical education and celebrated on the last day of the month as April began with April Fools’ Day and Washington’s First Inauguration was on this day in 1789.
2.  International Jazz—created by UNESCO in November of 2011 and first celebrated on this day in 2012 to celebrate the importance of jazz in our culture.
3.  1979 Number 1 Song USA—the number 1 song in 1979 was “Heart of Glass” by the band Blondie on a run of 1 week in that position to join 23 other songs reaching number 1 and 9 other acts who had their first number 1 song. Here is a recording by Blondie of “Heart of Glass”:  https://www.youtube.com/watch?v=WGU_4-5RaxU Blondie was formed by Debbie Harry and Chris Stein and had great success until 1982 when they disbanded after their 6th album and after solo careers by the members reunited in 1997 and are still performing today.
4.  Word of the Day—the word of the day is “reguerdon” which means reward which probably describes what will be missing for our economy with Biden’s massive spending proposals without enough wealthy even at a 100% tax rate to fund them.
5.  In the Genes—celebrating the birth on this day in 1945 of Mimi Baez Fariña, the youngest sister of singer and activist Joan Baez who was a singer and songwriter in her own right and best known for her creation of Bread and Roses, a nonprofit organization that brings artists to perform at prisons, jails, institutions, juvenile facilities, hospitals and nursing homes and still holds some 500 concerts a year. She inherited the same singing talent as her sister but not her longevity and sadly died of cancer on July 18, 2001 at age 56.
On this day in
a. 1927 in a step toward ending the abuse of women prisoners in coeducational prisons by male inmates, the U.S.’s first federal prison for women, the Federal Industrial Institute for Women, a minimum-security prison, was opened in Alderson, West Virginia and is still operational today and had Martha Stewart as an inmate.
b. 1939 the New York World’s Fair opened and even with the start of World War II with Germany’s invasion of Poland on September 1, 1939 was visited by over 44 million people before closing on October 27,1940.
c. 1975 the North Vietnamese forces seized control of Saigon and President Dương Văn Minh formally surrendered, ending at long last the Vietnam War.
d. 1993 to the joy of computer users worldwide, CERN announced that the World Wide Protocols would be free.
e. 2009 Chrysler Corporation filed for Chapter XI Bankruptcy which resulted in its defaulting on $4 billion in debt although it did pay off its obligations to the U.S. 5 years early but at a cost of $1.3 billion to be absorbed by U.S. taxpayers.
Reflections on the New York’s World Fair 1939-1940: Not to be out-futured, Westinghouse buried a time capsule to be opened in 6939. It's still down there, holding seeds, fabrics, microfilm, a Gillette safety razor, a dollar in change and a pack of Camel cigarettes. But they couldn't preserve the one thing we'd really want from the era: its inhabitants' sense of wonder and hope. That alien faith in man and his ability to build a world. That's buried somewhere deeper, forever irretrievable. I often wish I could travel back to 1939 and watch my grandmother and those other millions marvel at the World of Tomorrow, while I, in turn, marvel at the world of yesterday.” Elliott Kalan, is a writer for The Daily Show and co-founder of the comedy group the Hypocrites.
Please enjoy the poems on events of interest on my twitter   account below (if you like them, retweet, and follow me) and follow my blogs. Always good, incisive and entertaining poems on my blogs—click on the links below. Go to www.alaskanpoet.blogspot.com for Ridley’s Believe It Or Not—This Day in History,  poems to inspire, touch, emote, elate and enjoy and poems on breaking news items of importance or go to  Ridley's Believe It Or Not for just This Day in History.

© April 23, 2021 Michael P. Ridley aka The Alaskanpoet
Alaskanpoet for Hire, Poems to Admire
Poet Extraordinaire, Beyond Compare
A Unique Gift, All Recipients a Lasting Gift

Posted by Michael P. Ridley aka the Alaskanpoet at 2:32 AM