May 25, 2021 Ridley's Believe It Or Not National Missing Children Day 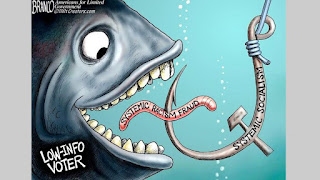 Chicago Gun Violence: Hey Jackass.com is back to show that through May 24, 2021,  gun violence involving mostly persons of color shooting mostly persons of color in Chicago is alive and well with 1367 persons shot of whom 239 have died.
As always, I hope you enjoy today’s holidays and observances, factoids of interest for this day in history, a video musical link to “Get Busy” by Sean Paul, the fact that you have a rhathymia personality and a quote from Amanda Pick on missing children, secure in the knowledge that if you want to send a gift for any memorable events like Father’s Day, college graduations, birthdays, weddings, or anniversaries, you know that the Alaskanpoet can provide you with a unique customized poem at a great price tailored to the event and the recipient. Please contact me for details on the pricing.
1. National Missing Children Day—proclaimed by President Ronald Reagan on this day in 1983 to promote awareness of a parent’s worst nightmare, the abduction of a minor child, and call attention to the lack of plan on how to deal with or prevent it.
2. National Wine Day—celebrated on this day since 2009 to celebrate a drink that has been produced since 6000 BCE and here in quantities that makes the U.S. one of the 4 top producing wine countries in the world. Easy to celebrate by pouring yourself a glass of your favorite but remember to always drink or in this case celebrate responsibly.

3.  2003 Number 1 Song USA—the number 1 song in 2003 was “Get Busy” by Sean Paul on a run of 3 weeks in that position to join 10 other songs reaching number 1 with 9 other acts that achieved their first number 1 song. Here is a video recording by Sean Paul of “Get Busy”: https://www.youtube.com/watch?v=oPQ3o14ksaM Sean Paul is a 48 year old Jamaican born Jamaican dancehall singer who has 8 Grammy nominations and one winner.          4.  Word of the Day—the word of the day is “rhathymia” which means to a personality trait that leads to optimism and cheerfulness, great characteristics to have in these troubled times.
5.  I Am a Cigarette With a Body Attached—celebrating the birth on this day in 1938 of Raymond Carver, considered by many to be one of America’s greatest short story writers and a poet but who drank copiously amounts of alcohol until joining AA on June 2, 1977 but did not stop smoking and died sober from lung cancer on August 2, 1988 at the age of 50 with far too many short stories not written.
On this day in
a. 1979 John Spenkelink who had escaped from prison and serving a 5 year to life sentence for murder killed again and was convicted and sentenced again and after 6 years on death row had the dubious distinction of being the first convict in Florida to be executed subsequent to SCOTUS in Furman v. Georgia declaring the death penalty in the U.S. to be unconstitutional.
b. 2001 Erik Weihenmayer, an activist and motivational speaker, became the    first blind person to reach the summit of Mt. Everest, assisted by Doctor Sherman Bull.
c. 2011 Oprah Winfrey aired her last episode of The Oprah Winfrey Show, ending a 25 year run.
d. 2012 the SpaceXDragon became the first commercial space vehicle to dock at the International Space Station and successfully return to Earth.
e. 2020 George Floyd caught on a cell phone video after being pinned chest down to the ground by Minneapolis Police officer Derek Chauvin with his knee on his neck for 9 minutes 29 seconds died, prompting riots in protest in Minneapolis and across the nation and a guilty verdict for manslaughter in second degree for Derek Chauvin following his trial.
Reflections on missing children: “Our children deserve safe communities where they can grow and thrive. Today reminds us that we must work together to find our missing children and protect them from future harm," said Amanda Pick, CEO of the Missing Children Society of Canada.

© May 25, 2021 Michael P. Ridley aka The Alaskanpoet
Alaskanpoet for Hire, Poems to Admire
Poet Extraordinaire, Beyond Compare
A Unique Gift, All Recipients a Lasting Gift

Posted by Michael P. Ridley aka the Alaskanpoet at 1:49 PM