May 16, 2021 Ridley's Believe It Or Not International Day of Light

US Vaccinations: As of 5/16/2021 273.5 million doses and finally after a third day dropping a small increase to 1.98 million per day in the last week sounds impressive but if the rate does not increase it will take us now back to some 4 months to have 75% of the population vaccinated which many believe is necessary to develop herd immunity. In California 35,114,892 total doses have been given (79.4% of doses received to equal the U.S. average of 79.4%), but even with the pressure of a recall to be scheduled this fall which hopefully end Newsom’s term, California has not moved from 27th out of the 50 states in terms of the percentage of doses administered as a percentage of doses delivered to the states and at 38.4% of its population fully vaccinated compared to the U.S. average of 37.1% has  moved  down from 23rd tied with Alaska to 24th among the 50 states.  A long way to go to get herd immunity in terms of getting vaccines received into arms and the percentage of the population fully vaccinated compared to other states which means a great reason to recall this inept and hypocritical governor.
Non CV News: As Israel is being subjected to Hamas rockets in a deadly massive rain, CNN proves once again its acronym is not misnamed as freelance CNN poster Adeel Raza’s pro Hitler vitriolic anti-Semite tweets have surfaced; Sanders a frequent critic of Israel is demanding foreign aid including the moneys spent of Iron Dome which has been intercepting 90% of the rockets aimed into Israel (as the Squad pipes in castigating Israel for defending itself a Jewish voter voting Blue in 2022 should be a highly endangered species); the CDC’s latest flipflop on mask wearing for fully vaccinated people which came without any waring or advance preparation has the nation’s largest nursing union up in arms and the public somewhat confused and skeptical that the person on the honor system not wearing a mask has been fully vaccinated; for Cuomo, whose office is scandal central and facing criminal probes, impeachment rumblings and growing demands that he resign the flip flop is probably manna from Heaven distracting and deflecting the wrath targeted against him; the NYC Subways continue to be a dangerous place to be as 3 more riders were viciously assaulted while the transit district’s please for more transit officers addressed to Mayor De Blasio fall on deaf ears; the hope of Bill and Melinda Gates for an amicable divorce may be facing some issues as reports continue to leak out on Bill Gates behavior during their marriage that are not complimentary and reveal his pursuing other women working for Microsoft and the Bill and Melinda Gates Foundation during their marriage; it looks like the censorship excesses of Twitter is not just confined to the U.S. as a conservative politician in Spain was banned for 12 hours for “hate speech” by tweeting that men cannot get pregnant because they “lack a uterus and eggs” (the idiots at Twitter writing the algorithms must believe that the movie Junior was more than just a movie and that transgender women who identify as men can still keep their female organs and bear children); Young Kim, a newly elected Korean-American Red in the House has visited the border to see firsthand the chaos of the surge in illegals that Biden and his  Blues have ignored and had choice words for the Where’s Waldo czar who has been MIA for 53 days “Get Your Butt Down There!”; leave it to the political cartoonist to reveal what the teachers’ unions are teaching our children to our dismay and disgust which should create more charter schools: 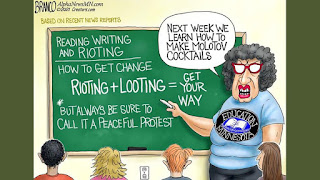 Chicago Gun Violence: Hey Jackass.com is back to show that through May 14, 2021,  gun violence involving mostly persons of color shooting mostly persons of color in Chicago is alive and well with 1236 persons shot of whom 212 have died.
As always, I hope you enjoy today’s holidays and observances, factoids of interest for this day in history, a video musical link to “This Is How We Do It“ by Montel Jordan, the fact that you were able to practice retrenchment during the pandemic and a quote from Space Shuttle Commander Bob Crippen on the Columbia,  secure in the knowledge that if you want to send a gift for any memorable events like Father’s Day, college graduations, birthdays, weddings, or anniversaries, you know that the Alaskanpoet can provide you with a unique customized poem at a great price tailored to the event and the recipient. Please contact me for details on the pricing.

1. International Day of Light— created by UNESCO on September 16, 2016 and celebrated since May 16, 2018 on that date, which is the anniversary of the first successful use of a laser on May 16, 1960 by Theodore Maiman, to promote the use of light in art, science, the economy, culture and all aspects of our society where light is present.
2. Stepmother’s Day—created in 2000 by 9 year old Lizzie Capuzzi to honor her stepmother Joyce and who sent a letter to Senator Santorum indicating stepmothers should be honored which the Senator placed in the Congressional Record. Being a stepmother is a difficult position to step into and those children who have been blessed with loving and caring ones are very lucky indeed.
3.  1995 Number 1 Song USA—the number 1 song in 1995 was “This Is How We Do It” by Montel Jordan on a run of 7 weeks non continuous in that position to join 11 other songs reaching number 1 and 4 other acts achieving their first number 1 song. Here is a video recording by Montell Jordan of ”This Is How We Do It”: https://www.youtube.com/watch?v=0hiUuL5uTKc Montell Jordan was a successful singer and sex icon who left the music business in 2010 to become the pastor of the Victory World Church in Atlanta, Georgia.                 4.  Word of the Day—the word of the day is “retrenchment” which means the cutting of costs or expenditures in time of economic difficulty a skill which Biden is totally incapable of grasping as trillions in federal dollars will soon send inflation through the roof.
5.  Depression Trumps Even the Enforcers—celebrating the birth on this day in 1984 of Rick Rypien, who played for the NHL for 6 seasons and who despite his size was a fierce hitter and enforcer but could not body check successfully depression that he suffered for 10 years even after taking 2 periods of absence to try to treat it and after signing as a free agent with the Winnipeg for $700,000 on July 1, 2011, committed suicide on August 15, 2011.
On this day in
a. 1929 the first Academy Awards Ceremony took place at a private dinner hosted by Douglas Fairbanks at the Hollywood Roosevelt Hotel.
b. 1988 the U.S. Surgeon General C. Everett Koop in a report announced that nicotine from cigarettes had the same addictive quality as heroin and cocaine although many smokers would claim from experience the addictive qualities were much worse.
c. 1991 Queen Elizabeth II became the first British monarch to address a Joint Session of Congress.
d. 2005 in a what took you so long moment, Kuwait in a 35-23 vote in its National Assembly voted to allow women’s suffrage.
e. 2011 the Space Shuttle Endeavor was launched on its 25th and last mission and the penultimate one for the Space Shuttle Program.

Reflections on the Space Shuttle: “This vehicle is performing like a champ. I’ve got a super spaceship under me.” Bob Crippen, STS-1 astronaut, regarding the Space Shuttle Columbia, 12 April 1981. Sadly, that designation was retired on February 1, 2003 when the Columbia disintegrated on reentry into the Earth’s atmosphere, killing all 7 aboard.
Please enjoy the poems on events of interest on my twitter   account below (if you like them, retweet, and follow me) and follow my blogs. Always good, incisive and entertaining poems on my blogs—click on the links below. Go to www.alaskanpoet.blogspot.com for Ridley’s Believe It Or Not—This Day in History,  poems to inspire, touch, emote, elate and enjoy and poems on breaking news items of importance or go to  Ridley's Believe It Or Not for just This Day in History.

© May 16, 2021 Michael P. Ridley aka The Alaskanpoet
Alaskanpoet for Hire, Poems to Admire
Poet Extraordinaire, Beyond Compare
A Unique Gift, All Recipients a Lasting Gift

Posted by Michael P. Ridley aka the Alaskanpoet at 3:44 PM