May 28, 2021 Ridley's Believe It Or Not Amnesty International Day 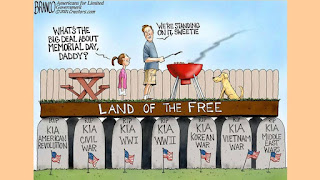 Chicago Gun Violence: Hey Jackass.com is back to show that through May 27, 2021,  gun violence involving mostly persons of color shooting mostly persons of color in Chicago is alive and well with 1408 persons shot of whom 246 have died.
As always, I hope you enjoy today’s holidays and observances, factoids of interest for this day in history, a video musical link to “SOS” by Rihanna, the fact that you are not guilty of being a rhonchisonant and a quote from Sting on amnesty International, secure in the knowledge that if you want to send a gift for any memorable events like Father’s Day, college graduations, birthdays, weddings, or anniversaries, you know that the Alaskanpoet can provide you with a unique customized poem at a great price tailored to the event and the recipient. Please contact me for details on the pricing.
1. Amnesty International Day—created by Amnesty International, founded in July of 1961 and celebrated on this day since 1962 to initially promote the release of political prisoners around the world but has evolved to also campaign for human rights, freedom of speech and conscience, abolishment of torture, abolition of the death penalty, reproductive rights and the defense of refugees and migrants.
2. Death Busters Day—created to promote awareness on the Friday before  Memorial Day that the Memorial Day Weekend is an extremely dangerous and deadly one on the roads and highways as massive numbers of people are driving to locations away from home or attending picnics and barbecues where goodly amounts of alcohol are served.
3.  2006 Number 1 Song USA—the number 1 song in 2006 on this day was “SOS” by Rihanna on a run of 3 weeks in that position to join 18 other songs reaching number 1 and 19 other acts achieved their first number 1 song either as the lead artist or featured guest. Here is a video recording by Rihanna of “SOS”:  https://www.youtube.com/watch?v=IXmF4GbA86E  Rihanna, a native of Barbados was discovered in 2003 and skyrocketed to a recording career with a net worth believed to be around $600 million.
4.  Word of the Day—the word of the day is “rhonchisonant” which means to make a snorting or snoring sound which is something you would not want to do or have someone you sleep with do.
5.  No Longer the Mighty Quinn--celebrating the birth on this day in 1970 of Irish born  actor Gwen Quinn who emigrated to the United States as a child with his family to have some success as a TV and movie actor but sadly could not overcome his struggles with alcohol and drugs and toward the end of his career struggled with homelessness and came to an end on December 3, 2002 due to a fatal overdose.
On this day in
a. 1934 the Dionne Quintuplets 5 identical girls, the world's 1st quintuplets to  survive  infancy, were born two months premature to Oliva and Elizire Dionne near Callander, Ontario.  It is believed that as of December 2019 2 of the quintuplets Annette and Cecile are believed to be still alive.
b. 1964 the Palestinian Liberation Organization was founded and Yasser Arafat elected as its first president.
c. 1977 a fire broke out at the Beverly Hills Supper Club in Southgate, Kentucky which was occupied by patrons numbering far in excess of its fire code capacity and quickly spread to kill 165 patrons and injure some 200, making it the third deadliest nightclub fire in U.S. history.
d. 2002 the last steel girder is removed from Ground Zero of the World Trade Center marking the end of cleanup activities at the site in order that plans to rebuild could then proceed.
e. 2017 Japanese Takuma Sato, a former Formula One driver, became the first Asian to win the Indy 500.
Reflections on Amnesty International: “I don't belong to a church or political party or a group of any kind. I feel that Amnesty International is the most civilized organization in history. Its currency is the written word. Its weapon is the letter; that's why I am a member. I believe in its non-violence; I believe in its effectiveness. Its dignity and its sense of commitment. Its focus on individuals and the concentration and tenacity with which they defend those imprisoned for their ideas has earned it the cautious respect of repressive governments throughout the world.” Sting, former lead singer and songwriter of the band Police.

© May 28, 2021 Michael P. Ridley aka The Alaskanpoet
Alaskanpoet for Hire, Poems to Admire
Poet Extraordinaire, Beyond Compare
A Unique Gift, All Recipients a Lasting Gift