May 26, 2021 Ridley's Believe It Or Not National Paper Airplane Day 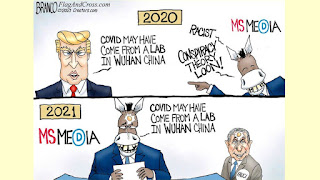 Chicago Gun Violence: Hey Jackass.com is back to show that through May 25, 2021,  gun violence involving mostly persons of color shooting mostly persons of color in Chicago is alive and well with 1379 persons shot of whom 241 have died.
As always, I hope you enjoy today’s holidays and observances, factoids of interest for this day in history, a video musical link to “Burn” by Usher, the fact that you can with a channel changer flick avoid a rhetoricaster and a quote from Sandesh on paper airplanes, secure in the knowledge that if you want to send a gift for any memorable events like Father’s Day, college graduations, birthdays, weddings, or anniversaries, you know that the Alaskanpoet can provide you with a unique customized poem at a great price tailored to the event and the recipient. Please contact me for details on the pricing.

1.National Paper Airplane Day—celebrating the creation and flying of a remarkably simple aeronautical toy with contests on distance and flight time, the records for which are 226 feet 10 inches and 27.9 seconds respectively as of 2012.
2. World Product Day—created by Mind the Product, LTD on April 6, 2018 to commemorate the work of product managers in the creation, development and manufacture of product that enhance our lives.
3.  2004 Number 1 Song USA—the number 1 song in 2004 on this day was “Burn” by Usher on a run of 8 weeks non continuous weeks in that position to join 11 other songs reaching number 1 and immediately preceded by Usher’s song “Yeah” on a run of 12 weeks  while 12 other acts achieved their first number 1 song, one of whom was Soulja Slim who became the 6th artist to have achieved number 1 status posthumously. Here is a video recording by Usher of “Burn”: https://www.youtube.com/watch?v=t5.
4.  Word of the Day—the word of the day is “rhetoricaster” which means a petty rhetorician which describes many of our long-winded political hacks to a tee.
5.  Cancel Culture Would Have Starved the “Greatest Entertainer of All Times”--celebrating the birth on this day in 1885 of Asa Yoelson better known to his fans as Al Jolson who was the star of the first movie “talkie” The Jazz Singer, called by many to be the “King of Black Face”, was the first entertainer in World War II to entertain the troops in USO and died of a heart too early at age 64 on October 23, 1950 weeks after completing in Korea for the troops and exhausting schedule of 42 performances in 16 days.
On this day in
a. 1908 the first major oil strike in the Middle East was made at Masjed Soleyman in what is now Iran; the rights to the oil were quickly acquired by the Anglo-Persian Oil Company.
b. 1967 the Beatles released their 7th Album Sgt. Pepper’s Lonely Hearts Club Band.
c. 1968 at 6:00 a.m. Iceland converted from driving on the left to driving on the right.
d. 1972 the United States and the Soviet Union signed the Anti-Ballistic Missile Treaty.
e. 2021 James Cassidy, an employee at the VTA entered its yard in San Jose in  the morning and shot and killed 8 people and wounded 1 before as police moved in shooting himself fatally in the head.
Reflections on missing paper airplanes: “Wish for the days to come again where playing with the paper plane and imagining it to be driven by me is more of a fun today whenever I sit on a real plane with no sense of excitement now.” Sandesh

© May 26, 2021 Michael P. Ridley aka The Alaskanpoet
Alaskanpoet for Hire, Poems to Admire
Poet Extraordinaire, Beyond Compare
A Unique Gift, All Recipients a Lasting Gift