May 17, 2021 Ridley's Believe It Or Not World Hypertension Day

US Vaccinations: As of 5/17/2021 272.9 million doses and finally after one day of a small increase a significant drop to 1.62 million per day in the last week sounds impressive but if the rate does not increase it will take us now back to some 4 months to have 75% of the population vaccinated which many believe is necessary to develop herd immunity. In California 35,114,892 total doses have been given (79.4% of doses received to equal the U.S. average of 79.4%), but even with the pressure of a recall to be scheduled this fall which hopefully end Newsom’s term, California has not moved from 27th out of the 50 states in terms of the percentage of doses administered as a percentage of doses delivered to the states and at 38.4% of its population fully vaccinated compared to the U.S. average of 37.1% has  moved  down from 23rd tied with Alaska to 24th among the 50 states.  A long way to go to get herd immunity in terms of getting vaccines received into arms and the percentage of the population fully vaccinated compared to other states which means a great reason to recall this inept and hypocritical governor.
Non  CV News: The debilitating virus of Wokeness appears to be spreading in the last bastion of our society that most people still trust as Lt. Col. Matthew Lohmeier has been relieved of his Space Force Command for writing a article condemning critical race theory and Marxism (the left idiots don’t understand the being PC or woke is counterproductive to deter aggression and defeat it if you can’t deter it; most of us believe that every member of the House has be vaccinated and protected against the viral spread but Pelosi rejecting the science of the CDC is keeping remote voting in the House till July 3rd  instead; Witless Whitmer caught lying on her charted trip to Florida is facing more flack when we now find that the chartered plane was not licensed to passengers to fly ( this pathetic excuse for a governor adheres to the rule that laws are for you and I can as governor defy); Blue Governor Wolf of Pennsylvania had to post that June 19th which the polices unions in Pennsylvania support was to be observed because of the racism of shooting blacks by the police (no wonder the unions whose members put their lives on the line to protect all races were outraged); while Blue Governors adhere to the mantra of shut down the economy to prevent CV spread, Texas has just report a day when no one from COVID-19 ended up dead; in an all too familiar story, to Maryland Police officers trying to serve a warrant in Charles County were shot but managed to leave the residence where the shooter was found dead from either a  self-inflicted gunshot or by a police bullet; in the armed struggle between Hamas and Israel, over 3,100 rockets have been fired into Israel with Israel responding with massive air strikes against the homes of Hamas commanders and miles of underground tunnels; the Blue mayor of Del Rio, Texas is blasting Biden and his Blues for the chaos of an open border, so bad that illegals storming the border, cut the fence around a school causing it to be shut down.
A petition has been signed by 1500 people and growing to have the NFL retire the jersey number of Pat Tillman of the Arizona Cardinals who volunteered as a Ranger after the attacks on this country and was killed by friendly fire in Afghanistan on April 22, 2004; leave it to the political cartoonist to follow the money unfortunately from Obama/Biden to Iran to Hamas to the rockets that are in a deadly swarm being shot into Israel: 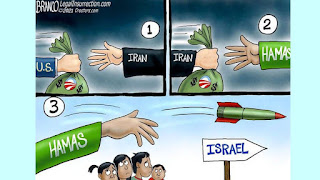 Chicago Gun Violence: Hey Jackass.com is back to show that through May 14, 2021,  gun violence involving mostly persons of color shooting mostly persons of color in Chicago is alive and well with 1236 persons shot of whom 212 have died.
As always, I hope you enjoy today’s holidays and observances, factoids of interest for this day in history, a video musical link to “Always Be My Baby“ by Mariah Carey, the fact that you are able to avoid retromorphosis  and a quote from Dan Siegel after meeting with SLA members Bill and Emily Harris in 1975 to discuss their possible surrender and book deal, secure in the knowledge that if you want to send a gift for any memorable events like Father’s Day, college graduations, birthdays, weddings, or anniversaries, you know that the Alaskanpoet can provide you with a unique customized poem at a great price tailored to the event and the recipient. Please contact me for details on the pricing.

1. World Hypertension Day— created by World Hypertension League on May 14, 2005 and celebrated thereafter on May 16, 2016 and celebrated since then on May 17, 2006 to promote awareness of what many have called “the Silent Killer and the need to monitor one’s blood pressure with a diet and appropriate exercise.
2. Stepmother’s Day—created in 2000 by 9 year old Lizzie Capuzzi to honor her stepmother Joyce and who sent a letter to Senator Santorum indicating stepmothers should be honored which the Senator placed in the Congressional Record. Being a stepmother is a difficult position to step into and those children who have been blessed with loving and caring ones are very lucky indeed.
3.  1996 Number 1 Song USA—the number 1 song in 1996 was “Always Be My Baby” by Mariah Carey on a run of 2weeks non continuous in that position to join 8 other songs reaching number 1 while 8 acts achieved their first number 1 song. Here is a video recording by Mariah Carey of ”Always Be My Baby”: https://www.youtube.com/watch?v=LfRNRymrv9k Mariah with her 5 octave range singing voice to go with her estimated over $500 million net worth is known as the “Songbird Supreme” and is going strong at the young age of 52.
4.  Word of the Day—the word of the day is “retromorphosis” which means a change for the worse which many conservatives believe where the Progressives like The Squad want to take this nation.
5.  Drugs Make It Hard to Surface—celebrating the birth on this day in 1955 of David Townsend, noted musician and guitarist for the band Surface who had great success from 1989-91 and disbanded in 1994 to reform again in 1999 to release their 5th studio album Love Zone and were planning a reunion tour which was cancelled since Townsend died from a drug overdose on October 26, 2005.
On this day in
a. 1974 400 officers of the LAPD and other federal and state agencies surrounded a house located at 1466 East 54th Street, Los Angeles that was occupied by 6 members of the Symbionese Liberation Army and engaged in a massive shootout with them for over 2 hours with the police firing 5,000 rounds and the SLA members shooting 4,000 before 2 SLA members were shot and killed and the 4 others succumbed to the fires that finally started from the numerous cannisters of tear gas lobbed into the house.
b. 1983 in response to a FOIA request filed by the Appalachian Observer, the Department of Energy released classified documents detailing the largest mercury contamination event ultimately revealed to be 4.2 million pounds at Oak Ridge, Tennessee.
c. 1990 the General Assembly of the World Health Organization eliminated homosexuality from the list of psychiatric diseases.
d. 1995 Shawn Nelson, an Army veteran, stole a M60 Patton tank, fortunately with no ordinance aboard, from the California National Guard Armory in San Diego, to go on a televised rampage, knocking down utility poles and fire hydrants and crushing 40 parked vehicles before getting stuck on a highway median and losing a track which enabled a California Highway Patrolman who was also in the Marine Corps Reserve to climb up on the turret and cut the bolts holding the hatch closed with bolt cutters and shoot Nelson to death when he would not stop trying to move the tank and refused to climb out and surrender.
e. 2006 the USS Oriskany, one of the few Essex Class aircraft carriers completed after World War II, after serving in the Korean War and Vietnam War and decommissioned on September 30, 1976 and on this day was sunk in the Gulf of Mexico off the coast of Pensacola, Florida landing upright in waters shallow enough to not be a hazard to navigation but accessible to recreational divers to create an artificial reef.

Reflections on the Symbionese Liberation Army: “They were incredibly naive and simplistic. They had an attitude or view of the world that reminded me of people who didn’t read the newspapers or hadn’t any sense of history. They actually believed that by carrying out these so-called revolutionary activities they were going to draw great support from a majority of the working class and poor people.” Dan Siegel, an active former activist while at Berkeley, after a 1975 meeting with Bill and Emily Harris, 2 SLA members, to discuss negotiating their surrender and possible book deal.
Please enjoy the poems on events of interest on my twitter   account below (if you like them, retweet, and follow me) and follow my blogs. Always good, incisive and entertaining poems on my blogs—click on the links below. Go to www.alaskanpoet.blogspot.com for Ridley’s Believe It Or Not—This Day in History,  poems to inspire, touch, emote, elate and enjoy and poems on breaking news items of importance or go to  Ridley's Believe It Or Not for just This Day in History.

© May 17, 2021 Michael P. Ridley aka The Alaskanpoet
Alaskanpoet for Hire, Poems to Admire
Poet Extraordinaire, Beyond Compare
A Unique Gift, All Recipients a Lasting Gift

Posted by Michael P. Ridley aka the Alaskanpoet at 4:53 PM