May 24, 2021 Ridley's Believe It Or Not Aircraft Maintenance Technicians Daya

US Vaccinations: As of 5/23/21 285.7 million doses and a day down to 1.83 million per day from yesterday’s 1.88 million on per day in the last week sounds impressive but if the rate does not increase it will take us now back to some 3 months to have 75% of the population vaccinated which many believe is necessary to develop herd immunity. In California 37,048,042 total doses have been given (80.2% of doses received to trail the U.S. average of 80.0%), but even with the pressure of a recall to be scheduled this fall which hopefully end Newsom’s term, California has not moved from  25th out of the 50 states in terms of the percentage of doses administered as a percentage of doses delivered to the states and at 41.3% of its population fully vaccinated compared to the U.S. average of 39.2% has moved up  from  24th tied with Delaware to 21st among the 50 states.  A long way to go to get herd immunity in terms of getting vaccines received into arms and the percentage of the population fully vaccinated compared to other states which means a great reason to recall this inept and hypocritical governor.
Non  CV News: It took a week and 300 officers but Tyler Terry, a quadruple murder suspect has been taken into custody with no shots fired; Witless Whitmer proved once again she is clueless as she attends a party at a bar in Lansing, Michigan with no social distancing and no masks and then posts a photo on social media ( bragging do as I say not as I do as Michigan, like recall headed California, under her watch is still draconian requiring masks and social distancing even for those fully vaccinated which she is); Daryl Dawkins, a 36 year old black male, has been arrested for the shootings at a birthday party attended by hundreds in Bridgetown, New Jersey where 2 were shot and killed and 12 shot and wounded in what police are calling a targeted attack (based on victim percentages in Chicago and St. Louis a very good chance that most of the victims were black which raises the question will there be any outcry from the BLM or only silence because Dawkins was only black not a police officer?); being half right is better than all wrong as De Blasio announced that all schools in NYC will be open for in person learning but masks required (half wrong); in a classic example of private enterprise using incentives as opposed to the heavy hand of regulation United Airlines announced a lottery for 2 people to fly anywhere in the world United flies if they upload proof of vaccination (watch this expand to see stores offering discounts or gift cards to those with proof of vaccines to enable business to open more fully and drive customers to their outlets to spend more); China is looking more culpable each day on COVID-19 as reports are surfacing that employees of the Wuhan Lab were showing COVID-19 symptoms before any announcement of the virus with its preposterous “origin” of wet markets in Wuhan (finally the MSM pundits who ridiculed the origin claims as right wing fantasies are jumping on the bandwagon); after 4 years of purgatory of not working due to sexual abuse allegations, Kevin Spacey will appear in an Italian film “L’uomo Che Disegno Dio,” or "The Man Who Drew God"; the PPP funds may have been a lifeline to many businesses but they attracted fraudulent schemes like ants to picnic with the tip of the iceberg at 120 arrests and counting (sadly so typical of government spending programs with not enough oversight).
27 year old Sasha Johnson, one of the leading BLM activists in England, has been shot in the head at a party and is in critical condition in a hospital; if Biden were serious about the border crisis which he is not he would replace Where’s Waldo with someone who will get firsthand knowledge of the tidal wave of illegals and the danger they pose to those living near the border and the fiscal, drug, and criminal disaster the tidal wave brings with it; as an indication of the left’s rising anti-Semitism, Amer Zahr, a Tlaib supporter and former campaign surrogate for Sanders who masquerades as a comedian is blasting people who condemn anti-Semitism (bet he would go ballistic if someone complained about Islamic jihadists; as  anti-Semitism is surging both in numbers and in violence leave it to the political cartoonist to graphically the source of such surge and violence: 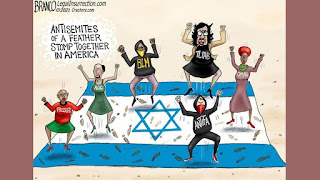 Chicago Gun Violence: Hey Jackass.com is back to show that through May 23, 2021, gun violence involving mostly persons of color shooting mostly persons of color in Chicago is alive and well with 1356 persons shot of whom 237 have died.
As always, I hope you enjoy today’s holidays and observances, factoids of interest for this day in history, a video musical link to “Foolish” by Ashanti, the fact that you enjoy picking up a poetry book and engaging in rhapsodomancy and a quote from Marine Le Pen on Brexit, secure in the knowledge that if you want to send a gift for any memorable events like Father’s Day, college graduations, birthdays, weddings, or anniversaries, you know that the Alaskanpoet can provide you with a unique customized poem at a great price tailored to the event and the recipient. Please contact me for details on the pricing.

1. Asparagus Day—in day without notable holidays and observances at least you can enjoy a nutritious vegetable that was prized by Greeks and Romans and grown here in the colonies as early as 1740.
2. Aircraft Maintenance Technicians Day—celebrated on this day since 2002 which is the anniversary of Charles Edward Taylor, born on May 24, 1868, who was the aircraft mechanic who built the engine for the Wright Flyer; the observance honors the service of all aircraft maintenance technicians who keep our airplanes able to take off, fly and land, tasks which need to be done in a safe manner.
3.  2002 Number 1 Song USA—the number 1 song in 2002 was “Foolish” by Ashanti on a run of 10 weeks in that position to join 8 other songs reaching number 1 as 5 acts were achieving their first number 1 song. Here is a video recording by Ashanti of “Foolish”: https://www.youtube.com/watch?v=gUPrnu3BEU8 Ashanti is a singer, songwriter and actress and has been performing since 1998 with over 27 million in record sales.
4.  Word of the Day—the word of the day is “rhapsodomancy” which means to seek divination by opening at random books of poetry and sounds better that reading tea leaves and would warm the hearts of starving poets.
5.  Easy to Stop a Puck, Harder to Stop a Cocktail—celebrating the birth on this day in 1959 of Pelle Lindbergh, a Swedish goaltender who was the only Swedish goaltender who did not lose to the USA in the Lake Placid Olympics and went on to play 5 seasons with the Philadelphia Flyers, winning the Vezina Trophy, awarded to the best goaltender, in 1985 but sadly after leaving a team party on November 10,1985  with a BAT of .24 lost control of his Porsche and crashed into a wall killing him and seriously injuring his 2 passengers. He became the first player in any North American team sport to be named posthumously to an All-Star Team and the water bottle now used by goalies during the game was first used by him.
On this day in
a. 1883 The Brooklyn Bridge was opened to traffic after 13 years of construction which cost $15.5 million dollars and the lives of 27 construction workers.
b.  1961 to the angry protests of a white mob, Freedom Bus riders disembarked from their bus in Jackson, Mississippi  only to be arrested for “disturbing the peace”.
c.  1976 the Judgment of Paris took place launching Californian as worldwide player in the production of quality wines.
d. 1991 Israel started Operation Solomon, a 36 hour airlift involving 35 aircraft to evacuate 14,325 Jews to Israel, including 8 babies born during the airlifts.
e. 2019 under pressure for her handling of BREXIT and hammered in a snap election she thought she would win, Prime Minister Theresa May announced her resignation as leader of the Conservative Party effective June 7, 2019.
Reflections on the meaning of Brexit: “They have acted like carnivores who used the world to enrich only themselves, and whether it's the election of Donald Trump, or Brexit, the elites have realized that the people have stopped listening to them, that the people want to determine their futures and, in a perfectly democratic framework, regain control of their destiny.” Marine Le Pen, French lawyer and politician and head of the conservative National Rally in France.

© May 24, 2021 Michael P. Ridley aka The Alaskanpoet
Alaskanpoet for Hire, Poems to Admire
Poet Extraordinaire, Beyond Compare
A Unique Gift, All Recipients a Lasting Gift

Posted by Michael P. Ridley aka the Alaskanpoet at 1:49 PM