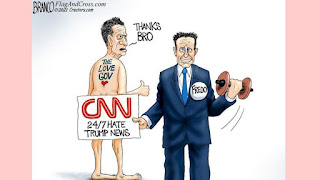 Chicago Gun Violence: Hey Jackass.com is alive and well to collect data to show that through August 3, 2021, gun violence involving mostly persons of color shooting mostly persons of color in Chicago is alive and well with 2616 persons shot of whom 451 have died.
As always, I hope you enjoy today’s holidays and observances, factoids of interest for this day in history, a  recording musical link to “Shadow Dancing” by Andy Gibb, the fact that you have never had to endure being the target of a schwerpunkt; and a quote by Robert McNamara on the August 4 Gulf of Tonkin “attack”, secure in the knowledge that if you want to send a gift for any memorable events like Labor Day, college graduations, birthdays, weddings, or anniversaries, you know that the Alaskanpoet can provide you with a unique customized poem at a great price tailored to the event and the recipient. Please contact me for details on pricing.
1.  Coast Guard Day—celebrating the formation of the Coast Guard, originally called the Revenue Service, on this day in 1790 that with a fleet of 10 revenue cutters would enforce the nation’s first tariff laws and received its present name when a law enacted by President Wilson on January 28, 1915 merged the Life Saving Service with the Revenue Cutter Service. In addition to maritime search and rescue and boating safety the Coast Guard is on our maritime front line against the importation of drugs, counterfeit goods and illegal aliens.
2.  National White Wine Day—created by the “Queen of Holidays” noted wine enthusiast and free lance writer  Jace Shoemaker Galloway which is a holiday easy to observe by enjoying a glass of your favorite white wine.
3. 1978 Number 1 Song USA—the number 1 song in 1978 on this day was “Shadow Dancing” by Andy Gibb on a run of 7 weeks in that position to join 19 other songs that achieved number 1 status as 11 acts achieved their first number 1 song on the Billboard Hot 100. Here is a video  recording of “Shadow Dancing” by Andy Gibb:  https://www.youtube.com/watch?v=PZxA3FVUwvk He looked so full of life performing the song at 20 years old but to be dead from addiction on March 10, 1985 5 days after his 30th birthday.
4.  Word of the Day—the word of the day is “schwerpunkt” which means in a military attack the main point of attack which cannot be used in our effort against the flood of illegal aliens across our border as there is not main point of effort.

5.  Someone Special to Report Special—celebrating the birth on this day in 1970 of noted Fox journalist William Brett Baier who is the anchor for Special Report well known for Jen Psaki’s  ire toward him during another birthday boy on this day Barack Obama who during his administration was on an anti-Fox witch hunt (a FOIA request unsurfaced her email of October 23, 2009 where she referred to Baier as a “lunatic” and vowed to place “some dead fish in the fox cubby”—great training for Biden’s Press Secretary).

On this day in:
a. 1989 after earlier in the year great fires had occurred in Seattle and Ellensburg, in Spokane, Washington, the Great Spokane Fire broke out and when it finally burnt out 1 person had been killed and 32 blocks, virtually the entire business of the city had burnt to the ground or dynamited to stop the fire’s spread.
b. 1964 2 whites Michael Schwerner and Andrew Goodman and 1 black James Chaney, all of whom were Freedom Riders protesting Jim Crow Laws in the South, were found dead from gunshots near Philadelphia, Mississippi after disappearing on June 21,1964.
c. 1964 after the US Maddox had been attacked by 3 North Vietnamese PT boats, the Maddox and the Turner Joy, which is now moored in Bremerton, Washington as a floating museum, claimed they were attacked North Vietnamese PT boats again which prompted LBJ to go on TV denouncing the attack and go to Congress for passage of the Gulf of Tonkin Resolution to get drawn into the national nightmare of the Vietnam War; unfortunately,  the attack never existed but the march to disaster had started and would not end for the U.S. until the Paris Peace Accords were signed on January 27, 1973.
d. 1987 the FCC rescinded the “Fairness Doctrine” requiring broadcasters to present opposing views on issues such that issues were presented fairly.
e. 2020 in Beirut, Lebanon 2750 tons of ammonium nitrate stored in warehouse without safety precautions for six years after being seized from the MV Rhosus exploded with a force of 1.1 kilotons of dynamite (5% of the atomic bomb at Hiroshima) to kill 218 people, injure some 7,500, cause $15 billion in damages  and render 300,000 residents homeless.
Reflections on the Gulf of Tonkin Incident of August 4, 1964: “   "...And ultimately it was concluded that almost certainly the [August 4] attack had occurred. But even at the time there was some recognition of a margin of error, so we thought it highly probable but not entirely certain. And because it was highly probable—and because even if it hadn't occurred, there was strong feeling we should have responded to the first attack, which we were positive had occurred—President Johnson decided to respond to the second [attack]. I think it is now clear [the second attack] did not occur..." –Defense Secretary Robert McNamara What a waste caused by a radar readings of waves and sonar readings of the American ships own propellers.

© August 4, 2021 Michael P. Ridley aka The Alaskanpoet
Alaskanpoet for Hire, Poems to Admire
Poet Extraordinaire, Beyond Compare
A Unique Gift, All Recipients a Lasting Gift

Posted by Michael P. Ridley aka the Alaskanpoet at 11:20 PM