August 17, 2021 Ridley's Believe It Or Not National Non Profits Day 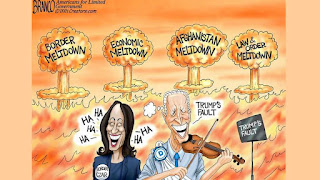 Chicago Gun Violence: Hey Jackass.com is alive and well to collect data to show that through August 15, 2021, gun violence involving mostly persons of color shooting mostly persons of color in Chicago is alive and well with 2863 persons shot of whom 496 have died.
As always, I hope you enjoy today’s holidays and observances, factoids of interest for this day in history, a  music video link to  “Vision of Love”  by Mariah Carey, that you that you are able to secern news from “fake news” and a quote by Carl Brand on starting over from addiction, secure in the knowledge that if you want to send a gift for any memorable events like Labor Day, college graduations, birthdays, weddings, or anniversaries, you know that the Alaskanpoet can provide you with a unique customized poem at a great price tailored to the event and the recipient. Please contact me for details on pricing.
1.  National Non Profits Day—created by Sherita J. Herring on this day in 2017 which is the anniversary of the Tariff Act of 1894 which exempted nonprofits from the federal income tax to promote recognition of the contribution of nonprofits to our communities and the world.
2.  National Thrift Shop Day—not sure who created this day or when but suspect Goodwill Industries might have been involved to profit thrift shops that sell donated used merchandise to raise revenue for the charity or non profit’s social programs at significant savings during times when money is tight.
3. 1990 Number 1 Song USA—the number 1 song in 1990 on this day was “Vision of Love” by Mariah Carey for 4 weeks in that position to join 251 other songs that achieved number 1 status with 14 other act that achieved their first number 1 song on the Billboard Hot 100. Here is a music video of “Vision of Love” by Mariah Carey:  https://www.youtube.com/watch?v=tov22NtCMC4   Carey is an American singer, songwriter, actress and producer with a 5 octave voice and over 200 million records sold and still going strong at the young age of 52.
4.  Word of the Day—the word of the day is “secern” which mean to discriminate which when trying to separate news from “fake” news is becoming harder and harder.
5.  Singing the Blues—celebrating the birth on this day in 1943 of noted blues singer and guitarist Dave “Snaker” Ray whose nickname defies finding its origin but sadly for his fans he was a heavy smoker and was diagnosed with lung cancer in May of 2002 but turned down aggressive treatment to continue playing and died from it on Thanksgiving Day in 2002.
On this day in:
a. 1945 George Orwell published his noted satirical allegorical novella Animal Farm.
b. 1953 Narcotics Anonymous founded by Jimmy Kinnon held its first meeting in Southern California.
c. 1969 Hurricane Camille came ashore at Bay St. Louis, Mississippi as a CAT 5 with sustained winds of 175 miles per hour flattening almost everything in its past and causing massive flooding, killing some 259 people and causing some $11 billion in today’s dollars before dissipating in the Atlantic on August 22.
d. 1998 President Bill Clinton in taped testimony and later in an address to the American people admitted that he had had an “inappropriate” relationship with Monica Lewinsky and had misled the American people.
e. 2008 swimmer Michael Phelps became the first person to win 8 Gold Medals in an Olympics, breaking Mark Spitz’s record of 7.
Reflections on the addiction: “Although no one can go back and make a new start, anyone can start from now and make a brand new ending.” Carl M. Brand, noted author.
Please enjoy the poems on events of interest on my twitter account below (if you like them, retweet, and follow me) and follow my blogs. Always good, incisive and entertaining poems on my blogs—click on the links below. Go to www.alaskanpoet.blogspot.com for Ridley’s Believe It Or Not—This Day in History,  poems to inspire, touch, emote, elate and enjoy and poems on breaking news items of importance or go to  Ridley's Believe It Or Not for just This Day in History.

© August 17, 2021 Michael P. Ridley aka The Alaskanpoet
Alaskanpoet for Hire, Poems to Admire
Poet Extraordinaire, Beyond Compare
A Unique Gift, All Recipients a Lasting Gift

Posted by Michael P. Ridley aka the Alaskanpoet at 11:42 AM