August 13, 2021 Ridley's Believe It Or Not International Lefthanders Day 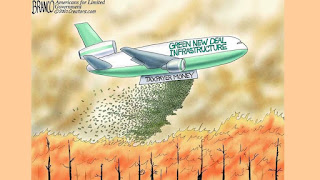 Chicago Gun Violence: Hey Jackass.com is alive and well to collect data to show that through August 12, 2021, gun violence involving mostly persons of color shooting mostly persons of color in Chicago is alive and well with 2781 persons shot of whom 475 have died.
As always, I hope you enjoy today’s holidays and observances, factoids of interest for this day in history, a  music video link to  “The Glory of Love” by Peter Cetera, that you enjoy the fact you cannot be accused of being a scrimshank, and a quote by Jo-Ann Mapson on lefthanders, secure in the knowledge that if you want to send a gift for any memorable events like Labor Day, college graduations, birthdays, weddings, or  anniversaries, you know that the Alaskanpoet can provide you with a unique customized poem at a great price tailored to the event and the recipient. Please contact me for details on pricing.
1.  International Lefthanders Day—created by Dean Campbell, the founder of Lefthanders International, Inc.  and first celebrated on this day in 1976 to create awareness of the uniqueness of and the difficulties faced by 7 to 10 percent of the population who are left-handed in a righthanders’ world, including this poet’s mother.
2.  Blame Someone Else Day—created by Anne Moeller and A.C. Vierow of Clio, Michigan on this Friday in 1982 and thereafter on the first Friday the 13th of the year. Fortunately it is only celebrated once a year other wise people making mistakes and celebrating it’s not their fault would never take the time to look at their role in the mistake and correct their shortcomings.
3. 1986 Number 1 Song USA—the number 1 song in 1986 on this day was “The Glory of Love” Peter Cetera for 2 weeks in that position to join 29 other songs that achieved number 1 status and join 19 other acts that achieved their first number 1 song on the Billboard Hot 100. Here is a music video of “The Glory of Love” by Peter Cetera: https://www.youtube.com/watch?v=yQHhqDRn4_c  Peter is best remembered for being one of the original members the rock band Chicago from 1967 to 1985 before embarking on a successful career as a solo; still alive today but had retired from the  music business in 2019.
4.  Word of the Day—the word of the day is “scrimshank” which means to avoid work or duty which describes VP Harris’s MIA performance on the border thus far.
5.  Collect 30,000 Books But Not the Ones That Would Have Saved Him—celebrating the birth on this day in 1920 of noted actor and WWII Silver Star recipient who went right from the battlefield to the entertainment industry in such films as The Birdman of Alcatraz, Stalag 17, and Riot in Cell Block 11, but none of the books he collected must have warned of the dangers of smoking and alcoholism and he died from emphysema on April 16, 1992.
On this day in:
a. 1792 King Louis XVI was arrested and declared to be an “enemy of the people” by the National Assembly as the first step toward his date with the guillotine on  January 21, 1793.
b. 1961 in what would be known as “Barbed Wire Sunday” East Germany started erecting a wall between West Berlin and East Berlin to prevent the exodus of East Germans fleeing into West Berlin and then into West Germany.
c. 1964 Peter Allen and Gwynne Evans had the dubious distinction of being the last persons to be executed for murder in the United Kingdom for the murder of John Allen West.
d. 1969 the 3 Apollo 11 astronauts received a ticker tape parade in New York City and then flew to Los Angeles for a State Dinner to be awarded the Presidential Medal of Freedom.
e. 2020 relations between Israel and the United Arab Emirates were formally established.
Reflections on being left-handed:   “She knew for a fact that being left-handed automatically made you special.
Marie Curie, Albert Einstein, Linus Pauling, and Albert Schweitzer were all left-handed. Of course, no believable scientific theory could rest on such a small group of people. When Lindsay probed further, however, more proof emerged. Michelangelo, Leonardo da Vinci, M.C. Escher, Mark Twain, Hans Christian Andersen, Lewis Carrol, H.G. Wells, Eudora Welty, and Jessamyn West- all lefties. The lack of women in her research had initially bothered her until she mentioned it to Allegra. "Chalk that up to male chauvinism," she said. "Lots of left-handed women were geniuses. Janis Joplin was. All it means is that the macho-man researchers didn't bother asking.”
― Jo-Ann Mapson, The Owl & Moon Café.
Please enjoy the poems on events of interest on my twitter account below (if you like them, retweet, and follow me) and follow my blogs. Always good, incisive and entertaining poems on my blogs—click on the links below. Go to www.alaskanpoet.blogspot.com for Ridley’s Believe It Or Not—This Day in History,  poems to inspire, touch, emote, elate and enjoy and poems on breaking news items of importance or go to  Ridley's Believe It Or Not for just This Day in History.

© August 13, 2021 Michael P. Ridley aka The Alaskanpoet
Alaskanpoet for Hire, Poems to Admire
Poet Extraordinaire, Beyond Compare
A Unique Gift, All Recipients a Lasting Gift

Posted by Michael P. Ridley aka the Alaskanpoet at 11:07 PM