August 12, 2021 Ridley's Believe It Or Not Annual Medical Checkup Day 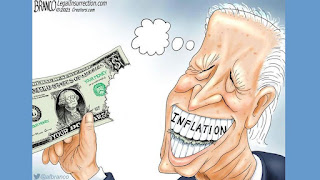 Chicago Gun Violence: Hey Jackass.com is alive and well to collect data to show that through August 11, 2021, gun violence involving mostly persons of color shooting mostly persons of color in Chicago is alive and well with 2774 persons shot of whom 475 have died.
As always, I hope you enjoy today’s holidays and observances, factoids of interest for this day in history, a  video musical link to “Shout” by  Fears and Tears, that you enjoy the fact you do not need to become more scannel, and a quote by Lord Joseph Lister on admission of errors, secure in the knowledge that if you want to send a gift for any memorable events like Labor Day, college graduations, birthdays, weddings, or anniversaries, you know that the Alaskanpoet can provide you with a unique customized poem at a great price tailored to the event and the recipient. Please contact me for details on pricing.
1.  Annual Medical Checkup Day—not sure who created this or when, but an annual physical checkup can be a life saver especially as on get older; now that we are returning to some sense of normalcy out of the pandemic which had many people postponing medical procedures out of fear of being infected it would be a great idea to schedule a physical with your family doctor.
2.  Ingersoll Day—celebrating the birth of Robert G. Ingersoll on this day in 1833 known as the “Great Agnostic” who was one of the most noted free thinkers of the 19th Century who advocated that science and reason should shape human beliefs not religion.
3. 1985 Number 1 Song USA—the number 1 song in 1985 on this day was “Shout” by Tears for Fears of 3 weeks in that position to join 26 other songs that achieved number 1 status and join 16 other acts that achieved their first number 1 song on the Billboard Hot 100. Here is a video recording of “Shout” by Tears for Fears: https://www.youtube.com/watch?v=Ye7FKc1JQe4  The band was formed in 1981 and was part of MTV’s Second British Invasion and is still performing today.
4.  Word of the Day—the word of the day is “scrannel” which means thin or light which as all the ads for Nutri Systems air is a physical description not suitable to describe most Americans.
5. Bite the Hand That Feeds—bemoaning the birth on this day of George Soros on this day in 1930 who has made billions but sadly is swayed by the progressive left and is a major donor to those who support the leftist progressive agenda.
On this day in:
a. 1865 to the joy of surgical patients who now had a fighting chance to avoid deadly bacterial infections as a result of surgery, British scientist and doctor Joseph Lister performed the first antiseptic operation.
b. 1944 General Henri Leclerc’s French forces captured Alencon in Normandy the first French town to be liberated by the French.
c. 1992 The Mall of America, at that time the largest mall in the U.S., opened for business in Bloomington, Minnesota.
d. 1964 South Africa was banned from participation in the Olympic Games due to its apartheid policies.
e. 1994 MLB players go on strike, forcing the cancellation of the World Series.
Reflections that go far beyond surgery to apply in spades to our leaders and appointed bureaucrats:  “Next to the promulgation of the truth, the best thing I can conceive that man can do is the public recantation of an error.” Lord Joseph Lister. Sadly on both sides of the aisle our leader believe that they can do no wrong and fortunately after causing great anguish and harm are brought to doom and disgrace.
Please enjoy the poems on events of interest on my twitter account below (if you like them, retweet, and follow me) and follow my blogs. Always good, incisive and entertaining poems on my blogs—click on the links below. Go to www.alaskanpoet.blogspot.com for Ridley’s Believe It Or Not—This Day in History,  poems to inspire, touch, emote, elate and enjoy and poems on breaking news items of importance or go to  Ridley's Believe It Or Not for just This Day in History.

© August 12, 2021 Michael P. Ridley aka The Alaskanpoet
Alaskanpoet for Hire, Poems to Admire
Poet Extraordinaire, Beyond Compare
A Unique Gift, All Recipients a Lasting Gift

Posted by Michael P. Ridley aka the Alaskanpoet at 12:08 PM