August 15, 2021 Ridley's Believe It Or Not National Failures Day 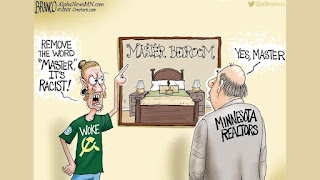 Chicago Gun Violence: Hey Jackass.com is alive and well to collect data to show that through August 14, 2021, gun violence involving mostly persons of color shooting mostly persons of color in Chicago is alive and well with 2838 persons shot of whom 485 have died.
As always, I hope you enjoy today’s holidays and observances, factoids of interest for this day in history, a  music video link to  “Roll With It” by Steve Winwood, that you that you are not to be considered a scullion and a quote by Michael Lang on the Woodstock Art and Music Festival, secure in the knowledge that if you want to send a gift for any memorable events like Labor Day, college graduations, birthdays, weddings, or anniversaries, you know that the Alaskanpoet can provide you with a unique customized poem at a great price tailored to the event and the recipient. Please contact me for details on pricing.
1.  National Failures Day—created by Jack Gilbert in 1983 to urge people to examine their failures, learn from them and then use the experience to improve; sadly to be able to take advantage of the day you have to have the ability to admit one’s error which for people like Andrew Cuomo make the day a hard or almost impossible observance to observe.
2.  National Check the Chip Day—created the American Animal Hospital Association and the American Veterinary Medical Association to encourage pet owners to implant microchips in their pets to aid in their recovery if lost or stolen.
3. 1988 Number 1 Song USA—the number 1 song in 1988 on this day was “Roll With It” by Steve Winwood for 4 weeks in that position to join 31 other songs that achieved number 1 status as 17 acts achieved their first number 1 song on the Billboard Hot 100. Here is a music video of “Roll With It” by Steve Winwood:   https://www.youtube.com/watch?v=u_vkKozA8OI Winwood is an English singer associated with many successful act in the 60’ and 70’s and then a successful career in the 80’s with a slew of hit singles which he ceased doing as the 80’s ended and he continued to release albums the last of which was in 2008. He still performs on tour with other classic rock groups.
4.  Word of the Day—the word of the day is “scullion” which is a mean, contemptible person which describes most Squad members to a tee.
5.  Mad Max—bemoaning the birth on this day in 1938 of long time Blue hack politician who has been in the House for 31 years and best known for her call to get in the faces of Trump supporters and appointed officials and whose rhetoric may well have prejudiced the jury to be fearful of riots if they did not convict Chauvin for his murder of George Floyd.
On this day in:
a. 1914 the Panama Canal was dedicated after construction had started on May 4, 1904 with the SS Ancon  being the first ship to transit the Panama Canal.
b. 1947 India became independent and joined the Commonwealth of Nations after being ruled by British East Indies Company and the British crown for 194 years.
c. 1969 the Woodstock Art and Music Festival in upstate New York began its 3 day run featuring top musical acts that were watched by some 400,000 fans.
d. 1985 Shannon Faulkner became the first female cadet to matriculate at The Citadel only to drop out a week later.
e. 2013 The Smithsonian announced the discovery of the first new Western Hemisphere carnivore mammal in 35 years--the olinguito which sadly after discovery was classified as near threatened: 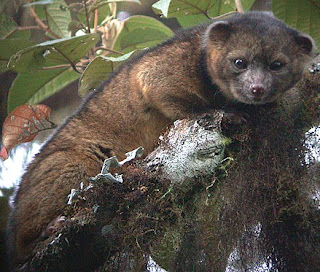 Reflections on Woodstock: “ The Boston Globe: The Woodstock Music and Art Festival will surely go down in history as a mass event of great and positive significance in the life of the country ... That this many young people could assemble so peaceably and with such good humor in a mile-square area ... speaks volumes about their dedication to the ideal of respect for the dignity of the individual ... In a nation beset with a crescendo of violence, this is a vibrantly hopeful sign. If violence is infectious, so, happily, is nonviolence.” Michael Lang, noted concert promoter and the co-creator of The Woodstock Music and Art Festival
Please enjoy the poems on events of interest on my twitter account below (if you like them, retweet, and follow me) and follow my blogs. Always good, incisive and entertaining poems on my blogs—click on the links below. Go to www.alaskanpoet.blogspot.com for Ridley’s Believe It Or Not—This Day in History,  poems to inspire, touch, emote, elate and enjoy and poems on breaking news items of importance or go to  Ridley's Believe It Or Not for just This Day in History.

© August 15, 2021 Michael P. Ridley aka The Alaskanpoet
Alaskanpoet for Hire, Poems to Admire
Poet Extraordinaire, Beyond Compare
A Unique Gift, All Recipients a Lasting Gift

Posted by Michael P. Ridley aka the Alaskanpoet at 11:27 PM