August 16, 2021 Ridley's Believe It Or Not National Roller Coaster Day 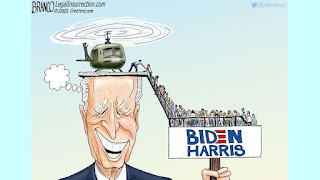 Chicago Gun Violence: Hey Jackass.com is alive and well to collect data to show that through August 15, 2021, gun violence involving mostly persons of color shooting mostly persons of color in Chicago is alive and well with 2843 persons shot of whom 487 have died.               As always, I hope you enjoy today’s holidays and observances, factoids of interest for this day in history, a  music video link to  “Right Here Waiting”  by Richard Marx, that you that you are not distracted by scuttlebutt and a quote by Pierre Burton on the dangers of getting into the Klondike on the Chilcott Trail, secure in the knowledge that if you want to send a gift for any memorable events like Labor Day, college graduations, birthdays, weddings, or anniversaries, you know that the Alaskanpoet can provide you with a unique customized poem at a great price tailored to the event and the recipient. Please contact me for details on pricing.
1.  National Rum Day—celebrating the third most popular spirit in the United States and with the tax on molasses, rum and sugar imposed by the British on the colonies by the Sugar Act of 1764 was instrumental in creating the unrest that helped lead us into the Revolutionary War.
2.  National Roller Coaster Day—commemorating since 1986 the thrill seeking ride that today is typically  goes faster and faster with riders emitting more and more screams as it rocks, rolls and weaves to the ground from higher and higher heights and patented on this day in 1898 by Edwin  Prescott.
3. 1989 Number 1 Song USA—the number 1 song in 1989 on this day was “Right Here Waiting” by Richard Marx for 3 weeks in that position to join 31 other songs that achieved number 1 status as 12 acts achieved their first number 1 song on the Billboard Hot 100. Here is a music video of “Right Here Waiting” by Richard Marx:  https://www.youtube.com/watch?v=S_E2EHVxNAE  Marx is an American singer who began his career at age 5 singing commercial jingles and released his first album in 1987 and between 1987 and 1994 released 14 top 20 singles and is still performing today at 57.
4.  Word of the Day—the word of the day is “scuttlebutt” which in addition to meaning rumor and idle gossip also a cask of drinking water on a ship.
5.  The Longest Suicide—celebrating the birth on this day in 1929 of noted American jazz composer and pianist William Evans who battled heroin addiction to beat it through methadone only to move on to a cocaine habit while still working but slowed down by his brothers suicide in 1979  to die on September 15, 1980 shortly after being admitted to Mount Sinai Hospital in NYC with cirrhosis, a peptic ulcer, pneumonia and untreated hepatitis in what his friend and music critic Gene Lees  called the “longest suicide in history.”
On this day in:
a. 1896 Slocum Jim Mason, Dawson Charlie and George Carmack discovered gold at Rabbit Creek, a tributary to the Klondike River in the Yukon Territory in Canada kicking off the Klondike Gold Rush which saw 100,000 prospectors descend into the Klondike, most of whom found not enough gold to pay their expenses.
b. 1954 to the joy of sports fans and later swimsuit lovers, the first issue of Sports Illustrated was published.
c. 2008 in Chicago the International Trump Hotel and Tower was topped off at 1389 feet to become at that time the tallest residence above ground level in the world.                   d. 2017 the Minamata Convention which was signed October 10, 2013 to prevent mercury contamination and emissions became effective.
e. 2020 lightning strikes starting on this day and ending on the 17th started 37 fires in Northern California which merged into one fire that burned 1614 square miles by the time it was put out on November 12, killing one firefighter and destroying 935 buildings.
Reflections on the dangers of traversing the Chilcott Trail to get into the Klondike during the Klondike Gold Rush: “    The scene was a weird and terrible one. Small air holes sometimes appeared in the snow to mark the spot where a man or woman had been buried, and somewhere beneath them, the searchers could hear the muffled cries of the victims… Relatives above called out their last good-byes to those entombed below. Many people were saved, pulled from the depths by their fellow stampeders, but approximately 70 died. As the hours wore on, those who were not rescued at once slowly became anesthetized by the carbon dioxide given off by their own breathing; they began to feel drowsy, and drifted off into a dreamless sleep from which few awoke,”   Pierre Burton, The Klondike Fever: The Life and Death of the Last Great Gold Rush, describing an avalanche on the Chilcott Trail on April 3, 1898 with 30 feet of snow cascading down to kill 70 prospectors climbing up to get into the Yukon during the Klondike Gold Rush.
Please enjoy the poems on events of interest on my twitter account below (if you like them, retweet, and follow me) and follow my blogs. Always good, incisive and entertaining poems on my blogs—click on the links below. Go to www.alaskanpoet.blogspot.com for Ridley’s Believe It Or Not—This Day in History,  poems to inspire, touch, emote, elate and enjoy and poems on breaking news items of importance or go to  Ridley's Believe It Or Not for just This Day in History.

© August 16, 2021 Michael P. Ridley aka The Alaskanpoet
Alaskanpoet for Hire, Poems to Admire
Poet Extraordinaire, Beyond Compare
A Unique Gift, All Recipients a Lasting Gift

Posted by Michael P. Ridley aka the Alaskanpoet at 7:10 PM