November 1, 2021 Ridley's Believe It Or Not World Vegan Day 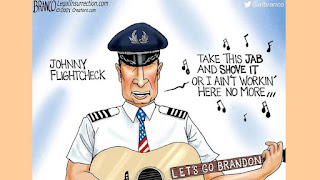 Chicago Gun Violence: Hey Jackass.com is alive and well to collect data to show that through October 30, 2021, gun violence involving mostly persons of color shooting mostly persons of color in Chicago is alive and well with 3923 persons shot of whom 675 have died.
As always, I hope you enjoy today’s holidays and observances, factoids of interest for this day in history, a  music video link to  “Girls Like You”  by Maroon 5 feat. Cardi B, the fact that you enjoy reading articles that describe events that may be sibylline; and a quote by Gary L. Francione, secure in the knowledge that if you want to send a gift for any memorable events like Halloween or Veterans  Day, college graduations, birthdays, weddings, or anniversaries, you know that the Alaskanpoet can provide you with a unique customized poem at a great price tailored to the event and the recipient. Please contact me for details on pricing.
1.  National Brush Day—created by the Partnership for Healthy Mouths, Healthy Lives in 2013 to promote brushing of teeth for 2 minutes a day twice a day for good dental health and chosen due to the massive amounts of candy young kids will have received and started consuming on Halloween.
2.  World Vegan Day—created in 1994 by the Louise Wallis, the Chairperson of the Vegan Society of the United Kingdom to commemorate  the beginning of the Vegan Movement 50 years ago in 1944 and to promote the benefits of a vegan diet.
3. 2018  Number 1 Song USA—the number 1 song in 2018 on this day was “Girls Like You” by Maroon 5 feat. Cardi B  on  a run in that position of 7 weeks to join 11 other  songs that achieved number 1 status  as 9 acts achieved their first number 1 song on the Billboard Hot 100, including rapper XXXTentacion, who was murdered in an armed robbery at age 20 to become  the 8th artist to reach number 1 status posthumously.  Here is a music video of “Girls Like You” by Maroon 5 feat. Cardi B.  https://www.youtube.com/watch?v=aJOTlE1K90k
4.  Word of the Day—the word of the day is “sibylline” which means prophetic which describes the onset of inflation to be caused by the trillions of new dollars to be spent by the federal government if Biden’s spending agenda is passed.
5.  One Two Punch—celebrating the birth on this day in 1960 of Tim Cook, Steve Jobs successor as CEO at Apple, who led the company to become the first company with a $1 trillion market cap on August 2, 2018  and then become the first company to achieve a  $2 trillion market cap on August 19, 2020.
On this day in:
a. 1896 a picture of a native woman with bare breasts appeared in National Geographic for the first time.
b. 1956  John “Jack” Graham, angry over his mother’s placement of him in an orphanage  during  his childhood and desirous of a large insurance payment, placed a bomb in her luggage before she boarded United Airlines Flight 629 from Denver to Portland which exploded minutes after the plane took off, sending it crashing to the ground, killing all 44 aboard. Graham was arrested, tried in Colorado’s first trial that was televised, convicted of one count of murder for his mother as there were no statutes that made bombing of an interstate flight a federal crime which was remedied when President Eisenhower signed legislation making bombing an aircraft illegal and executed on January 16, 1957.
c.  1968  the Motion Picture Association of America adopted in rating system for movies for violence and sexual content of G, M, R and X.
d. 1982 Honda became the first Asian car manufacturer to open a plant in Marysville, Ohio to manufacture cars in the United States.
e. 1984 anti-Sikh riots broke out in India after Prime Minister Indira Gandhi was assassinated by her 2 Sikh bodyguards and when they ended 4 days later some 8,000 Sikhs had been killed.
Reflections on Veganism: “Veganism is not about giving anything up or losing anything; it is about gaining the peace within yourself that comes from embracing nonviolence and refusing to participate in the exploitation of the vulnerable”
― Gary L Francione, noted professor of law at Rutgers University and author of many books and articles on animal ethics.
Please enjoy the poems on events of interest on my twitter account below (if you like them, retweet, and follow me) and follow my blogs. Always good, incisive and entertaining poems on my blogs—click on the links below. Go to www.alaskanpoet.blogspot.com for Ridley’s Believe It Or Not—This Day in History,  poems to inspire, touch, emote, elate and enjoy and poems on breaking news items of importance or go to  Ridley's Believe It Or Not for just This Day in History.

© November 1,2021 Michael P. Ridley aka The Alaskanpoet
Alaskanpoet for Hire, Poems to Admire
Poet Extraordinaire, Beyond Compare
A Unique Gift, All Recipients Receive a Lasting Lift

Posted by Michael P. Ridley aka the Alaskanpoet at 8:42 AM