November 3, 2021 Ridley's Believe It Or Not Eat Smart Day

RIDLEY’S BELIEVE IT OR NOT November 3, 2021
CV World Cases: The CV pandemic across the planet continues on an increasing basis with cases now over 247 million at 248,824,610 cases,  18,337,295 of which are active, 230,487,315  closed with 225,450,289 recoveries (97.81%), and cracking the 5,000,000 barrier 5,037,026 deaths (2.19% )to continue the low trend of increased cases with increased recovery percentages and decreased death percentages with some plateaus, dips, and rises.
CV USA Cases: Total cases now over 47 million at 47,105,468 with 9,218,010 active cases of which 11,883 are serious or critical, (8,599 on 3/25/2021) (back to steady decreases despite the  Delta variable to .128% of active cases and to increase the reduction from the 29,271 peak on 12/31/2020 to 17,388, 37,887,458 closures with 770,854 deaths (2.03%) and with 37,116,604 recoveries (97.97%). Our death rate percentage is .16% lower than the world’s death rate.
Standing: On a deaths per million population measure on a steady   but slow climb to 2311 the U.S. ranks behind Peru (5965) the new number 1 which has had a quantum leap in deaths previously unmatched which was a change in the classification to give Peru the a new method of reporting to have a fatality rate of 9.26% of total cases now; Bulgaria the new number 2 (3575), Hungary (3219), Brazil (2835) which has been hit with a rapid rise in deaths now slowing down, Romania (2576), Argentina (2536), and newly added to the list Columbia (2468),  and slightly better than Belgium (2238), Mexico (2210), Italy (2191), UK (2065),  Poland (2041), Chile (1954),  Spain (1870),  Ecuador newly added to list (1831),  France (1799), Portugal (1790), Bolivia (1593),  Sweden (1474) that never closed its economy down like we did, and Switzerland (1287).
Tests: No need to tally tests as testing programs are functioning well.
CV Open Gate: Lost in the pronouncements by Biden and his lackeys  that there is no crisis of illegals surging across the border is that fact that COVID-19 is alive and well and spreading in the Northern Triangle and Mexico which is  10th  on my list of deaths from the pandemic  at 2210/M with 346,815 active cases and a fatality rate of 8.33% of closed cases and the 3 countries in the Northern Triangle in terms of active cases and deaths per million are as follows even though the data may be suspect as underreported (regardless of number we need no more cases):
Guatemala:  Active Cases:    4,439 Deaths/M  829
Honduras:    Active Cases: 249,598 Deaths/M 1017
El Salvador:  Active cases:   14,788 Deaths/M  560
US Vaccinations: As of 11/3/2021 425.30.7 million doses,  1.36 million per day (down to 2 months for 75% of population vaccinated) and in California 167,561  per day  (which means it will take us now less than 1 week to have 75% of the population of California vaccinated which many believe is necessary to develop herd immunity (other than Flip Flop Fauci who may believe that 90% is required).  In California 54,681,532 total doses have been given (85.3%  of doses received to exceed the U.S. average of 81.1%), California has moved from 5th to 6th of the 50 states in terms of the percentage of doses administered as a percentage of doses delivered to the states and at 61.5% of its population fully vaccinated compared to the U.S. average of 58.1% and has moved from 14th to 15th  in terms of getting vaccines received into arms and the percentage of the population fully vaccinated compared to other states.
Non  CV News: Virginia’s new black female Lt. Governor Winsome Sears blasted Jemele Hill for her White Supremacist Syndrome Stage 4 for claiming Sear’s win was due to white supremacists; the 24 year old armorer Hannah Reed on the set of Rust has indicated she is not ready to speak about the accident that killed Halyna Hutchins and wounded director Joel Souza and is referring all inquiries to her lawyer; Ciattarelli blasted ABC for declaring Murphy the winner in the New Jersey Governor’s race when in a close race the number of ballots to be counted was not yet known; Governor De Santis had a crowd roaring when he called the Biden Administration the Brandon Administration (better name would be the Brandon Misadministration); Ed Durr a truck driver who spent $153 on his campaign has a 2000 vote lead over long time New Jersey Senate president Steve Sweeney (another upset as earth shattering as the narrow margin of victory Murphy eked out for governor when he was supposed to win in a landslide); Tom Hanks of Apollo 13 movie fame has revealed that Bezos wanted him to fly but Hanks turned him down not wanting to fork over the $28 million price tag; as private jets flocked to Glasgow for the UN Climate Conference without the leaders of  two major carbon emitters China and Russia not even present and our president nodding off in one of the speeches, leave it to the political cartoonist to point out the futility of it all. 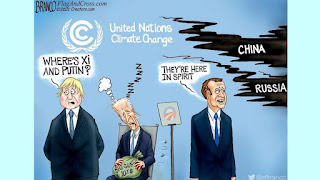 Chicago Gun Violence: Hey Jackass.com is alive and well to collect data to show that through November 2, 2021, gun violence involving mostly persons of color shooting mostly persons of color in Chicago is alive and well with 3944 persons shot of whom 682 have died.
As always, I hope you enjoy today’s holidays and observances, factoids of interest for this day in history, a  music video link to  “Someone You Loved”  by Capaldi, the fact that at least for today in our siccaneous forests wildfires are not raging uncontained; and a quote by the Greensboro Truth and Reconciliation Committee on the Greensboro Massacre, secure in the knowledge that if you want to send a gift for any memorable events like Thanksgiving or Veterans  Day, college graduations, birthdays, weddings, or anniversaries, you know that the Alaskanpoet can provide you with a unique customized poem at a great price tailored to the event and the recipient. Please contact me for details on pricing.
1.  World Jellyfish Day—clueless as to who created this observance or better yet why as these boneless creatures that are armed with stingers that are really painful are the bane of former seiners like the Alaskanpoet and save as the source of an ingredient seem to have little use on this planet.
2.  Eat Smart Day—created in 2017 by the American Heart Association to promote awareness of what constitutes a healthy diet low in fats and salt and high in fiber, vitamins and minerals to promote a healthy long-lasting heart as transplantable hearts for people suffering heart disease are few and far between.
3. 2019  Number 1 Song USA—the number 1 song in 2019 on this day was “Someone You Loved” by Lewis Capaldi  on  a run in that position of 1 week to join 15 other  songs that achieved number 1 status  and  9 other acts that achieved their first number 1 song on the Billboard Hot 100.  Here is a music video of “Someone You Loved” by Lewis Capaldi:  https://www.youtube.com/watch?v=bCuhuePlP8o Capaldi was born in Glasgow in 1996, learned to play the guitar at age 2, starting singing in pubs at age 7 and has been in the industry since 2017, living in Scotland.
4.  Word of the Day—the word of the day is “siccaneous” which arid or dry which describes the state of our forests in California due to our severe drought.
5.  Kneeling Into Retirement—celebrating or bemoaning depending on your point of view the birth on this day in 1987 of Colin Kaepernick, former quarterback for the San Francisco 49’ers for 6 season best known for his sitting then kneeling during the national  anthem being played before the beginning of football games to protest police brutality against black and who left after the 2016 season when the team hired a new coach whose offensive plans did not include someone with his talents and has not been signed by any other team.
On this day in:
a. 1903 Panama separated from Columbia with support from the United States, paving the way for the U.S. to take over the construction of the Panama Canal which it did on May 4, 1904.
b. 1969 as anti-Vietnam War protests swept the nation in increasing numbers after the Tet Offensive,  Richard Nixon spoke to the nation on TV asking the “silent majority” of Americans to support his policies for ending the Vietnam War.
c.  1979 in Greensboro, South Carolina at a “Death to the Klan” rally organized by  members of the Communist Workers Party, 5 demonstrators were shot and killed and 10 wounded along with 1 Klan member. A state trial for murder and riot ended with all Klan defendants being acquitted as did a federal trial for violating the protestors civil rights.
d. 1986 the Lebanese newspaper Ash-Shiraa  reported that the U.S. had been secretly selling arms to Iran in an attempt to free 7 hostages held by pro-Iranian groups in Lebanon.
e. 2014 One World Trade Center officially opened on the site formerly occupied by the Twin Towers destroyed on September 9, 2001.
Reflections on the shootings in Greensboro which became known as the Greensboro Massacre: We believe the truth and reconciliation process in Greensboro opened up the debate around Nov. 3, 1979, in a positive way and has successfully engaged a broad spectrum of the community in an effort that offers hope for reconciliation. As a Commission that looks a bit like Greensboro in microcosm, we found that this process –and our own struggle to hear and understand each other- had a profound impact on our perceptions of the issues we explored. Our individual and collective commitment to the truth helped us persevere. And the human stories and emotions we encountered along the way moved us to do our best to leave behind a legacy we hope will serve Greensboro for years to come. We cannot say what the future will hold for this community or what the long-term impact of this process will look like, but we hope that this process also serves as a learning tool for others in this country who, like Greensboro, are burdened by a legacy of hurt and inspired by the possibility of honestly coming to terms with their own history. Greensboro Truth and Reconciliation Committee
Please enjoy the poems on events of interest on my twitter account below (if you like them, retweet, and follow me) and follow my blogs. Always good, incisive and entertaining poems on my blogs—click on the links below. Go to www.alaskanpoet.blogspot.com for Ridley’s Believe It Or Not—This Day in History,  poems to inspire, touch, emote, elate and enjoy and poems on breaking news items of importance or go to  Ridley's Believe It Or Not for just This Day in History.

Posted by Michael P. Ridley aka the Alaskanpoet at 4:00 PM