November 9, 2021 Ridley's Believe It Or Not World Freedom Day 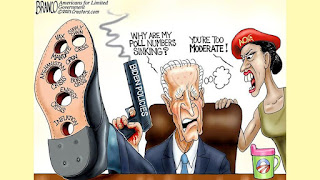 Chicago Gun Violence: Hey Jackass.com is alive and well to collect data to show that through November 8, 2021, gun violence involving mostly persons of color shooting mostly persons of color in Chicago is alive and well with 4030 persons shot of whom 701 have died.
As always, I hope you enjoy today’s holidays and observances, factoids of interest for this day in history, a  recording link to  “Remember Me”  by Bing Crosby, admiring the color of silverskins; and a quote from Robert McNamara on self immolations and the Vietnam War, secure in the knowledge that if you want to send a gift for any memorable events like Thanksgiving or Veterans  Day, college graduations, birthdays, weddings, or anniversaries, you know that the Alaskanpoet can provide you with a unique customized poem at a great price tailored to the event and the recipient. Please contact me for details on pricing.

1.  World Freedom Day—created by President George W. Bush on this day in 2005 to commemorate the fall of the Berlin Wall and the collapse of Communist Rule in Central and Eastern Europe.
2.  National Microtia Awareness Day—created by the Ear Community Organization on this day in 2016 to create awareness of microtia a defect where a person is born with 1 or 2 deformed or missing outer ears which fortunately can be ameliorated with reconstructive surgery.
3. 1937  Number 1 Song USA—the number 1 song in 1937 on this day was “Remember Me” by Bing Crosby on  a run in that position of 1 week to join 17 other  songs that achieved number 1 status. Here’s a recording of “Remember Me” by Bing Crosby:  https://www.youtube.com/watch?v=tPvmCsw3_2g

4.  Word of the Day—the word of the day is “silverskin” which means the fine skin of a coffee bean that is most pleasing to the eye before you put the beans in the grinder to prepare to start your day.
5.  Too Much Flack To Safely Fly—celebrating the birth on this day in 1979 of English actress and TV presenter known for dating Prince Harry until the British tabloids got wind of it but suffered bouts of depression and was arrested in December 2019 for assaulting her then boyfriend because she thought he was cheating on her. After learning she was going to be prosecuted, she hung herself on February 15, 2020.
On this day in:
a. 1851 marshals from Kentucky abducted abolitionist Calvin Franklin in Jeffersonville, Indiana for aiding a slave to escape and took him back to be tried for a second time after he had been paroled after being convicted for a similar offense; he was tried, convicted and sentenced to and served 15 years in the Kentucky State Penitentiary.
b. 1965 aping the actions of a Buddhist monk in South Vietnam and 2 Americans—Alice Hertz and Norman Morrison who  handed his 1 year old daughter over to a friend and then self immolated himself in protest over the Vietnam War in front of Defense Secretary McNamara’s window at the Pentagon,  22 year old Roger La Porte self-immolated himself and died the next day.
c. 1989 East Germany opened all the checkpoints in Berlin to all East Germans to cross into West Berlin through the Berlin Wall that soon would be torn down.
d. 1998 capital punishment which had earlier been abolished for murder was abolished for all remaining capital offenses.
e. 2004 Firefox 1.0, an open source browser was released.
Reflections on the self-immolation of Norman Morrison: “Antiwar protests had been sporadic and limited up to this time and had not compelled attention. Then came the afternoon of November 2, 1965. At twilight that day, a young Quaker named Norman R. Morrison, father of three and an officer of the Stony Run Friends Meeting in Baltimore, burned himself to death within 40 feet of my Pentagon window. Morrison’s death was a tragedy not only for his family but also for me in the country. It was an outcry against the killing that was destroying the lives of so many Vietnamese and American youth.
I reacted to the horror of his action by bottling up my emotions and avoided talking about them with anyone –even with my family. I knew (his wife) Marge and our three children shared many of Morrison’s feelings about the war. And I believed I understood and shared some of his thoughts. The episode created tension at home that only deepened as the criticism of the war continued to grow.” Robert McNamara The Tragedy in Lessons of Vietnam
Please enjoy the poems on events of interest on my twitter account below (if you like them, retweet, and follow me) and follow my blogs. Always good, incisive and entertaining poems on my blogs—click on the links below. Go to www.alaskanpoet.blogspot.com for Ridley’s Believe It Or Not—This Day in History,  poems to inspire, touch, emote, elate and enjoy and poems on breaking news items of importance or go to  Ridley's Believe It Or Not for just This Day in History.

© November 9,2021 Michael P. Ridley aka The Alaskanpoet
Alaskanpoet for Hire, Poems to Admire
Poet Extraordinaire, Beyond Compare
A Unique Gift, All Recipients Receive a Lasting Lift