November 10, 2021 Ridley's Believe It Or Not Marine Corps Birthday 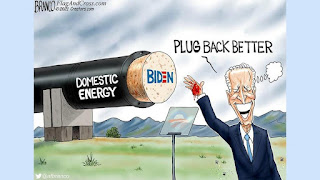 Chicago Gun Violence: Hey Jackass.com is alive and well to collect data to show that through November 9, 2021, gun violence involving mostly persons of color shooting mostly persons of color in Chicago is alive and well with 4031 persons shot of whom 702 have died.
As always, I hope you enjoy today’s holidays and observances, factoids of interest for this day in history, a  movie link to  “Change Partners”  by Fred Astaire, having to avoid being locked into being simpliciter when trying to negotiate solutions to issues; and a quote from Richard Nixon on Vietnamization of the Vietnam War, secure in the knowledge that if you want to send a gift for any memorable events like Thanksgiving or Veterans  Day, college graduations, birthdays, weddings, or anniversaries, you know that the Alaskanpoet can provide you with a unique customized poem at a great price tailored to the event and the recipient. Please contact me for details on pricing.
1.  Marine Corps Birthday—celebrating the formation of the Marine Corps by the Continental Congress on this day in 1775 with the first recruitment conducted at Tun Tavern in Philadelphia.
2.  Sesame Street Day—proclaimed by Mayor Michael Bloomberg on this day in 2009, marking the 40th anniversary of the children’s TV program Sesame Street which is still going strong today to the joy of children today and the parents and grandparents who started watching in 1969.
3. 1938  Number 1 Song USA—the number 1 song in 1938 on this day was “Change Partners” by Fred Astaire on  a run in that position of 2 weeks noncontinuous to join 16 other  songs that achieved number 1 status. Here’s a film clip from the movie Carefree of Fred Astaire singing “Change Partners”:  https://www.youtube.com/watch?v=iv4CXIRs6Ec
4.  Word of the Day—the word of the day is “simpliciter” which means without qualification or condition which probably explains why we have so much gridlock in Congress as few are willing to compromise.
5.  Born To Be a Marine—celebrating the birth on this day in 1981 of Jason Dunham who following graduation from high school befitting his birthday date enlisted in the Marine Corps and while serving in Iraq on April 14, 2004  jumped on a grenade while his platoon was attacked to shield his fellow Marines and was severely wounded and died from his wounds on April 22, 2004 to be awarded the Medal of Honor posthumously on November 10, 2006 at the dedication of the Marine Museum National Marine Museum.
On this day in:
a. 1951 with the rollout of The North American Numbering Plan, telephone direct dialing was able to be introduced in the United States.
b. 1970 for the first time in 5 years no American deaths occurred in the Vietnam War though plenty of South Vietnamese continued to die.
c. 1983 Bill Gates introduced Windows 1.
d. 1989 the Germans began tearing down the Berlin Wall.
e. 1997 WorldCom and MCI Communications announced their $37 billion merger, the largest ever at that time.
Reflections on the Vietnamization of the Vietnam War: “The Vietnamization plan was launched following Secretary Laird's visit to Vietnam in March. Under the plan, I ordered first a substantial increase in the training and equipment of South Vietnamese forces.
In July, on my visit to Vietnam, I changed General Abrams' orders so that they were consistent with the objectives of our new policies. Under the new orders, the primary mission of our troops is to enable the South Vietnamese forces to assume the full responsibility for the security of South Vietnam.
Our air operations have been reduced by over 20 percent.” Richard Nixon, TV address to the nation on November 3, 1969
Please enjoy the poems on events of interest on my twitter account below (if you like them, retweet, and follow me) and follow my blogs. Always good, incisive and entertaining poems on my blogs—click on the links below. Go to www.alaskanpoet.blogspot.com for Ridley’s Believe It Or Not—This Day in History,  poems to inspire, touch, emote, elate and enjoy and poems on breaking news items of importance or go to  Ridley's Believe It Or Not for just This Day in History.

© November 10,2021 Michael P. Ridley aka The Alaskanpoet
Alaskanpoet for Hire, Poems to Admire
Poet Extraordinaire, Beyond Compare
A Unique Gift, All Recipients Receive a Lasting Lift