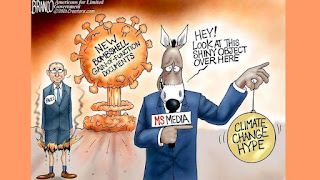 Chicago Gun Violence: Hey Jackass.com is alive and well to collect data to show that through September 8, 2021, gun violence involving mostly persons of color shooting mostly persons of color in Chicago is alive and well with 3188 persons shot of whom 541 have died.
As always, I hope you enjoy today’s holidays and observances, factoids of interest for this day in history, a  music recording link to  “Shake Ya Tail Feathers”  by Nelly, Puff Daddy and Murphy Lee, that you have seposited sufficient assets to supplement Social Security and a quote on Attica Prison by Diane Quinn Miller, the daughter of a correctional officer killed by Attica Prison retaking officers, secure in the knowledge that if you want to send a gift for any memorable events like Halloween or Veterans  Day, college graduations, birthdays, weddings, or anniversaries, you know that the Alaskanpoet can provide you with a unique customized poem at a great price tailored to the event and the recipient. Please contact me for details on pricing.
1.  Tester’s Day—commemorating the day in 1947 that the first bug not a software programming one but a real one was found in a computer by Harvard scientists working on a Mark II Aiken Relay Calculator discovered that a moth had lodged itself between 2 solenoids and short circuited the device. It was removed placed in a computer notebook and soon the word “bug” and “debug” became part of a computer programmers necessary vocabulary.
2.  International Fetal Alcohol Spectrum Disorder Day—created by the National Institute on Alcohol Abuse and Alcoholism in 1999 to promote awareness of the dangers of pregnant women using alcohol during their pregnancy which will increase the risk of babes being born physical and mental deformities with the message that there is no really safe level of alcohol consumption during pregnancy.
3. 2003 Number 1 Song USA—the number 1 song in 2003 on this day was “Shake Ya Tailfeather” by Nelly, Puff Daddy and Murphy Lee on a run in that position of 4 weeks to join 10 other songs that achieved number 1 status and join 9 other acts who achieved their first number 1 song on the Billboard Hot 100. Here is a recording of song from the soundtrack of  Bad Boys II “Shake Ya Tailfeathers” by Nelly, Puff Daddy and Murphy Lee: https://www.youtube.com/watch?v=334guOlYwBs  Murphy Lee is a rapper who has been performing since 1993 and a co-founder of the since discontinued rap group St. Lunatics.

c. 1971 in New York, the Attica Prison Revolt/Attica Prison Massacre began with 42 correctional officers and civilian workers being taken hostage and one correctional officer and 3 inmates killed and when it ended 4 days later with a storming of the prison by New York State police and other law enforcement agencies, 29 prisoners and 10 hostages  had been killed and 89 prisoners  wounded, many of whom were not resisting and had tried to surrender while the retaking forces suffered 6 wounded officers.
d. 1993 in a really what took you so long moment, the Palestine Liberation Organization recognized Israel as a legitimate state.
e. 2015 Queen Elizabeth II became the longest reigning monarch of the United Kingdom and is still going strong although probably in great anguish over her grandson’s and his wife’s antics.
Reflections on the Attica Prison Revolt or as many have called it the Attica Prison Massacre: “I do think that many of the issues surrounding Attica and why Attica happened are still issues potentially within our prison systems not only in New York, but all around the country.”- Deanne Quinn Miller, daughter of a corrections officer killed at Attica by the retaking officers.
Please enjoy the poems on events of interest on my twitter account below (if you like them, retweet, and follow me) and follow my blogs. Always good, incisive and entertaining poems on my blogs—click on the links below. Go to www.alaskanpoet.blogspot.com for Ridley’s Believe It Or Not—This Day in History,  poems to inspire, touch, emote, elate and enjoy and poems on breaking news items of importance or go to  Ridley's Believe It Or Not for just This Day in History.

© September 9, 2021 Michael P. Ridley aka The Alaskanpoet
Alaskanpoet for Hire, Poems to Admire
Poet Extraordinaire, Beyond Compare
A Unique Gift, All Recipients Receive a Lasting Lift

Posted by Michael P. Ridley aka the Alaskanpoet at 12:08 PM