September 7, 2021 Ridley's Believe It Or Not Google Commemoration Day 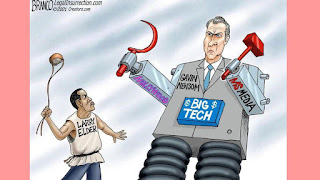 Chicago Gun Violence: Hey Jackass.com is alive and well to collect data to show that through September 6, 2021, gun violence involving mostly persons of color shooting mostly persons of color in Chicago is alive and well with 3173 persons shot of whom 539 have died.
As always, I hope you enjoy today’s holidays and observances, factoids of interest for this day in history, a  music video link to  “I’m Real (Murder Remix)”  by Jennifer Lopez feat. Ja Rule, that you have the ability to insert an appropriate sententia when needed in your discussion of pending issues and a quote by Jimmy Wales on the importance of Google, secure in the knowledge that if you want to send a gift for any memorable events like Labor Day, college graduations, birthdays, weddings, or anniversaries, you know that the Alaskanpoet can provide you with a unique customized poem at a great price tailored to the event and the recipient. Please contact me for details on pricing.

1.  Telephone Tuesday Observed—enacted since 2015 to commemorate that calls to small business peak on the Tuesday after Labor Day which may help cool the anger of long wait times or result in people trying resolve their issues online.
2.  Google Commemoration Day—celebrating the incorporation of Google by Larry Page and Sergery Brin on this day in 1998 which has grown into a monopolistic force in the search business and looks like it will be on the defendant end of another antitrust suit in the very near future by the DOJ.
3. 2001 Number 1 Song USA—the number 1 song in 2001 on this day was “I’m Real (Murder Remix)” by Jennifer Lopez feat Ja Rule on a run of 3 weeks in that position to join 14 other songs that achieved number 1 status and join 11 acts who achieved their first number 1 song on the Billboard Hot 100. Here is a music video of “I’m Real (Murder Remix)” by Jennifer Lopez feat. Ja Rule: https://www.youtube.com/watch?v=Sjx9oSJDAVQ  Jennifer is going strong at age 54 as a true triple threat entertainer—dancer, singer and actress and also known for some high profile dating with A-Rod and Ben Affleck whose dating with her has resumed after a long hiatus. Ja Rule is a rapper, song writer and singer who has served time in prison for illegal firearms possession and tax evasion and has sold some 14 million records.

4.  Word of the Day—the word of the day is “sententia” which means an aphorism are sometimes most useful in getting a point which should not be debated across.
5.  Puff the Wayward Dragon—celebrating the birth on this day in 1953 of Mark Hunter the lead vocalist of the New Zealand band Dragon formed by this older brother; the band had early success but struggled with drug use by several members including Mark who unfortunately was a heavy smoker in addition to heroin use and after getting a second diagnosis after a finding of tonsillitis received a second opinion in November of 1997 that he had a very large throat cancer that killed him on July 17, 1998.

On this day in:
a. 1963 in Canton, Ohio, the Pro Football Hall of Fame opened with 17 members, including Stanford great Ernie Nevers (aka “Big Dog”) who still holds the record of the most points scored by a single player 40 playing for the Chicago Cardinals against the Chicago Bears and the record of six rushing touchdowns achieved in the same game and finally tied by Alvin Kamara of the New Orleans Saints against the Minnesota Vikings on Christmas Day, 2020 wearing his red on one foot and green on the other “Christmas shoes”.
b. 1977 the U.S. and Panama signed the Carter-Torrijos Treaties that gave the U.S. the right to defend the Panama Canal against any threats to neutral shipping through the Panama Canal and provided for the transfer of the Canal and the Canal Zone to Panama on December 31. 1999.
c. 1996 rapper Tupac Shakur was shot several times in a drive by shooting in Las Vegas and died 6 days later.
d. 2008 as the U.S. financial markets were on the verge of collapse, the U.S. Government took over the two largest real estate financing organizations, Freddie Mac and Fannie Mae.
e. 2017 Equifax disclosed a cyber security attack that hacked into records of 145 ½ million credit accounts.
Reflections on Google: “If it’s not on Google, it doesn’t exist.”   Jimmy Wales, internet entrepreneur and co-founder of Wikipedia. Wales is right on point which explains why conservatives are so outraged over the censorship encountered at Google, Twitter and Facebook.
Please enjoy the poems on events of interest on my twitter account below (if you like them, retweet, and follow me) and follow my blogs. Always good, incisive and entertaining poems on my blogs—click on the links below. Go to www.alaskanpoet.blogspot.com for Ridley’s Believe It Or Not—This Day in History,  poems to inspire, touch, emote, elate and enjoy and poems on breaking news items of importance or go to  Ridley's Believe It Or Not for just This Day in History.

© September 7, 2021 Michael P. Ridley aka The Alaskanpoet
Alaskanpoet for Hire, Poems to Admire
Poet Extraordinaire, Beyond Compare
A Unique Gift, All Recipients Receive a Lasting Lift

Posted by Michael P. Ridley aka the Alaskanpoet at 10:05 AM