September 17, 2021 Ridley's Believe It Or Not Citizenship and Constitution Day 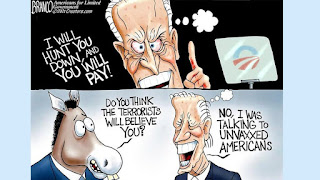 Chicago Gun Violence: Hey Jackass.com is alive and well to collect data to show that through September 15, 2021, gun violence involving mostly persons of color shooting mostly persons of color in Chicago is alive and well with 3334 persons shot of whom 567 have died.
As always, I hope you enjoy today’s holidays and observances, factoids of interest for this day in history, a  music recording link to  “Crank That (Soulja Boy)”  by Soulja Boy, that your life is full of seraphic moments and a quote on Occupy Wall Street by Artur Davis, secure in the knowledge that if you want to send a gift for any memorable events like Halloween or Veterans  Day, college graduations, birthdays, weddings, or anniversaries, you know that the Alaskanpoet can provide you with a unique customized poem at a great price tailored to the event and the recipient. Please contact me for details on pricing.
1.  National Concussions Awareness Day—created in 2016 by Brooke Mills, a freshman who suffered a concussion in her freshman year of high school, and observed on the third Friday in September to promote the importance of recognizing the symptoms of a concussion, treating the concussion and enhancing rules and equipment in sports to minimize the incidence of concussions like the rule in football that bans targeting by a player of his head on the head of the other player that results in the ejection of the targeter for 2 halves or portions thereof.
2.  Citizenship and Constitution Day—created by Senator Robert Byrd in 2004 to commemorate the signing of the U.S. Constitution on this day in 1787 and requiring all federal agencies and all schools that receive federal funding to provide education on this day about the Constitution which is sorely needed as one could expect that most students are clueless about the Constitution and why the provisions are what they are and the rights of the citizens it protects.
3. 2007 Number 1 Song USA—the number 1 song in 2007 on this day was “Crank That (Soulja Boy)” by Soulja Boy on  a run in that position of 7 weeks nonconsecutive to join 17 other songs that achieved number 1 status  and to join 7 other acts that achieved their first number 1 song on the Billboard Hot 100. Here is a music video of “Crank That (Soulja Boy)” by Soulja Boy: https://www.youtube.com/watch?v=8UFIYGkROII . Soulja Boy was one of the first rappers to market on social media and his number 1 single was the first number 1 single to sell 3 million copies.

4.  Word of the Day—the word of the day is “seraphic” which means serene or blissful which does describe the chaos at the border that Biden is responsible for and continues to ignore.
5.  Reaching Bottom-- celebrating the birth on this day in 1960 of Canadian singer/songwriter John Bottomley who started with the band Tulpa before launching a solo career in 1990 and won the Juno Award for the Most Promising Male Vocalist in 1992 with his second album. He released 11 albums but sadly suffered from clinical depression and hung himself on April 6, 2011.

On this day in:
a. 1849 abolitionist Harriet Tubman escaped from slavery in Maryland to begin a career of freeing slaves from their owners via the Underground Railroad.
b. 1961 the first stadium with a retractable roof, the Civic Arena, opened in Pittsburgh and the first retraction of the roof occurred at a Carol Burnett show on July 4, 1962.
c. 1983 Vanessa Williams became the first African American to be crowned Miss America but resigned  under pressure from the Miss America Pageant Organization near the end of her reign when she learned that  Penthouse would soon be publishing unauthorized nude photos of her. In a better late than never moment in 2016 the head of the Miss America Pageant publicly apologized to her.
d. 2001 the New York Stock Exchange opened after being closed on 9/11, the longest period of time the it had been closed since the Great Depression.
e. 2011 The Occupy Wall Street movement began in Zuccotti Park, New York City.
Reflections on the Occupy Wall Street Movement: “When you hear the party that glorified Occupy Wall Street blast success; when you hear them minimize the genius of the men and women who make jobs out of nothing, is that what you teach your children about work?” Artur Davis, former Democratic Representative who now has returned to the practice of law and who has been both a Democrat and a Republican and if still a Democrat today has to be one of those very rare moderate Democrats that used to be the backbone of the party.
Please enjoy the poems on events of interest on my twitter account below (if you like them, retweet, and follow me) and follow my blogs. Always good, incisive and entertaining poems on my blogs—click on the links below. Go to www.alaskanpoet.blogspot.com for Ridley’s Believe It Or Not—This Day in History,  poems to inspire, touch, emote, elate and enjoy and poems on breaking news items of importance or go to  Ridley's Believe It Or Not for just This Day in History.

© September 17, 2021 Michael P. Ridley aka The Alaskanpoet
Alaskanpoet for Hire, Poems to Admire
Poet Extraordinaire, Beyond Compare
A Unique Gift, All Recipients Receive a Lasting Lift

Posted by Michael P. Ridley aka the Alaskanpoet at 3:18 PM