September 15, 2021 Ridley's Believe It Or Not International Day of Democracy 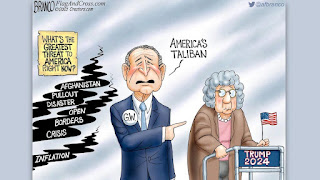 Chicago Gun Violence: Hey Jackass.com is alive and well to collect data to show that through September 14, 2021, gun violence involving mostly persons of color shooting mostly persons of color in Chicago is alive and well with 3291 persons shot of whom 561 have died.
As always, I hope you enjoy today’s holidays and observances, factoids of interest for this day in history, a  music recording link to  “We Belong Together”  by Mariah Carey, that you are more prone to question the validity of conclusions than be sequacious and a rating by Morgan Stanley on Lehman Brothers as overweight 2 ½ months before it filed for bankruptcy, secure in the knowledge that if you want to send a gift for any memorable events like Halloween or Veterans  Day, college graduations, birthdays, weddings, or anniversaries, you know that the Alaskanpoet can provide you with a unique customized poem at a great price tailored to the event and the recipient. Please contact me for details on pricing.

1.  International Day of Democracy—created by the UN General Assembly in 2007 to promote democracy as a form of government; unfortunately far too many countries have chosen dictatorships or pseudo one party “democracies”.
2.  World lymphoma Awareness Day—created by the Lymphoma Council in 2004 to promote awareness on Hodgkin and non-Hodgkin lymphoma in the areas of symptom recognition, detection and treatment.
3. 2005 Number 1 Song USA—the number 1 song in 2005 on this day was “We Belong Together” by Mariah Carey on a run in that position of 14 weeks noncontinuous to join 7 other songs that achieved number 1 status, the lowest number ever,  as 5 acts achieved their first number 1 song on the Billboard Hot 100. Here is a music video of “We Belong Together” by Mariah Carey:  https://www.youtube.com/watch?v=0habxsuXW4g.

4.  Word of the Day—the word of the day is “sequacious” which means compliant which describes the MSM in reference to Biden’s need to not expose his mental losses and his policy failures.
5.  0 for 4—celebrating the birth on this day in 1946 of noted Harvard student, member of the undefeated 1968 Harvard football team and roommate to Al Gore, Tommy Lee Jones who has been nominated for an Academy Award 4 times but still skunked.

On this day in:
a. 1950 in one of MacArthur’s more famous military maneuvers, U.S. troops made an amphibious landing at the Port of Inchon, dooming the efforts of the North Korean Army to drive American forces out of the Pusan Perimeter and into the sea.
b. 1962 the Soviet freighter Poltava carrying Medium Range Ballistic Missiles that could carry nuclear warheads set sail for Cuba whose voyage would soon create the Cuban Missile Crisis and bring the world closer to a nuclear war than it has ever been and hopefully never repeat.
c. 1981 the Senate Judiciary Committee unanimously approved Sandra Day O’Connor’s nomination to SCOTUS.
d. 2008 Lehman Brothers filed for Chapter XI Bankruptcy, the largest bankruptcy filing in U.S. history.
e. 2020 prompted and encouraged by President Trump, Bahrain and the United Arab Emirate signed agreements in Washington, D.C. normalizing relations with Israel.
Predictions on Lehman Brothers’ financial prospects: “Lehman Brothers: Bruised, Not Broken And Poised For Profitability—Initiating an overweight with a $31 price target. We think near-term risk of incremental write-downs is balanced by solid liquidity and capital funding.” Morgan Stanley June 30, 2008, rating Lehman Brothers as overweight . I wonder if the analysts at Morgan Stanley who came up with that rating lost their jobs.
Please enjoy the poems on events of interest on my twitter account below (if you like them, retweet, and follow me) and follow my blogs. Always good, incisive and entertaining poems on my blogs—click on the links below. Go to www.alaskanpoet.blogspot.com for Ridley’s Believe It Or Not—This Day in History,  poems to inspire, touch, emote, elate and enjoy and poems on breaking news items of importance or go to  Ridley's Believe It Or Not for just This Day in History.

© September 15, 2021 Michael P. Ridley aka The Alaskanpoet
Alaskanpoet for Hire, Poems to Admire
Poet Extraordinaire, Beyond Compare
A Unique Gift, All Recipients Receive a Lasting Lift

Posted by Michael P. Ridley aka the Alaskanpoet at 12:25 PM