September 8, 2021 Ridley's Believe It Or Not International Literacy Day 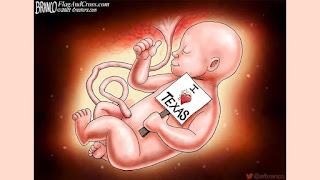 Chicago Gun Violence: Hey Jackass.com is alive and well to collect data to show that through September 7, 2021, gun violence involving mostly persons of color shooting mostly persons of color in Chicago is alive and well with 3179 persons shot of whom 540 have died.
As always, I hope you enjoy today’s holidays and observances, factoids of interest for this day in history, a  music video link to  “Dilemma”  by Nelly feat. Kelly Rowland, that you have a well-trimmed sepiment on your property and a quote by President Ford on his pardon on Richard Nixon, secure in the knowledge that if you want to send a gift for any memorable events like Halloween or Veterans  Day, college graduations, birthdays, weddings, or anniversaries, you know that the Alaskanpoet can provide you with a unique customized poem at a great price tailored to the event and the recipient. Please contact me for details on pricing.
1.  International Literacy Day—created by UNESCO on October 26,1996 and first celebrated on this day in 1997 to promote awareness of the importance of literacy to our economy, culture and daily living and to explore and promote programs and efforts to increase the literacy rate among the millions who are illiterate.
2.  World Physical Therapy Day—created by World Physiotherapy in 1966 to promote awareness of the contributions of physical therapists to a person’s mobility, health and independence.

3. 2002 Number 1 Song USA—the number 1 song in 2002 on this day was “Dilemma” by Nelly feat. Kelly Rowland on a run in that position of 7 weeks to join 6 other songs that achieved number 1 status and join 3 acts who achieved their first number 1 song on the Billboard Hot 100. Here is a music video of “Dilemma” by Nelly feat. Kelly Rowland:  https://www.youtube.com/watch?v=8WYHDfJDPDc Nelly is a black rapper who has been in the business since 1993 and has sold some 21 million albums. Kelly has been singing since 1997 first for 4 years with Destiny’s Child and then on a solo career and in those two roles has sold over 100 million records.

4.  Word of the Day—the word of the day is “sepiment” which means a hedge, barrier or fence which a good one of which Frost has told us makes good neighbors.
5.  Name May or May Not Be an Omen—celebrating the birth on this day in 1989 of Swedish DJ, singer, song writer and remixer Tim Berlinger, better known to his fans as Avicii or Tom Hangs, who was instrumental in introducing electric music to radio but who drank heavily, suffered from pancreatitis, and mental health issues that forced him to stop touring in 2016 and continue to write songs. True to what he was experiencing aping his name Avicii which is a Buddhist term for a level of Hell but not true to the stage name Tom Hangs, he committed suicide not by hanging but by cutting himself with a piece of a broken wine bottle and then bleeding out on April 20, 2018.

On this day in:
a. 1935 Senator Huey P. Long aka “the Kingfish” was fatally wounded on the steps of the State Capitol in Baton Rouge by Carl Weiss who was shot to death 60 times by Long’s bodyguards. Long walked down the steps ran to hail a cab to take him to a nearby hospital where doctors operated on him but were unable to stop the bleeding and he died 2 days later.
b. 1966 the landmark science fiction series Star Trek that brought the starship Enterprise with  Captain Kirk, Spock, Scottie and others into our homes debuted with its first episode “Man Trap.”
c. 1974 in a move that doomed us to the election of Jimmy Carter, Gerald Ford deemed it to be in the best interest of the nation to heal the wounds of the Vietnam War and pardoned Richard Nixon for any criminal activity as a result of his being president.
d. 1975 U.S. Air Force Tech Sergeant Leonard Matlovich, a decorated veteran of the Vietnam War, appeared on the cover of Time with the heading “I am a homosexual” to receive a general discharge from the service later upgraded to an honorable discharge.
e. 2016 NASA launched its first asteroid recovery probe OSIRIS-Rex to explore asteroid 101955 Bennu and return with samples from it in 2023.
Reflections on Ford’s pardon of Nixon: “My conscience tells me clearly and certainly that I cannot prolong the bad dreams that continue to reopen a chapter that is closed. My conscience tells me that only I, as President, have the constitutional power to firmly shut and seal this book. My conscience tells me it is my duty, not merely to proclaim domestic tranquility but to use every means that I have to insure it. I do believe that the buck stops here, that I cannot rely upon public opinion polls to tell me what is right. I do believe that right makes might and that if I am wrong, ten angels swearing I was right would make no difference. I do believe, with all my heart and mind and spirit, that I, not as President but as a humble servant of God, will receive justice without mercy if I fail to show mercy.
Finally, I feel that Richard Nixon and his loved ones have suffered enough and will continue to suffer, no matter what I do, no matter what we, as a great and good nation, can do together to make his goal of peace come true.” President Gerald Ford announcing his pardon of Richard M. Nixon.
Please enjoy the poems on events of interest on my twitter account below (if you like them, retweet, and follow me) and follow my blogs. Always good, incisive and entertaining poems on my blogs—click on the links below. Go to www.alaskanpoet.blogspot.com for Ridley’s Believe It Or Not—This Day in History,  poems to inspire, touch, emote, elate and enjoy and poems on breaking news items of importance or go to  Ridley's Believe It Or Not for just This Day in History.

© September 8, 2021 Michael P. Ridley aka The Alaskanpoet
Alaskanpoet for Hire, Poems to Admire
Poet Extraordinaire, Beyond Compare
A Unique Gift, All Recipients Receive a Lasting Lift

Posted by Michael P. Ridley aka the Alaskanpoet at 3:51 PM