Sekptember 28, 2021 Ridley's Believe It Or Not World Rabies Day 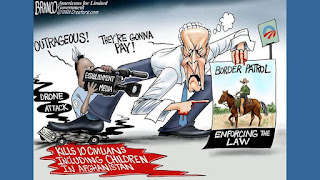 Chicago Gun Violence: Hey Jackass.com is alive and well to collect data to show that through September 21, 2021, gun violence involving mostly persons of color shooting mostly persons of color in Chicago is alive and well with 3527 persons shot of whom 609 have died.
As always, I hope you enjoy today’s holidays and observances, factoids of interest for this day in history, a  music video link to  “Moves Like Jagger”  by Maroon 5 feat. Christina Aguilera, the fact that no one can accuse you of being a sesquipedalian  and a quote on how bacteria may become resistant to penicillin, secure in the knowledge that if you want to send a gift for any memorable events like Halloween or Veterans  Day, college graduations, birthdays, weddings, or anniversaries, you know that the Alaskanpoet can provide you with a unique customized poem at a great price tailored to the event and the recipient. Please contact me for details on pricing.
1.  Freedom from Hunger Day—created in Yolo County with an exhibit of areas of the planet where extreme hunger rules in 2006 and made a public awareness day in California in 2007 which is great that awareness over hunger in the world outside our borders is promoted but hopefully not at the expense of awareness of the growing pangs of hunger that plagues millions of our citizens her in our own lands.
2.  World Rabies Day--created by the Alliance for Rabies Control in 2007 and celebrated on September 28 of each year, the anniversary of the death of Louis Pasteur who brought us the rabies vaccine to promote awareness of the disease and prevention methods like vaccinations of dogs and the need to start treatment if bitten by an infected animal.
3. 2011  Number 1 Song USA—the number 1 song in 2011 on this day was “Moves Like Jagger” by Maroon 5 feat. Christina Aguilera on  a run in that position of 4 weeks noncontinuous to join 13 other  songs that achieved number 1 status  as 9  acts that  achieved their first number 1 song on the Billboard Hot 100. Here is a music video of “Moves Like Jagger” by Maroon 5 feat. Christina Aguilera:  Marron 5 is a pop band formed in Los Angeles in 1994 as Kara’ Flowers and morphed into Maroon 5 in 2001 and is still performing and touring with 7 albums to their credit and over 135 million records sold.
4.  Word of the Day—the word of the day is “sesquipedalian” which means a tendency to use longwinded or complex words which fortunately given his cognitive difficulties is a trait that Biden can no longer master.
5.  Box Not Needed to Remain a Cultural Icon-- celebrating the birth on this day in 1934 of noted French sex symbol Bridget Bardot who retired from the business in 1973 after appearing in 47 movies and recording more than 60 songs and at 87 is an animal rights activist and an occasional protestor who has been fined 5 times over promoting racial hatred due to her stance on French immigration laws and Islam.
On this day in:
a. 1919 the Omaha Race riot began and when it had ended the next day a black prisoner had been lynched, 2 white rioters killed, over 20 policemen wounded and the mayor of the city almost lynched.
b. 1928 Alexander Fleming observed a mold on bread which became the first antibiotic drug penicillin.
c. 1986 the Democratic Progressive Party became the first independent political party on Taiwan.
d. 1994 the ferry enroute from Tallin, Estonia to Stockholm, carrying 989 passengers and crew, sank in the Baltic Sea on the early morning hours on September 28, killing 852 people.
e. 2008 Falcon 1 became the first privately financed liquid fueled rocket to launch a payload into orbit.
Reflections on the danger of anti-biotic resistant bacteria:   “It is not difficult to make microbes resistant to penicillin in the laboratory by exposing them to concentrations not sufficient to kill them, and the same thing has occasionally happened in the body. The time may come when penicillin can be bought by anyone in the shops. Then there is the danger that the ignorant man may easily underdose himself and by exposing his microbes to non-lethal quantities of the drug make them resistant.” Alexander Fleming Sadly his warning was on point as we now face the resistant staph bacteria that defy too many antibiotics with deadly effects.
Please enjoy the poems on events of interest on my twitter account below (if you like them, retweet, and follow me) and follow my blogs. Always good, incisive and entertaining poems on my blogs—click on the links below. Go to www.alaskanpoet.blogspot.com for Ridley’s Believe It Or Not—This Day in History,  poems to inspire, touch, emote, elate and enjoy and poems on breaking news items of importance or go to  Ridley's Believe It Or Not for just This Day in History.

© September 28, 2021 Michael P. Ridley aka The Alaskanpoet
Alaskanpoet for Hire, Poems to Admire
Poet Extraordinaire, Beyond Compare
A Unique Gift, All Recipients Receive a Lasting Lift

Posted by Michael P. Ridley aka the Alaskanpoet at 3:30 PM