September 20, 2020 Ridley's Believe It Or Not National Gibberish Day 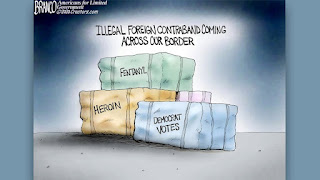 Chicago Gun Violence: Hey Jackass.com is alive and well to collect data to show that through September 19, 2021, gun violence involving mostly persons of color shooting mostly persons of color in Chicago is alive and well with 3398 persons shot of whom 579 have died.
As always, I hope you enjoy today’s holidays and observances, factoids of interest for this day in history, a  music recording link to  “I Gotta Feeling”  by Black Eyed Peas, that your prospects in life are not sere and a quote on politicians and gibberish by Andrew Rosenthal, secure in the knowledge that if you want to send a gift for any memorable events like Halloween or Veterans  Day, college graduations, birthdays, weddings, or anniversaries, you know that the Alaskanpoet can provide you with a unique customized poem at a great price tailored to the event and the recipient. Please contact me for details on pricing.
1.  National Pepperoni Pizza  Day—celebrating America’s most popular pizza favored by 36% of Americans who consume some 3 billion pizzas a year.
2.  National Gibberish Day—clueless of who created this or when and since from the mouths of far too many politicians, TV pundits and journalists each and every day why there are not more days to mark the method of speech which consists of nonsense.                          3. 2008 Number 1 Song USA—the number 1 song in 2008 on this day was “I Gotta Feeling” by Black Eyed Peas on  a run in that position of 14 weeks, the longest running number 1 of 2009 and the 2000’s, to join 12 other songs that achieved number 1 status  and to join 5 other acts that achieved their first number 1 song on the Billboard Hot 100. Here is a music video of “I Gotta Feeling” by Black Eyed Peas:  https://www.youtube.com/watch?v=uSD4vsh1zDA  Black Eyed Peas is a four singer group of rappers will.i.am, apl.de.ap.,  Taboo and J. Rey Soul who is one of 11 acts to have both a number 1 and number 2 song in the same year and have sold over 80 million records.
4.  Word of the Day—the word of the day is “sere” which means threadbare or withered which describes to a tee the nature of Biden’s cognitively challenged presidency.
5.  Waiting for the Boatman-- celebrating the birth on this day in 1948 of  noted drummer John Panozzo of the rock band Styx who was a heavy drinker and had his drums taken away from him for good on July 16, 1996 by cirrhosis of the liver at the age of 47.

On this day in:
a. 1780 Benedict Arnold’s name became synonymous with traitor as he delivered the plans of West Point to the British.
b. 1972 Ferdinand Marcos declared martial law in the Philippines which remained in place until he lost a snap election in 1986 and under strong pressure from President Reagan, fled the country after stealing a reputed $5-10 billion from the Philippine treasury.
c. 1981 Sandra Day O’Connor was unanimously confirmed by the Senate as an Associate Justice of SCOTUS.
d. 1996 the Defense of Marriage Act was enacted only to be overturned by SCOTUS less than 10 years later.
e. 2001 in a chilling reminder that whites do not have a monopoly on racism, white Ross Parker was attacked and killed in an unprovoked attack by 10 British Pakistani youths 3 of which were convicted and sentenced to life in prison with minimum sentences of 16-18 years.
Reflections on politicians and gibberish: “In many campaigns, one candidate or another is asked to answer for comments he or she made in the past. The answer is usually gibberish - 'That was a long time ago,' or 'I was trying to say something else.'” - Author: Andrew Rosenthal   Truer words were never spoken.
Please enjoy the poems on events of interest on my twitter account below (if you like them, retweet, and follow me) and follow my blogs. Always good, incisive and entertaining poems on my blogs—click on the links below. Go to www.alaskanpoet.blogspot.com for Ridley’s Believe It Or Not—This Day in History,  poems to inspire, touch, emote, elate and enjoy and poems on breaking news items of importance or go to  Ridley's Believe It Or Not for just This Day in History.

© September 20, 2021 Michael P. Ridley aka The Alaskanpoet
Alaskanpoet for Hire, Poems to Admire
Poet Extraordinaire, Beyond Compare
A Unique Gift, All Recipients Receive a Lasting Lift

Posted by Michael P. Ridley aka the Alaskanpoet at 2:23 PM