September 22, 2021 Ridley's Believe It Or Not National Business Women's Day 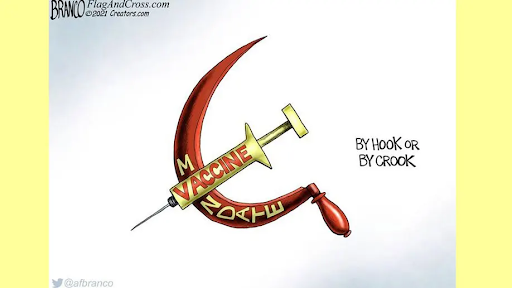 Chicago Gun Violence: Hey Jackass.com is alive and well to collect data to show that through September 21, 2021, gun violence involving mostly persons of color shooting mostly persons of color in Chicago is alive and well with 3422 persons shot of whom 584 have died.
As always, I hope you enjoy today’s holidays and observances, factoids of interest for this day in history, a  music recording link to  “Someone Like You”  by Adele, the fact that your children or you have never had serpigo  and  quotes from British Captain Frederick MacKensie and British Captain John Montresor recorded in American Captain William Hull’s journal, secure in the knowledge that if you want to send a gift for any memorable events like Halloween or Veterans  Day, college graduations, birthdays, weddings, or anniversaries, you know that the Alaskanpoet can provide you with a unique customized poem at a great price tailored to the event and the recipient. Please contact me for details on pricing.                        1.  National Business Women’s Day—created by the American Business Women’s Association (ABWA) and first celebrated in 1982 on the anniversary of the founding of the ABWA on this day in 1949 to promoted recognition and appreciation of the 1000’s of businesses across the land that are owned by women.
2.  National Online Recovery Day—created by Lion Rock on July 15, 2020 and first celebrated on this day in 2020 to promote telehealth services as a means of fighting alcohol and drug abuse.
3. 2010  Number 1 Song USA—the number 1 song in 2010 on this day was “Someone Like You” by Adele on  a run in that position of 1 week to join 13 other  songs that achieved number 1 status  and join 8 other acts that  achieved their first number 1 song on the Billboard Hot 100. Here is a music video of “Someone Like You” by Adele: https://www.youtube.com/watch?v=hLQl3WQQoQ0  Adele, a British mezzo-soprano singer songwriter has been performing since 2006 and has sold over 120 million records while gaining 15 Grammy awards and on a roll at age 33.
4.  Word of the Day—the word of the day is “serpigo” which means ringworm which is a parent’s worst nightmare for kids in elementary or preschool.
5.  Fair and Balanced at Fox-- celebrating the birth on this day in 1958 of Neil Cavuto who before joining Fox was a journalist for the Public Broadcasting Service and now hosts on the Fox Business Channel Your World with Neil Cavuto. Neil has been a frequent critic of President Trump.
On this day in:
a. 1776 21 year old Captain Nathan Hale having been captured as a spy for the Americans was hanged by the British.
b. 1823 Joseph Smith the founder of the Mormon religion claimed to have found the Golden Plates that God had told him had been buried by the Angel Moroni and were translated by him to create the Book of Mormon.
c. 1948 Gail Halverson a pilot during the Berlin Airlift started parachuting candy to Berlin children on the flight path to the airport where the Berlin Airlift planes were landing.
d. 1975 17 days after Lynne “Squeaky” Fromme had tried and failed to assassinate President Ford, Sarah Jane Moore who had been evaluated by the Secret Service as not being a threat and had been stopped a day earlier for having an illegal 44 Magnum and 120 bullets which were confiscated but she was released, from a distance of 40 feet shot with an unfamiliar pistol and missed Ford and as she was raising her arm to shoot again was tackled by a gay former decorated Vietnam War and disabled  Marine Oliver Sipple who grabbed her arm probably saving Ford’s life. She was arrested, pled guilty, was sentenced to life in prison and after serving 32 years was paroled at age 77 and is still alive today at age 91.
e. 1993 a river barge struck a railroad bridge near Mobile, Alabama and 8 minutes later Amtrak’s Sunset Limited crossing the bridge derailed into the river, killing 47 people and injuring over  100 in Amtrak’s deadliest accident: 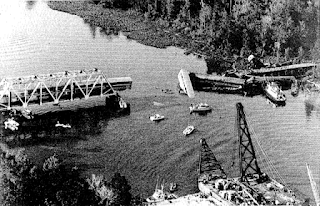 Reflections on the execution of Nathan Hale:   “He behaved with great composure and resolution, saying he thought it the duty of every good Officer, to obey any orders given him by his Commander-in-Chief; and desired the Spectators to be at all times prepared to meet death in whatever shape it might appear.” Frederick MacKensie, a British Officer’s Diary.  “On the morning of his execution, my station was near the fatal spot, and I requested the Provost Marshal [William Cunningham] to permit the prisoner to sit in my marquee while he was making the necessary preparations. Captain Hale entered: he was calm, and bore himself with gentle dignity, in the consciousness of rectitude and high intentions. He asked for writing materials, which I furnished him: he wrote two letters, one to his mother and one to a brother officer. He was shortly after summoned to the gallows. But a few persons were around him, yet his characteristic dying words were remembered. He said, 'I only regret, that I have but one life to lose for my country.” From the journal of American Captain William Hull who met British Captain John  Montresor who was present at the hanging (do not be surprised if the Cancel Culture Movement does not try to excise Hale’s last words from the history taught to our children.

Posted by Michael P. Ridley aka the Alaskanpoet at 2:47 PM