September 6, 2021 Ridley's Believe It Or Not Labor Day 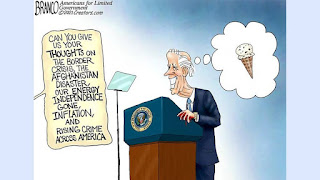 Chicago Gun Violence: Hey Jackass.com is alive and well to collect data to show that through September 5, 2021, gun violence involving mostly persons of color shooting mostly persons of color in Chicago is alive and well with 3169 persons shot of whom 539 have died.
As always, I hope you enjoy today’s holidays and observances, factoids of interest for this day in history, a  music video link to  “Doesn’t Really Matter”  by Janet Jackson, that you have reasonably good health as you achieved senectitude l and a quote by Lewis Black on the important role of Labor Day in politics, secure in the knowledge that if you want to send a gift for any memorable events like Labor Day, college graduations, birthdays, weddings, or anniversaries, you know that the Alaskanpoet can provide you with a unique customized poem at a great price tailored to the event and the recipient. Please contact me for details on pricing.

1.  Labor Day—enacted on June 28, 1894 making the first Monday of September a federal holiday for federal workers after30 states had already made the day a state holiday and today celebrated across the land and in U.S. territories.
2.  Read a Book Day—celebrating an observance that is so easy to do by opening and reading a book on this day even though I am clueless of who created this observance or when first observed.
3. 2000 Number 1 Song USA—the number 1 song in 2000 on this day was “Doesn’t Really Matter” by Janet Jackson on a run of 3 weeks in that position to join 17 other songs that achieved number 1 status as 10 acts who achieved their first number 1 song on the Billboard Hot 100. Here is a music video of “Doesn’t Really Matter” by Janet Jackson:  https://www.youtube.com/watch?v=7iJZosBX2L0  Janet the tenth and youngest Jackson may be remembered for her wardrobe meltdown  during the half time show for Super Bowl XXXVIII but as the “Queen of Pop” is still going strong at age 55 with 11 successful studio albums under her belt and record sales of over 100 million.
4.  Word of the Day—the word of the day is “senectitude” which means old age which the pandemic has put a halt to the steadily increasing life expectancy of past years.
5.  Only One Life Not Nine—celebrating the birth on this day in 1947 of openly gay singer-songwriter Sylvester James, Jr. who performed under the name Sylvester and who became known as the “Queen of Pop” but contracted AIDS when it was a certain death sentence unlike famous felines with the same name had only one life to give and died from it on December 16, 1988 at the age of 41.
On this day in:
a. 1803 British scientist John Dalton began using numbers to name the atomic characteristics of elements, the number of which have grown to 118.

b. 1972 at the Munich Olympics in a botched rescue attempt 9 Israeli athletes taken hostage by 8 terrorists were killed along with a German policeman and 5 of the 8 terrorists.
c. 1991 the Russian Parliament approved changing the name Leningrad back to its original name of St. Petersburg, effective October 1, 1991.
d. 1995 Carl Ripken, Jr. played in his 2,131 consecutive baseball games to break a record held by Lou Gehrig for 56 years and went on to pad his record by playing another 501 consecutive games before voluntarily ending his streak at 2,632 consecutive games.
e. 1997 over a million people lined the streets of London to view the funeral procession of Princess Diane and over  2 ½ billion people worldwide watched the televised proceedings compared to the 750 million who watched the televised wedding.
Reflections on Labor Day: “I believe that summer is our time, a time for the people, and that no politician should be allowed to speak to us during the summer. They can start talking again after Labor Day.” Lewis Black, noted actor and standup comedian
Please enjoy the poems on events of interest on my twitter account below (if you like them, retweet, and follow me) and follow my blogs. Always good, incisive and entertaining poems on my blogs—click on the links below. Go to www.alaskanpoet.blogspot.com for Ridley’s Believe It Or Not—This Day in History,  poems to inspire, touch, emote, elate and enjoy and poems on breaking news items of importance or go to  Ridley's Believe It Or Not for just This Day in History.

© September 6, 2021 Michael P. Ridley aka The Alaskanpoet
Alaskanpoet for Hire, Poems to Admire
Poet Extraordinaire, Beyond Compare
A Unique Gift, All Recipients Receive a Lasting Lift

Posted by Michael P. Ridley aka the Alaskanpoet at 1:28 AM