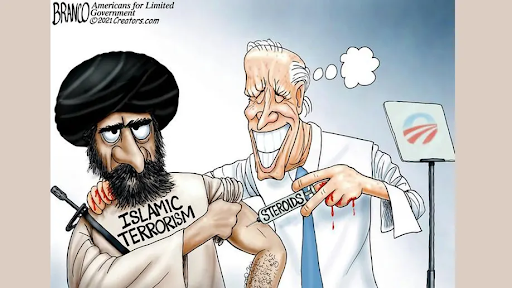 Chicago Gun Violence: Hey Jackass.com is alive and well to collect data to show that through September 13, 2021, gun violence involving mostly persons of color shooting mostly persons of color in Chicago is alive and well with 3284 persons shot of whom 549 have died.
As always, I hope you enjoy today’s holidays and observances, factoids of interest for this day in history, a  music recording link to  “Goodies”  by Ciara featuring Petey Pablo, that your career is free from sepulchral issues and a quote on OPEC’s influence by T. Boone Pickens, secure in the knowledge that if you want to send a gift for any memorable events like Halloween or Veterans  Day, college graduations, birthdays, weddings, or anniversaries, you know that the Alaskanpoet can provide you with a unique customized poem at a great price tailored to the event and the recipient. Please contact me for details on pricing.

1.  Support Latino Business Day—created by the Support Latino Business and first celebrated on this day in 2019 to promote Latino owned businesses and to promote and offer programs to expand their owners’ business skills to upscale their business.
2.  National Eat a Hoagie Day—celebrating a sandwich made popular by Italian ship workers who brought it to work to eat at lunch breaks in Philadelphia during World War II and is now known as the “Official Sandwich of Philadelphia; clueless of who created or when it was created but likely suspect might be a sandwich chain like Subway, Jersey Mike’s or Arby’s.
3. 2004 Number 1 Song USA—the number 1 song in 2004 on this day was “Goodies” by Ciara feat. Petey Pablo on a run in that position of 7 weeks to join 11 other songs that achieved number 1 status and join 11 other acts who achieved their first number 1 song on the Billboard Hot 100. Here is a music video of “Goodies” by Ciara feat. Petey Pablo:  https://www.youtube.com/watch?v=YtC92pzp5vw Ciara became the spouse of pro QB Russell Wilson in 2016 and has sold 70 million records. Pablo is a 48 yr. old rapper who had the misfortune of being arrested trying to carry a stolen 9 mm pistol aboard a United Airways flight to Los Angeles and sentence to 35 months in a federal prison but released after serving 26 months on March 14, 2014.

4.  Word of the Day—the word of the day is “sepulchral” which means gloomy or dismal which describes to a tee what we look forward to  as long as Biden is in office and Blues control Congress.
5.  Stick to Wine—celebrating the birth on this day in 1983 of noted English singer/songwriter Amy Winehouse who was a cocaine chain smoker and heavy alcohol user who after consuming copious amounts of vodka died from alcohol poisoning with a BAT of .416 % on July 23, 2011 but her music lived on with 8 songs posthumously being on the UK singles chart at the same time in 2011.

On this day in:
a. 1812 after defeating the Russian Army at Borodino, Napoleon’s Grand Armée entered Moscow which had be abandoned by Russian troops and civilians, other that troops who started setting fires to burn down all accommodations useful to the French which fires were not burnt out until 4 days later, leaving most of Moscow uninhabitable.
b. 1960 to the bane of oil consuming nations the Organization of Petroleum Exporting Countries was formed.
c. 1994 in a no more peanuts and crackerjacks moment the Major League Baseball season was cancelled because of a players strike.
d. 1998 MCI Communications and WorldCom completed their $37 billion merger creating MCI WorldCom.
e. 2000 Microsoft released Windows ME.
Reflections on the impact of OPEC: “For decades, our dependence on OPEC oil has dictated our national security decisions and tied us up in the Middle East at an incredible price. We've spent more than $5 trillion and thousands of American soldiers have died securing Middle East oil.” T. Boone Pickens, noted oil and gas magnate and corporate takeover artist.
Please enjoy the poems on events of interest on my twitter account below (if you like them, retweet, and follow me) and follow my blogs. Always good, incisive and entertaining poems on my blogs—click on the links below. Go to www.alaskanpoet.blogspot.com for Ridley’s Believe It Or Not—This Day in History,  poems to inspire, touch, emote, elate and enjoy and poems on breaking news items of importance or go to  Ridley's Believe It Or Not for just This Day in History.

© September 14, 2021 Michael P. Ridley aka The Alaskanpoet
Alaskanpoet for Hire, Poems to Admire
Poet Extraordinaire, Beyond Compare
A Unique Gift, All Recipients Receive a Lasting Lift

Posted by Michael P. Ridley aka the Alaskanpoet at 12:59 PM