April 3, 2022 Ridley's Believe It Or Not First Day of Ramadan

CV World Cases: The planet continues with cases still increasing but the increase slowing down with cases now passing 491 million at 491,017,722 cases,  59,253,873 of which are active, 431,763,849 closed with 425,589,539 recoveries (98.57%), and crossing the 6,000,000 barrier 6,174,310 deaths (1.43% )to continue the low trend of increased cases with increased recovery percentages and decreased death percentages with some plateaus, dips, and rises.
CV USA Cases: Total cases now passing 81 million at 81,826,371 with 15,292,238 active cases  of which 1988 are serious or critical, (15,517 on 12/12) (back to steady decreases despite the increase in active cases due to the relative mildness of the Omicron variant) to .0130% of active cases (back to back steady decreases despite the increase in active cases due to the relative mildness of the Omicron variant  and to increase  the reduction from the 29,271 peak on 12/31/2020 to 27,283 with 66,534,133 closures with 1,008,159 deaths (1.52%) and with 65,525,974  recoveries (98.48%). Our death rate percentage is .09%  higher than the world’s death rate.
Standing: On a deaths per million population measure on a steady but slowing climb to 3015 the U.S. ranks behind Peru (6285) the new number 1 which has had a quantum leap in deaths previously unmatched which was a change in the classification to give Peru the a new method of reporting; Bulgaria (5332), Hungary (4732), Romania (3423),  Brazil (3068), and Poland (3053) and slightly higher than Chile (2922), Argentina (2789), Columbia (2694), Italy (2648), Belgium (2640), Russia (2529), Mexico (2462), UK (2417),  Spain (2192), France (2174), Portugal (2138), Ecuador (1956),  Bolivia (1832),  Sweden (1796) that never closed its economy down like we did, and Switzerland (1565).
US Vaccinations: As of 04/02/22   561.2 million doses, 223,358 per day last week (76.2%) of population now vaccinated  with at least one shot)  and in California 27,963 per day  (which means at least 82.5% of the population of California has received at least one shot) which many believe is necessary to develop herd immunity (other than Flip Flop Fauci who may believe that 90% is required).  In California 72,704,550 total doses have been given (83.1%  of doses received to exceed the U.S. average of 79.9%), California has not moved from 12th of the 50 states in terms of the percentage of doses administered as a percentage of doses delivered to the states and at 71.1% of its population fully vaccinated compared to the U.S. average of 64.9% and has  not moved from 12th  in terms of the percentage of the population fully vaccinated compared to other states (nothing like a recall election to get Newsom’s attention and performance).
Non  CV News: Day 40 of the Russian invasion of Ukraine has Russians withdrawing from Kviv either being pushed back by Ukrainians or being forced to leave after being exposed to radiation after digging trenches near Chernobyl digging through the earthen cover of contaminated soil and leaving the areas vacated strewn with deadly mines and booby traps to kill or maim civilians that escaped injury during Russian missile and shelling attacks but also leaving evidence of war crimes of citizens with their hands tied behind their backs executed (Russian people are in the dark with the false narrative of denazification being foisted upon them and probably have no knowledge of atrocities against civilians be unleashed by Russian troops and arms); despite threat of smelting his Oscars by Penn, Zelenskyy was not Zoom invited to the Oscars but was for the Grammys and gave an impassioned plea for aid to fight the Russians; mass shooting in Sacramento with 6 killed and 12 wounded but before the victims are all identified and on stolen gun recovered and no shooters in custody or named as persons of interest Newsom is calling on stricter gun control (watch for Biden jump on the bandwagon calling for the same thing); while we are looking at record numbers of nonwhite illegals coming across the border, University of South Carolina Gamecocks stayed in the locker room to protest racial discrimination  while the National Anthem was played then came out to beat UConn (maybe someone should ask these pampered woke targets if there is so much discrimination here why are so many of those who are supposedly discriminated against flocking to this nation at great risk and significant cost to enter); Lia Thomas a transgender who won the 500 meter in the NCAA Championship may be the Willie Horton equivalent for athletics given the Blues’ crusade for transgender rights and the ability to compete in women’s sports at least in Colorado where the Republican candidate for Senate is blasting his Blue incumbent for supporting transgenders to the detriment of women’s sports; HRC who is sounding more and more like a candidate in 2024 aped the Biden two step on Ukraine then walked it back indicating we could do much more to defeat Putin (doubt if Biden will even remember the attack); Seattle’s taxpayer supported Museum of Pop Culture is sponsoring a summer camp for 12-18 year olds to explore “your drag” not the races but the queens; when most states are trying to ape the success of South Dakota, Texas and Florida, some misguided governors of Blue States seem like lemmings wanting to ape California’s jump over the cliff into disaster. 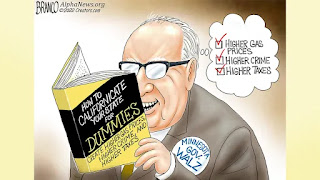 Chicago Gun Violence: Hey Jackass.com is alive and well to collect data to show that through April 1, 2022, gun violence involving mostly persons of color shooting mostly persons of color in Chicago is alive and well with 644 shot of whom 121 have died.
As always, I hope you enjoy today’s holidays and observances, factoids of interest for this day in history, a video recording of “Coming Out of the Dark” by Gloria Estefan; the fact that your sponsalia are for causes that are worthy; and a quote by John Doe Whistleblower on the Panama Papers, secure in the knowledge that if you want to send a gift for any memorable events like St. Patrick’s Day, Mothers’ Day, college graduations, birthdays, weddings, or anniversaries, you know that the Alaskanpoet can provide you with a unique customized poem at a great price tailored to the event and the recipient. Please contact me for details on pricing.
1.  First Day of Ramadan—Ramadan is one of the 5 pillars of Islam and is celebrated by Muslims from 29 to 30 days and is observed by Muslims in prayer, fasting, contemplation and community to commemorate Muhammed’s first revelation in 610.
2.  World Party Day—inspired by the novel Flight: A Quantum Fiction Novel  by Vania Bonta in which at the end of the book the world unites is worldwide celebration and first celebrated on this day 1996, a year after the novel was published. Also known as P-Day with the slogan by celebrants that “Party is the opposite of war.”
3.  1991  Number 1 Song—the number 1 song in 1991  on this day was  “Coming Out of the Dark” by Gloria Estefan in that position  for 2 weeks to join 26 other number 1 songs while 14 acts  hit the charts at Number 1 for the first time and Mariah Carey had 3 number 1 songs. Here is a video recording of Gloria Estaban performing  “Coming Out of the Dark”: https://www.youtube.com/watch?v=QS7qLDizDYo  Gloria Estefan, the Cuban born singer known as the “Queen of Pop” and an influential creator of the “Miami Sound” has had 3 Grammys and is still performing at age 64.

4.  Word of the Day—the word of the day is “sponsalia” means espousals which sadly in school boards across the nation teaching CRT seems to be the sponsalia of the day.

5.  Not a Reliable Member of the Crew”—celebrating the birth on this day in 1961 of former Major League Baseball relief pitcher for the Los Angeles Dodgers who signed on as a free agent with the Cleveland Indians after the 1992 season but during spring training on March 23, 1993 took fellow teammates Bob Ojeda and Steve Olin on a nighttime boating trip of Little Lake Nel lie, Clermont, Florida along with a BAC of .14 and crashed into an unlit dock at a high rate of speed, killing him and Olin and severely injuring Ojeda.
On this day in:
a. 1973 in a beginning of the end of all peace and quiet and freedom from disturbance, Martin Cooper of Motorola made the first hand held mobile phone call to Joel Engels of Bell Labs.
b. 2000 District of Columbia District Court Judge Thomas Jackson found Microsoft guilty of monopolization and would rule on June 7, 2000 that the company be broken up into two entities. He was overruled by the Court of Appeals that castigated Judge Jackson for bias and failing to recuse himself.
c. 1986 Jiverly Antares Wong, born in South Vietnam who immigrated to the U.S. in the 80’s with his mother and father and became a naturalized citizen in 1995, entered the American Civic Association immigration center in Binghamton, New York where he had taken 3 months of English language classes and shot and killed 13 people while wounding 3 before turning the gun on himself.
d. 2010 Apple, Inc. released the iPad, the first generation tablet computer.
e. 2016 over 11.5 million sensitive financial documents known as the “Panama Papers” from over 214,000 offshore companies created by and leaked from the Panama law firm of Mossack Fonseca by a “John Doe” whistleblower whose identity is still unknown began being published.
Reflections on the Panama Papers: “The collective impact of these failures has been a complete erosion of ethical standards, ultimately leading to a novel system we still call Capitalism, but which is tantamount to economic slavery. In this system—our system—the slaves are unaware both of their status and of their masters, who exist in a world apart where the intangible shackles are carefully hidden amongst reams of unreachable legalese.”― John Doe, the whistleblower who leaked the Panama Papers
Please enjoy the poems on events of interest on my twitter account below (if you like them, retweet, and follow me) and follow my blogs. Always good, incisive and entertaining poems on my blogs—click on the links below. Go to www.alaskanpoet.blogspot.com for Ridley’s Believe It Or Not—This Day in History,  poems to inspire, touch, emote, elate and enjoy and poems on breaking news items of importance or go to  Ridley's Believe It Or Not for just This Day in History.

© April 3, 2022+,  Michael P. Ridley aka The Alaskanpoet
Alaskanpoet for Hire, Poems to Admire
Poet Extraordinaire, Beyond Compare
A Unique Gift, All Recipients Receive a Lasting Lift

Posted by Michael P. Ridley aka the Alaskanpoet at 4:49 PM