December 5, 2021 Ridley's Believe It Or Not Repeal Day 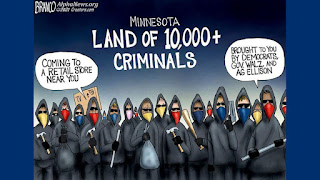 Chicago Gun Violence: Hey Jackass.com is alive and well to collect data to show that through December 4, 2021, gun violence involving mostly persons of color shooting mostly persons of color in Chicago is alive and well with 4294 persons shot of whom 754 have died.
As always, I hope you enjoy today’s holidays and observances, factoids of interest for this day in history,  a recording link to “Rumors Are Flying” by Thomas Carle and His Orchestra with Marjorie Hughes, the fact that your tasks are not sisyphean, and a quote by H.W. Brands on the California Gold Rush, secure in the knowledge that if you want to send a gift for any memorable events like Thanksgiving or Veterans  Day, college graduations, birthdays, weddings, or anniversaries, you know that the Alaskanpoet can provide you with a unique customized poem at a great price tailored to the event and the recipient. Please contact me for details on pricing.
1.  Krampusnacht—celebrated in Germanic speaking countries during the Middle Ages when Krampus a half demon half goat mythical creature whips children who have not behaved on December 5 while St. Nicholas visits the next day with gifts. Banned by the Catholic Church and the fascists, the celebration is now making a comeback in Germany, the Czech Republic, Slovenia, Austria and Hungary and becoming popular in the U.S.
2.  Repeal Day—created by mixologist, bartender and writer Jeffrey Morgenthaler on this day 2006 when the 21st Amendment repealing the 18th Amendment (Prohibition) was ratified.
3.  1946  Number 1 Song USA—the number 1 song in 1946 on this day was  “Rumors Are Flying” by Thomas Carle and His Orchestra with Marjorie Hughes (his daughter who is still alive today at age 95) on a run of 8 weeks non continuous in that position to join 13 other songs that achieved number 1 status. Here’s a recording of Thomas Carle and His Orchestra with Marjorie Hughes performing “Rumors Are Flying”: https://www.youtube.com/watch?v=S6KIKEeplsQ
4.  Word of the Day—the word of the day is “sisyphean” which means laborious, endless and futile which describes Biden efforts to sell his trillions of Bill Back Better as not being fully paid for and not adding to the national debt.
5.  Do As Drawn Not As I Do—celebrating the birth on this day in 1901 of Walt Disney, noted animator and co-founder of the Disney Company who was heavy smoker of unfiltered cigarettes and of a pipe which none of his animations used and after being diagnosed with lung cancer in early November of 1966 and started cobalt treatments but to no avail and died on December 15, 1966 at age 65.
On this day in:
a. 1831 in a one way electoral street John Quincy Adams became the first and only ex-president to be seated in the House of Representatives while four members have become president on the death or resignation of a sitting president.
b. 1848 in a message to Congress President James Polk confirmed that gold had been discovered in California.
c. 1955 the American Federation of Labor and the Congress of Industrial Organizations merged to become the AFL-CIO.
d. 1964 Captain Roger Donlon of the U.S. Army in command of a Special Forces Camp at Nan Dong 15 miles from the Laos border was attacked on July 6, 1964 was attacked by an overwhelming reinforced battalion of Viet Cong troops in a battle which lasted 5 hours but resulted in the attacks be beaten off due in large part to Donlon’s leaderships despite being wounded several times; Donlon was awarded the first Medal of Honor in the Vietnam War and the first member of the Special Forces to be awarded a Medal of Honor on this day.
e. 2017 the International Olympic Committee banned Russia from competing in the 2018 Winter Olympics for doping its athletes during the 2014 Winter Olympics.              Reflections on the California Gold Rush: “From all over the planet they came…. They came in companies and alone, with money and without, knowing and naïve. They tore themselves from warm hearths and good homes, promising to return; they fled from cold hearts and bad debts, never to return. They were farmers and merchants and sailors and slaves and abolitionists and soldiers of fortune and ladies of the night. They jumped bail to start their journey and jumped ship at journey’s end. They were the pillars of their communities, and their communities’ dregs….”― H.W. Brands,  The Age of Gold: The California Gold Rush and the New American Dream
Please enjoy the poems on events of interest on my twitter account below (if you like them, retweet, and follow me) and follow my blogs. Always good, incisive and entertaining poems on my blogs—click on the links below. Go to www.alaskanpoet.blogspot.com for Ridley’s Believe It Or Not—This Day in History,  poems to inspire, touch, emote, elate and enjoy and poems on breaking news items of importance or go to  Ridley's Believe It Or Not for just This Day in History.

© December 5, 2021 Michael P. Ridley aka The Alaskanpoet
Alaskanpoet for Hire, Poems to Admire
Poet Extraordinaire, Beyond Compare
A Unique Gift, All Recipients Receive a Lasting Lift