The Black Lives Matter Movement so quick to go to the streets if a black is shot by a cop
Regardless of the facts of why were kneeling in protest at Walz’s house after a shooting but then soon stopped
Why one should ask would a protest over a shooting of a black by a cop soon end
With cop on unnamed blacks shootings in their view on an out of control rising trend?
The rumor had it wrong--a carjacker was killed pointing a gun but he was white
A death is a death but for the BLM it was not the pointing of a gun but his color that was not right
BLM hypocrisy shown by another shooting in Chicago that killed a child at MacDonald’s there in Drive-Thru for a Big Mac
Here is a photo of a 7 year old killed but whose life to BLM does not matter 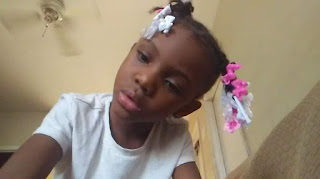 BLM be useful and protest in front of Lightfoot as this family’s life has been shattered
Not by cops but like 95% of the Chicago gun killings a color on color attack
Through the 18th 8 people shot and 3 killed most likely black by cops on Chicago streets
While 929 civilians shot and 167 killed by civilians and from the BLM silence not one protest peep
Time for these Marxists whose leader has added to her home list with another with $1.4 million spent
To change their name and account where the millions extorted with “White Guilt” went
To BLMCK “Black Lives Matter Cops Killed” to show the fraud of where they only stand
Ignoring the carnage of color on color shooting in Blue run cities across this land
©  April 19, 2021 The Alaskanpoet
Posted by Michael P. Ridley aka the Alaskanpoet at 6:01 PM