Tests: We have now conducted 431,441,836 tests (now at 1,297,362/M) compared to number 2 now France at 1,110,485/M) as we are conducting more tests in number and on a per capital basis for all nations (other than those nations that contain small populations like Bahrain, Denmark, Israel, Malta, Singapore and UAE) other than the U.K. which remains as king of the mountain with respect to tests at 2,129,201/M.
CV Open Gate: Lost in the pronouncements by Biden and his lackeys that there is no crisis of illegals surging across the border is that fact that COVID-19 is alive and well and spreading in the Northern Triangle and Mexico which is 12th on my list of deaths from the pandemic at 1634/M and the 3 countries in the Northern Triangle in terms of active cases and deaths per million are as follows even though the data may be suspect as underreported:

US Vaccinations: As of 4/19/2021 211.58 million doses have been given, 3.13 million per day in the last week (sounds impressive but if the rate does not increase it will take us now reduced to some 3 months to have 75% of the population vaccinated which many believe is necessary to develop herd immunity. In California 26,435,308 total doses have been given (81.0% of doses received to  exceed the U.S. average of 80.0%), but with the pressure of a certain recall coming endangering Newsom, California has risen from 24th tied with Oregon to in sole possession of 24th  out of the 50 states in terms of the percentage of doses administered as a percentage of doses delivered to the states and at 25.4% of its population fully vaccinated compared to the U.S. average of 25.7% has moved slightly up from 36th to 33rd . A long way to go to get herd immunity and lagging in terms of getting vaccines received into arms and percentage of population vaccinated compared to other states and a great reason to recall this inept and hypocritical governor.

Non CV Case News: In the Chauvin case, the jury took almost no time to come back with a verdict of guilty on all counts which must have caused a wave of relief to citizens of Minneapolis that looked like a boarded up city waiting for a CAT 5 Hurricane to hit (Mad Maxine must be jumping for joy over what she will perceive probably as her contribution for a guilty verdict that spared the city from a major riot); the video evidence of wrongdoing by Chauvin was pretty overwhelming but after Waters’ confrontational rants, Biden’s prayer for a just verdict and riots up riots across the nation protesting the death of George Floyd a fair question might be asked was he sacrificed to save Minneapolis from being burned to the ground, aping the 1992 L.A. Riot?; almost at the same time Chauvin in handcuffs was being led away police in Columbus, Ohio were shooting and killing a 15 year old black girl to prevent her from stabbing another girl as shown on body cam footage released at warp speed; Pelosi should be ashamed of herself to looking up into the sky and praising Floyd for sacrificing himself for the cause of “justice”.
Justice should be blind not influenced by the likes of Maxine Waters intimidating the jury to convict Derek Chauvin but when it came to vote on a Red resolution to censure Maxine Waters for doing just that, the Blue puppets were choking on Pelosi’s strings and voted 216-210 to table the resolution; if you are a black and live in Chicago there is a great chance that you will be shot by another black with another great chance that the shooting will not solved as it looks like foot chases of fleeing felons may not be allowed without the approval of a supervisor (given the delay typically that would be involved means solution rate will rapidly decrease): bogus and biased CNN “journalist” Brian Stelter should soon be looking for another gig as his ratings at CNN are sinking like a stone; Biden not content with his massive spending plan mislabeled an infrastructure bill is ready to announce the second punch of the one two spending combo, a $1 trillion aid to family spending plan.
Unlike social media tech giants who censor the right, Simon Shuster is showing some spine and announcing that despite staff protests against it, Mike Pence’s book will go forward (question still raised is why anyone who wants to censor books has a job at Simon & Shuster?)

Backers of a recall effort for L.A. DA Gascon have formally started the process and have started the 160 day clock to obtain 580,000 signatures of registered voters to place a recall on the ballot https://recallgeorgegascon.com/; after the Chauvin verdict and its guilty on all counts in a few hours, leave it to the political cartoonist to point out vividly the potential intimidation on the jurors. 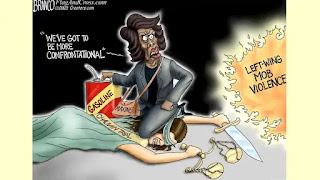 Chicago Gun Violence: HeyJackass.com is back to show that through April 19, 2021, gun violence involving mostly persons of color shooting persons of color in Chicago is alive and well with 940 persons shot of whom 171 have died.
As always, I hope you enjoy today’s holidays and observances, factoids of interest for this day in history, a musical link to “Let It Be Me” by The Beatles, that you are rectitudinous in your behavior and a quote by Sarah Palin on the real fault of the Deepwater Horizon disaster, secure in the knowledge that if you want to send a gift for any memorable events like Mother’s Day, college graduations, birthdays, weddings, or anniversaries, you know that the Alaskanpoet can provide you with a unique customized poem at a great price tailored to the event and the recipient. Please contact me for details on the pricing.

1. 420 Day—created on this day in 1971 by 5 seniors in San Rafael calling themselves the “Waldo’s” went looking for an abandoned marijuana crop to then gather it and meet and a statue of Louis Pasteur at 4:20 to enjoy it: they never found the crop but the idea of smoking weed at 4:20 on 4/20 took root  and 420 is the accepted slang term for marijuana and 4/20 is now popular as the day to celebrate its consumption which is getting easier as more and more states have legalized it or reduced its possession and consumption to a fining citiation.

2. UN Chinese Language Day—created by the UN in 2010 to celebrate Chinese as one of the official languages of the United Nations.

4. Word of the Day—today’s word of the day is “rectitudinous” which means displaying obvious moral correctness, a trait which far too many of our politicians have lost for a long period of time.

5.  My Struggle Became Your Struggle—bemoaning the birth on this day in 1889 of Adolf Hitler whose rants in Mein Kampf not enough people read or believed and he was thus able to lead Germany and drag the rest of the world into World War II which was to become the deadliest and costliest war the world has ever seen.

a. 1861 in a move that would prolong the Civil War due to the initial ineptness of many of the Union Army commanders in comparison, Robert E. Lee resigned his commission in the U.S. Army to take command of the armed forces of his home state Virginia.

b. 1945 with the Thousand Year Reich on its death bed with 18 days left, a frail and tottering Adolf Hitler left the Fuhrer for the last time to award Iron Crosses to boy soldiers of the Hitler Youth who despite all evidence of the upcoming fall of Berlin, believed the Fuhrer would pull a rabbit out of the hat to win the war.

c. 1946 the League of Nations formed after World War I with great expectations on its ability to deter war among nations but without U.S. membership failed miserably in that effort as Mussolini’s invasion of Ethiopia and World War II will attest formally dissolved and handed over its operations to the United Nations.

d. 2008 in a moment to put us behind disparaging remarks about women drivers. Danica Patrick won the Japan 300 to become the first woman to win an Indy Car race.

e. 2010 the oil drilling platform Deepwater Horizon exploded in the Gulf of Mexico killing 11 workers and starting an oil spill from the seabed that was the largest in world history and not capped until September of 2010 which cost BP over $50 billion in fines, penalties, cleanup costs and payments for economic damages suffered by companies and individuals living near the coast.

Reflections on the Deepwater Horizon Spill from a contrarian point of view that would have been blocked today: "Extreme deep water drilling is not the preferred choice to meet our country's energy needs, but your protests and lawsuits and lies about onshore and shallow water drilling have locked up safer areas. It's catching up with you. The tragic, unprecedented deep water Gulf oil spill proves it." —Sarah Palin, blaming the Gulf oil spill disaster on "extreme environmentalists," Facebook message, June 2, 2010

© April 20, 2021 Michael P. Ridley aka The Alaskanpoet
Alaskanpoet for Hire, Poems to Admire
Poet Extraordinaire, Beyond Compare
A Unique Gift, All Recipients to Receive a Lasting Gift

Posted by Michael P. Ridley aka the Alaskanpoet at 5:35 PM