Most of us enjoyed the Sharkanado movies with their great special effects
Sharks funnel up from the water falling like hail with deadly harm on victims to randomly select
Or the hero with a chain saw chopping them in half as they plummeted from the sky
No matter how realistic special effects we knew that that's is not how from sharks we would die
But in Northern California there may be forming a new anado script and this is for real
Shows off the awesome power on humans and the landscape a wildfire can deal
Funnel clouds lifting ash, smoke and flames into the sky
Tornado strong winds blowing with fire and heat that would cause a firefighter to be burned or die
This is a movie we could no without on our forest screens
Capable of bringing death and structure destruction the likes of which not often seen 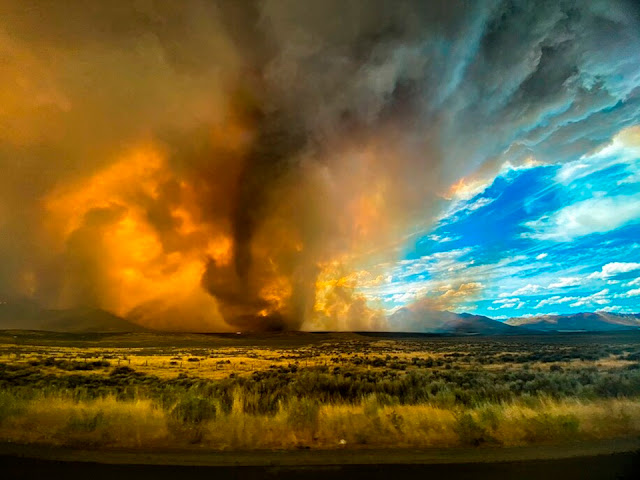 Posted by Michael P. Ridley aka the Alaskanpoet at 9:48 PM