November 28, 2020 Ridley's Believe It Or Not Small Business Saturday

4. Word of the Day—today’s word of the day is “presbycousis” which means hard of hearing in old age which many face especially baby boomers exposed to rock concerts are now experiencing.                 5. The Reptilian Brain Is Part Monkey—celebrating the birth on this day in 1936 of former Blue Senator from Colorado who managed McGovern’s disastrous campaign, lost out to Walter Mondale for the 1984 Blue nomination and then in 1988 as the as leading Blue candidate when his reptilian brain’s extramarital affairs caught up with him and he was photographed with Donna Rice on the boat Monkey Business which forced him to drop out of the Blue Primary Race although he was leading in 1988. 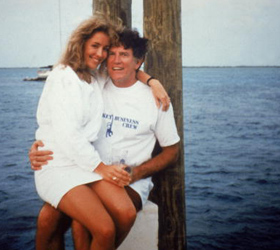 a. 1843 the Kingdom of Hawaii was officially recognized as an independent nation by Great Britain and France.

b. 1925 The Grand Ole Opry began broadcasting in Nashville, Tennessee as The WSM Barn Dance.

d. 1990 the Iron Lady Margaret Thatcher resigned as head of the Conservative Party and as Prime Minister to be replaced by John Major.

e. 2002 3 suicide Al-Qaeda bombers crashed a truck into the barrier in front of the Paradise Hotel in Mombassa, Kenya and detonated its explosives killing 10 Kenyans and 3 Israelis checking in and injured 80 others while co-conspirators never found fired 2 shoulder to air missiles at an Israeli owned Arkia Airlines that had just taken off en route to Tel Aviv but missed.

Reflections on supporting small businesses on this Saturday: “When you buy from a small business, you are not helping a CEO buy a third vacation home.  You are helping a little girl get dance lessons, a little boy get his team jersey. a mom putting food on the table, a dad paying for a mortage and a student paying for college.”  Anonymous but words that should spur us to support small business.

© November 28, 2020 Michael P. Ridley aka the Alaskanpoet
Alaskanpoet for Hire, Poems to Admire
Poet Extraordinaire, Beyond Compare
A Unique Gift, All Recipients to Receive a Lasting Gift

Posted by Michael P. Ridley aka the Alaskanpoet at 9:49 PM