Ridley’s Believe It Or Not For June 7, 2019 Pelosi was really slammed by Trump for her role as Speaker was the target of scathing rebukes by MSNBC for her comment that she didn’t want to see Trump impeached but in jail which is something you would expect in Banana Republics or regimes like Pakistan (shame on you Pelosi your rhetoric is totally unproductive, damaging to the nation and belongs in the trash heap along with your failed ideas); District Attorney Durhan has been meeting with AG Barr on the Mueller probe as the wheels of justice continue to move against what is beginning to look like a clear case of collusion by top figures of our government to block Trump’s campaign and then seek to remove him after his election (frightening turn of events that should make even the most progressive Blue terrified); CNN news analyst Toobin is excoriating the Blues for not moving forward on impeachment hearings (Blues are in cross hairs over impeachment and Pelosi’s and Warren’s call for prison for Trump); The View is usually not worth watching except when Behar goes off the deep end or goes delusional which she has just done, claiming she is a centrist and for common sense (what an absolute crock that should cause all but the most rabid left from turning the dial); organizers of the D.C. Dyke March are being slammed by the ADL for banning participants from wearing or displaying the Star of David even on the LGBT flag and immediately were claimed to be anti-Semite); the media has not yet started to focus on the quid pro quo role of Biden and lucrative deals in Ukraine and China involving his son Hunter, but his campaign is stuck in the mud with allegations of plagiarism once again, failure to attend the California Democratic Convention and support of the Hyde Amendment then flip flopping on the issue (looking more and more that the only “moderate” in the room is looking at 0-3 leaving the left to out progressive themselves into oblivion in 2020; Whoopi Goldberg stooped to all time lows trying to tie D-Day to immigration (what a delusional stretch to assume that our troops died and were maimed so illegal aliens could come her—she needs to look at her history and such events as the Zoot Suit riots in Los Angeles involving U.S. Marines and sailors and Mexican-American youths); Putin continues to feel his oats first in a Russian fighter jet buzzing a U.S. reconnaissance plane in international waters then a Russian ship in the Philippine Sea coming way too close in a dangerous maneuver with a U.S. warship: 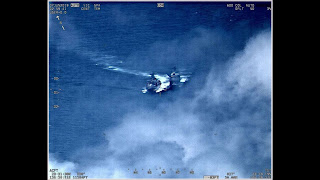 Tensions over the trade war showed up in the May job creation statistics with only 75,000 jobs being added  as the Fed is considering implementing a rate hike to offset any potential slowing of the economy (Trump’s Achilles Heel is the fact that he will live by the economic boom in 2020 but die by an economic slowdown); the University of Alabama showed some class by returning $21.5 million to Cluverhouse who had given it to the university to build a law school because he had urged a boycott of the state including the university over the restrictive anti-abortion law just passed;; through June 6, 2019 1010 people  have been shot in Chicago of whom 196 have died (what makes the Smollett case so frustrating is that it forced the city of Chicago to allocate scarce detective resources when in only 9% of the shootings resulting in murder have a suspect being charged this year).
1. VCR Day—celebrating the introduction of the VCR which in VHS mode pushed Beta-max off the market and ruled supreme until replaced by the DVD.
2. Trial Technology Day—celebrating the use of technology in trials to improve the presentation of a lawyer’s case either in support of the issue being litigated or opposed to it in a manner to aid the trier of fact to understand the issues and reach a verdict.
3. 1938 Number One Song—the number one song on this day in 1938 is “Love Walked In” by  Swing and Sway with Sammy Kaye on a run of 4 weeks in that position. Here is a recording of the song: https://www.youtube.com/watch?v=8woBmcal6bs Born Samuel Zaronocay, life walked out on Sammy on June 2, 1987 at age 87.
4. Word of the Day—today’s word of the day as we move from words beginning with “o” to words beginning with “p” is “pedetentous” which means to move slowly which describes the prospects of peace in the Middle East to a tee.
5. Seeing the Light—celebrating the birthday on this day in 1959 of Vice President Mike Pence who is his younger years was a Democrat but migrated to the conservative Republican beliefs he holds today.
As always, I hope you enjoy today’s holidays and observances, a music link to Swing and Sway with Sammy Kaye, 5 factoids of interest for this day in history, the fact that you approach problems not in a pedetentous manner, and a relevant quote from the dissent of John Marshall Harlan in the case of Plessy v. Ferguson, secure in the knowledge that if you want to find a gift for any memorable events like college graduations, birthdays, weddings, or anniversaries, you know that the Alaskanpoet can provide you with a unique customized poem at a great price tailored to the event and the recipient. You need only contact me for details.
On this day in:
a. 1892 Homer Plessy was arrested for failing to leave his “whites only” seat on a train and sadly lost his case Plessy v. Ferguson taken to SCOTUS which handed down the disastrous doctrine of “separate but equal” which resulted in separate but unequal facilities throughout the South which was finally overturned by Brown v. Board of Education.
b. 1965 in a liberating movement SCOTUS ruled in the case of Griswold v. Connecticut that the state could not criminalize the us of contraceptives by married couples.
c. 1971 SCOTUS overturned the conviction of Paul Cohen for disturbing the peace ruling that vulgar language is protected by the First Amendment.
d. 1977 500 million people on TV watched the High Time of the Silver Jubilee of Queen Elizabeth II.
e. 1982 Priscilla Presley opened up Graceland to the public other than the bathroom where Elvis died.
Reflections on Plessy v. Ferguson from one of the great dissents delivered by a SCOTUS Justice: “Sixty millions of whites are in no danger from the presence here of eight millions of blacks. The destinies of the two races, in this country, are indissolubly linked together, and the interests of both require that the common government of all shall not permit the seeds of race hate to be planted under the sanction of law.” John Marshall Harlan I wonder what the race relations in the nation would have been and the violence averted if the majority had followed Harlan.
Please enjoy the poems on events of interest on my twitter account below (if you like them, retweet and follow me) and follow my blogs. Always good, incisive and entertaining poems on my blogs—click on the links below. Go to www.alaskanpoet.blogspot.com for Ridley’s Believe It Or Not—This Day in History, poems to inspire, touch, emote, elate and enjoy and poems on breaking news items of importance or for just This Day in History go to   www.Alaskanpoethistory.blogspot.com.
© June 6, 2019  Michael P. Ridley aka the Alaskanpoet
Posted by Michael P. Ridley aka the Alaskanpoet at 1:17 PM