November 1, 2016 Ridley's Believe It Or Not World Vegan Day

Ridley’s Believe It Or Not For November 1, 2016 Only 8 waning but increasingly vitriolic and hypocritical days to go until the only polls that matter close; Trump and Pence delivered a stinging condemnation in PA on Obamacare that with soaring triple digit premium increases in some states may prove to be the straw that breaks Hillary’s back; Obedin has disappeared from the campaign trail; Reid has proven himself to be a complete partisan idiot with his allegation that Comey violated the Hatch Act; Podesta’s email 2 days before House subpoena issued indicating that HRC’s emails should be dumped from her server is a clear indication of the damaging content of those “private” emails; 650,000 emails on Obiden’s laptop she shared with her pervert estranged husband now being reviewed by FBI; latest poll shows Trump leading Hillary by one point; on the sports front game six in the World Series which the Cubs must win to keep their hopes alive to be played at Cleveland tonight.
As Trump is trying to become more presidential, going to www.lyingcrookedhillary.com is a great way to start your day along of course with www.alaskanpoet.blogspot.com and reading Clinton Cash would be a great read to understand the quid pro quo mentality of the Clintons and if you want some music in your life with a little satire-- https://safeshare.tv/x/kXjbXGyQDsE
As always, I hope you enjoy today’s holidays and observances, a music link to Billy Ocean, factoids of interest for this
day in history, one of Ansel Adams’ greatest photographs, a relevant quote from Victoria Moran, while looking forward to enjoying your favorite vinegar dressing, blessed with a positive attitude and secure in the knowledge that if you want to find a gift for any memorable events like birthdays, weddings, or anniversaries, you know that the Alaskanpoet can provide you with a unique customized poem at a great price tailored to the event and the recipient. You need only contact me for details.
1. National Brush Day—created in 2013 to encourage parents to promote proper dental hygiene for their children who probably overloaded with candy from last night’s trick or treating.
2. World Vegan Day—celebrating a day revered by most domesticated and wild food source animals and observed by a growing number of herbivore humans for health and financial reasons.
3. 1984 Number One Song—celebrating the number one song in 1984 on a run of 3 weeks in that position “Caribbean Queen” by Billy Ocean. Here is a recording of him performing the song: https://www.youtube.com/watch?v=9f16Fw_K45s
4. National Vinegar Day—celebrating a drink, seasoning  and preservative that has  been around for 10,000 years and sold to the consumer in individual bottles by Heinz since 1896 and trumps two other food holidays in honor of World Vegan Day, National Bison Day  and National Fried Clams Day.
5. An Apple A Day Or Maybe A Million More Is Good For The Bottom Line—celebrating the birth on this day in 1960 of Tim Cook who took over as CEO for Apple in 2011, replacing Steve Jobs who was shortly thereafter to die from cancer.
On this day in:
a. 1512 the ceiling of the Sistine Chapel painted by Michelangelo was opened to the public for viewing for the first time.
b. 1765 in a move that created great resentment in the Colonies, the English Parliament passed the Stamp Act to finance military operations in North America.
c. 1800 President John Adams became the first president to reside in the Executive Mansion (renamed the White House by Teddy Roosevelt).
d. 1870 the U.S. Weather Bureau published its first weather forecast (what were the chances that it was wrong?).
e. 1941 photographer Ansel Adams took a photograph of a moonrise over Hernandez, New Mexico which would become one of the most famous photographs of all times. 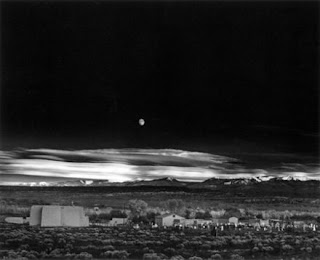 Reflections on being a vegan on World Vegan Day: ” Taking B12 is the price of getting to be vegan, the way wearing a helmet is the price of getting to ride a motorcycle and giving up alcohol for nine months is the price of getting to have a baby.” Victoria Moran, noted author and speaker and expert on veganism. Please enjoy the poems on events of interest on my twitter account below (if you like them, retweet and follow me) and follow my blogs. Always good, incisive and entertaining poems on my blogs—click on the links below. Go to www.alaskanpoet.blogspot.com for Ridley’s Believe It Or Not—This Day In History, poems to inspire, touch, emote, elate and enjoy and poems on breaking news items of importance or go to Ridley's Believe It Or Not for just This Day in History.
© zzznovember 1, 2016, Michael P. Ridley aka the Alaskanpoet
Alaskanpoet for Hire, Poems to Admire


Poet Extraordinaire Beyond Compare
The Perfect Gift, All Recipients to Receive Lasting Lift
Posted by Michael P. Ridley aka the Alaskanpoet at 11:46 AM