November 14, 2016 Ridley's Believe It Or Not World Diabetes Day

Ridley’s Believe It Or Not For November 14, 2016 Good to see a unifying, calming President-Elect Trump on 60 Minutes telling his supporters in no uncertain terms to stop harassing minorities and Muslims (would be nice if Hillary could get over the shock of losing her crown and do the same thing with respect to the paid agitators protesting in the streets); on the Thin Blue Line, another police officer was ambushed and killed with two shots to the head in Stanislaus County but very shortly thereafter the suspect David Machado was caught (glad the proposition outlawing the death penalty failed and the one to expedite executions passed as this scum belongs not on this Earth 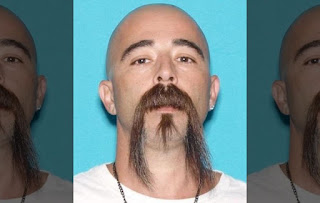 Above is the mug shot of the suspect, David Machado, Jr.; another NFL player, Mike Evans of the Tampa Bay Buccaneers, took a knee during the singing of the national anthem not in solidarity with Kupernick but to protest the election of Trump (at least he wasn’t breaking windows but when will this idiocy end?); major earthquake rocked New Zealand but only killed two people but probably really traumatized the sheep; on the local Newport Beach, California front, the owner of Banning Ranch, 402 acres of open land in West Newport Beach has sued the Coastal Commission over its refusal to allow a proposed development (in typical bureaucratic bungling the Commission set aside over 60 acres as a burring owl breeding ground although owls have not been on the property for many years.


As always, I hope you enjoy today’s holidays and observances, a music link to Boyz II Men, factoids of interest for this day in history, a relevant quote from Bill Clinton, while looking forward to enjoying some spicy guacamole, blessed with a positive attitude and secure in the knowledge that if you want to find a gift for any memorable events like birthdays, weddings, or anniversaries, you know that the Alaskanpoet can provide you with a unique customized poem at a great price tailored to the event and the recipient. You need only contact me for details.
1. World Diabetes Day—launched by the International Diabetes Foundation and the World Health Organization in response a growth of Type II diabetes cases due in large part to rising obesity to create awareness of the disease which is life threatening and can cause amputations and blindness.
2. Loosen Up, Lighten Up Day—a whimsical observance but given the protests often violent by the disgruntled supporters of Hillary Clinton chanting “He’s not my president,” in the streets while blocking traffic and break windows, time to stop acting like temper tantrum two year olds and give Trump a chance to get this economy moving ahead again so these spoiled brats can have a chance to find work.
3. 1994 Number One Song—celebrating the number one song in 1994 on a long run of 14 weeks in that position “I’ll Make Love to You” by Boyz II Men. Here is a recording of Boyz II Men performing the song:  https://www.youtube.com/watch?v=fV8vB1BB2qc
4. National Spicy Guacamole Day—celebrating that that great dip made with avocados, chopped tomatoes and onions, cilantro, garlic powder, lime juice, cilantro and jalapeños to taste; only problem is that due to growing conditions in Mexico, prices for avocadoes are far higher than they should be.
5. The Man Who Would  Be King—celebrating the birth on this day in 1948 of Prince Charles, Prince of Wales next in line to the English Throne who has a mother Queen Elizabeth II who at 90 shows no sign of no sign of stepping down after serving as Queen of England since 1952.
On this day in:
a. 1889 pioneering female journalist Nellie Bly (aka Elizabeth Cochrane) began her successful attempt to travel around the world in less than 80 which she did returning to her point of departure 72 days later.
b. 1960 on very brave little girl Ruby Bridges became the first black child to attend an all white elementary school in Louisiana.
c. 1965 the Vietnam War suddenly became very deadly as the Battle of the Ia Drang Valley, the first major encounter between NVA and American forces began; the Americans lost almost 250 soldiers killed and the Vietnamese upwards of 2,000. The reporter who was choppered into the battle Joseph Calloway later said “this was the battle that convinced Ho Chi Minh that he could win,” and he was sadly right.
d. 1967 American physicist Theodore Maiman was given a patent for his ruby laser, the world’s first laser.
e. 1995 in an alarming portent of the growing divide in the country and the decay of compromise, as a result of a government shut down over budget disputes, the federal government closed national parks and monuments and operated most agencies with skeletal staffs.
Reflections on a federal government shutdown: “I liked working with Republicans. We had five pretty good years after we had that bad year in '95 that culminated in two government shutdowns. But then they really decided that they liked being in the majority for the first time in forty years, and they wanted to get some things done, and I agreed, to get things I wanted. It was all perfectly transparent. Everybody knew what they wanted and what I wanted.” Bill Clinton One can only hope that Trump is able implement his negotiating skills to eliminate gridlock which might be easier since the ideologue Harry Reid will no longer be able to spout his venom and growing discussion among Blues to have Pelosi step down as minority leader.  Please enjoy the poems on events of interest on my twitter account below (if you like them, retweet and follow me) and follow my blogs. Always good, incisive and entertaining poems on my blogs—click on the links below. Go to www.alaskanpoet.blogspot.com for Ridley’s Believe It Or Not—This Day In History, poems to inspire, touch, emote, elate and enjoy and poems on breaking news items of importance or go to Ridley's Believe It Or Not for just This Day in History.
© November 14, 2016, Michael P. Ridley aka the Alaskanpoet
Alaskanpoet for Hire, Poems to Admire


Poet Extraordinaire Beyond Compare
The Perfect Gift, All Recipients to Receive Lasting Lift
Posted by Michael P. Ridley aka the Alaskanpoet at 7:42 AM