May 7, 2017 Ridley's Believe It or Not Infertility Survival Day

Ridley’s Believe It Or Not For May 7, 2017  Gruber who called us stupid now shifts the blame for the sever cost increases of Obamacare on Trump (if we believe him then he is right we are stupid); if you want to see hysteria and fear mongering look at Kurt Eichenwald’s fear mongering voodoo like tweets recovered before he deleted them hoping for death and preexisting decisions on any Blue family member who voted for the AHCA  http://insider.foxnews.com/2017/05/07/kurt-eichenwald-hope-republicans-see-people-die-obamacare-replacement-ahca#; in the French version of 1964 LBJ v. Goldwater election, the centrist Macron beat Le Pen 65% to 35% with France’s sizable Muslim population growing by leaps and voting for him by huge margins; to no senior’s surprise on Social Security, Social Security COLA increases are not keeping pace with inflation because they are based on the wrong CPI and do not take into account the inflating needs of seniors for transportation, care giving and medical costs; finally some good news coming out of the fanatics of Boko Haram that 82 out of the 276 of the Christian school girls kidnapped three years ago by these savages were exchanged for 5 captured Boko Haram commanders but 113 are still missing (remember our pathetic assistance of hashtags); Murray the Seattle leftist mayor who is fighting a lawsuit against him for sexually abusing them as teenagers has added diet sodas to his proposed $.0175 an ounce soda tax to attack “white privilege” because whites drink more sugar free drinks than blacks (this is what Seattle residents think of the tax. 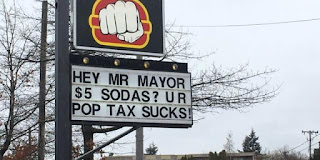 Almost almost a stuck record or a remake of Groundhog Day, Chicago style,  the carnage in Chicago continued unabated in May  with total shootings in 2017 through May 6 increasing by 16 yesterday to 1092 with the death toll by 1 to 185.
As always, I hope you enjoy today’s holidays and observances, a music link to Black Eyed Peas, factoids of interest for this day in history, happy that your marriage or relationships are free from infidelity one, a relevant quote from the Jack Kilby, secure in the knowledge that if you want to find a gift for any memorable events like birthdays, weddings, or anniversaries, you know that the Alaskanpoet can provide you with a unique customized poem at a great price tailored to the event and the recipient. You need only contact me for details.
1. International Permaculture Day—started in Australia and celebrated on the first Sunday in May and now celebrated in 35 nations to promote awareness of how to practice agriculture that is sustainable by reducing the need for non renewable resources, the loss of biodiversity and the loss of millions of tons of irreplaceable top soil.
2. Infertility Survival Day—created in 2004 by Beverly Barna, author of Infertility Sucks: Keeping It Together When the Egg and Sperm Stubbornly Remain Apart and celebrated on the first Sunday before Mothers’ Day to allay some of the pain felt by those who cannot conceive.
3. 2009 Number One Song—celebrating the number one song in 2009 on a run of 12 weeks in that position “Boom Boom Pow” by Black Eyed Peas. Here is a recording of Black Eyed Peas performing the song: https://www.youtube.com/watch?v=4m48GqaOz90
4. Word of the Day—today’s word of the day is “bibliopole” which is a seller of books, especially rare ones.
5. Do Not Cry For Me—celebrating the birth on this day in 1929 of Eva Maria Ibaguren better know to the world as Eva Peron who could have been a moderating force on Juan Peron but died too soon of cervical cancer at the age of 33.
On this day in:
a. 1846 America’s oldest surviving weekly the Cambridge Chronicle published its first issue and is still going strong after a merger with Tab’s Chronicle Communications in 2012.
b. 1920 in behavior so typical of the Russians, Russia signed a treaty with Georgia recognizing its independence only to invade it six months later.
c. 1952 Geoffrey Dummer published the concept of the integrated circuit, the basis for all modern computers.
d. 1998 Mercedes Benz purchased Chrysler for $40 billion and formed Daimler Chrysler.
e. 2004 in a chilling preview of the barbarity of ISIS, American radio tower repairman Nicholas Berg, who had gone to Iraq after the American invasion and had been kidnapped in April of 2004, was beheaded which was captured on a video. The barbarian who is believed to have committed the heinous crime is on this Earth no more.
Reflections on the impact of integrated circuits on the cost of the device: “The first calculators tended to sell for $400 or $500. Today, you can get a pretty good one for 4 or $5.” Jack Kilby, co-creator of the intergrated circuit along with Robert Noyce. Please enjoy the poems on events of interest on my twitter account below (if you like them, retweet and follow me) and follow my blogs. Always good, incisive and entertaining poems on my blogs—click on the links below. Go to www.alaskanpoet.blogspot.com for Ridley’s Believe It Or Not—This Day in History, poems to inspire, touch, emote, elate and enjoy and poems on breaking news items of importance or go to Ridley's Believe It Or Not for just This Day in History.
© May 7, 2017, Michael P. Ridley aka the Alaskanpoet
Alaskanpoet for Hire, Poems to Admire


Poet Extraordinaire Beyond Compare
The Perfect Gift, All Recipients to Receive Lasting Lift
Posted by Michael P. Ridley aka the Alaskanpoet at 3:39 PM